The little town Mindo is located on the lower western slopes of the Andes close to Quito in a terrific rain forest. Many different birds like toucans and hummingbirds can be seen there. Its vegetation is abundant, its climate is perfect for orchids and other beautiful plants. Ecuador's hot northern Pacific coast is little Africa because the majority of its inhabitants are descendants of former slaves. This region is touched only punctually by tourism despite marvelous beaches and picturesque villages. Its largest town Esmeralda is Ecuador's main port for oil, which is found on the eastern slopes of the Andes. 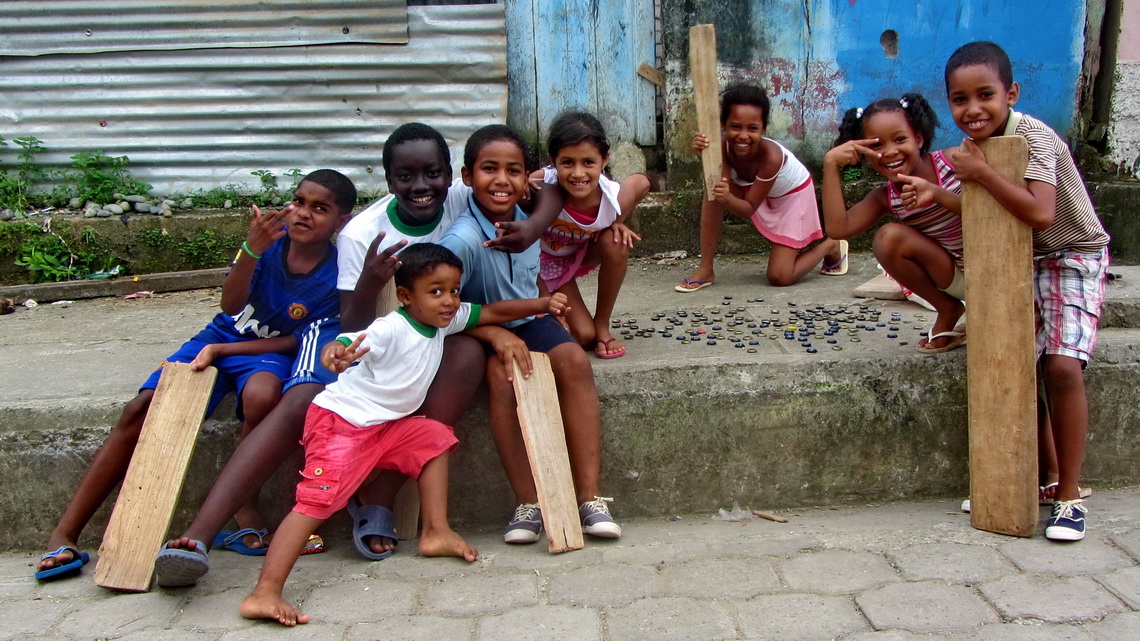 Before we flew back from Ecuador to Germany beginning of May 2014 we did a circle from Ibarra via the good street to the coast (San Lorenzo), along Ecuador's northern coast to Galera and to Quito over the direct excellent road which touches Mindo.

Hans-Joerg from Finca Sommerwind (see article Pico Fuya Fuya) recommended us to have dinner at Don Giovanni's restaurant in Las Peñas, the closest beach town to Ibarra. Indeed this was a direct hit and we could sleep behind the restaurant on the beach. Don Giovanni is fond of Bob Marley; pictures, sculptures, and other stuff of him are everywhere like his music. 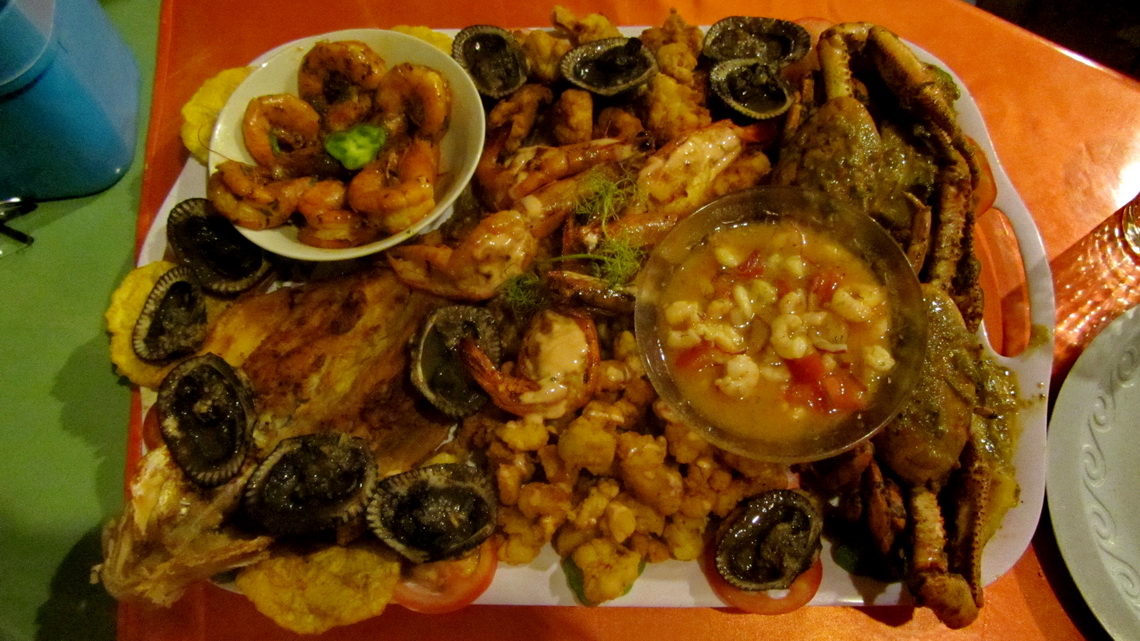 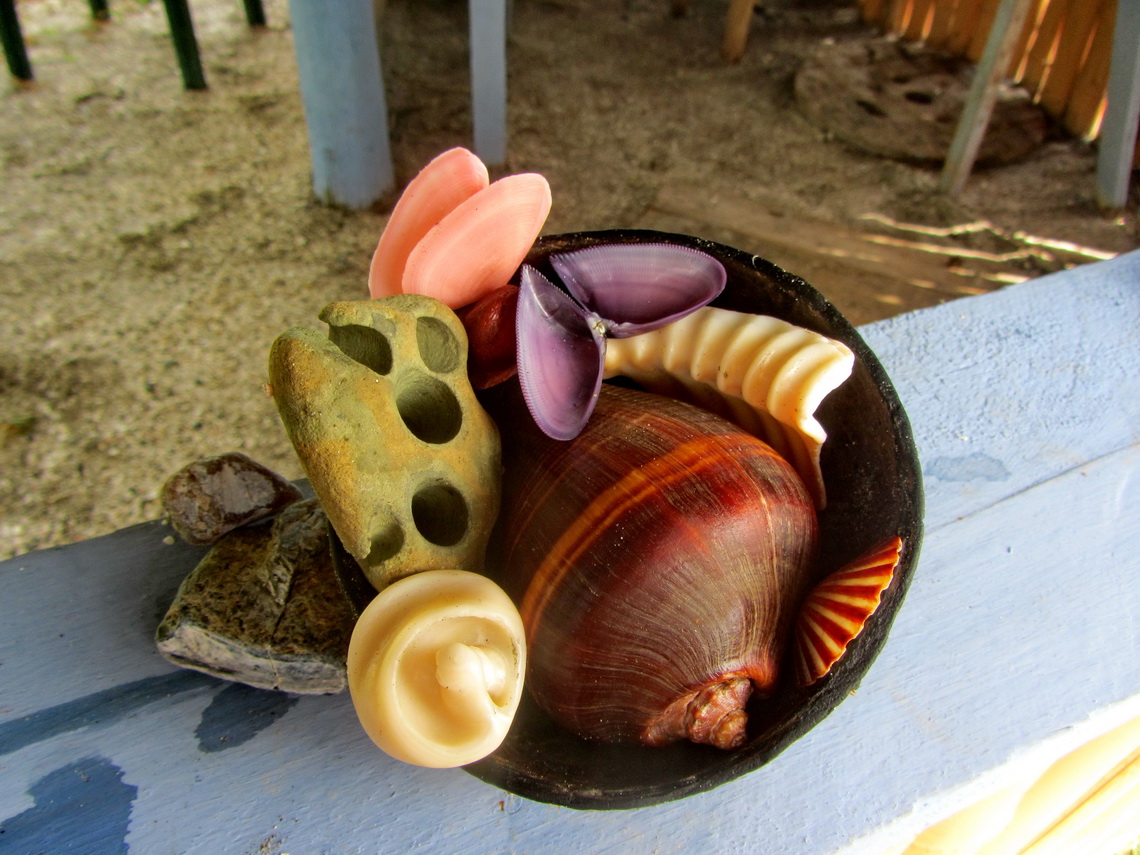 Besides Las Peñas Borbón and Camarones are the most interesting villages east of Esmeraldes. 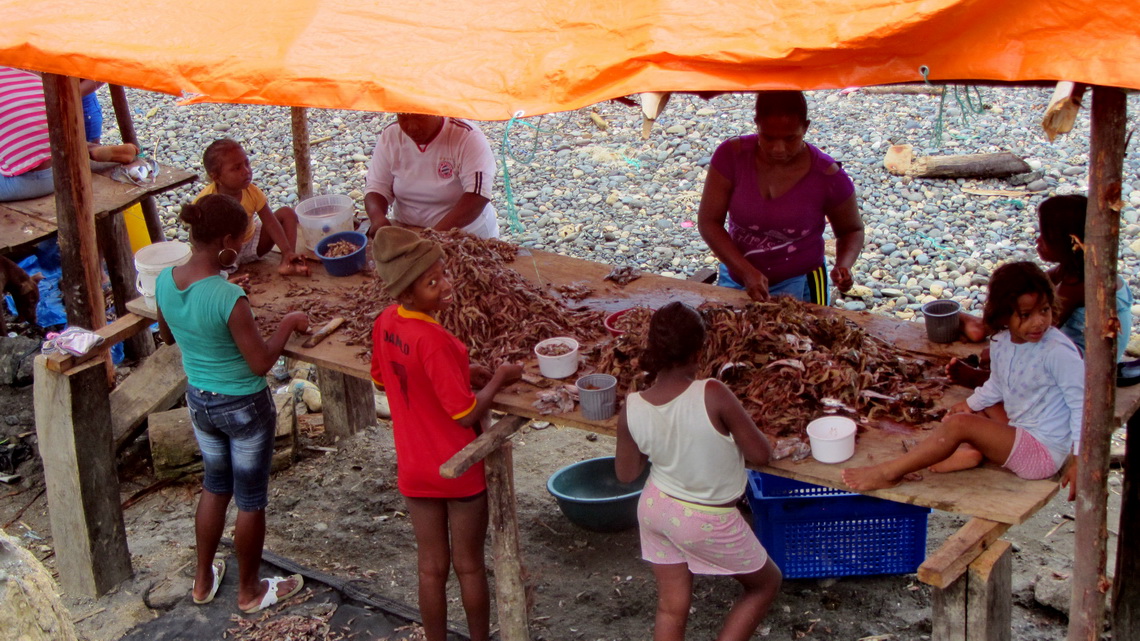 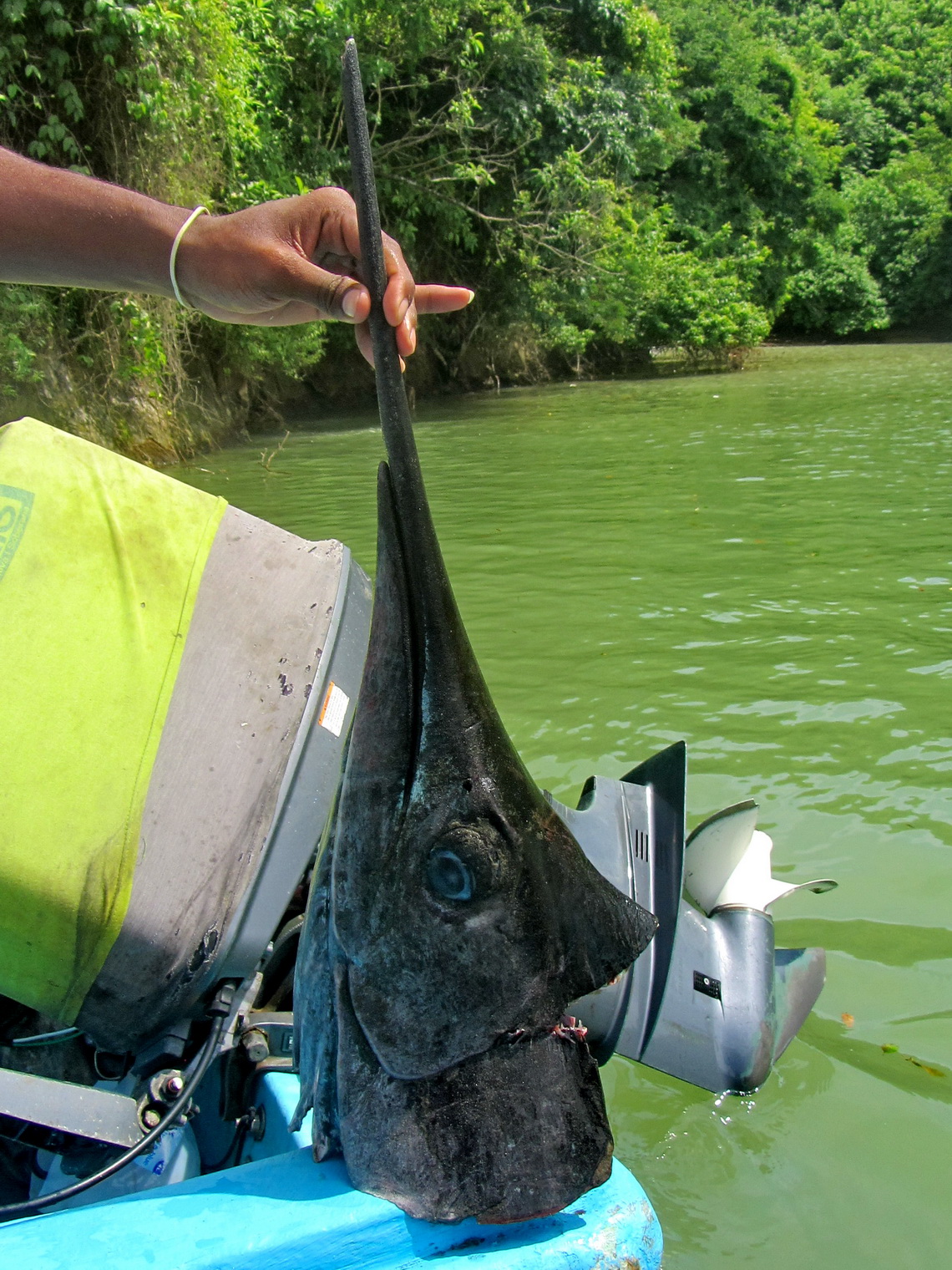 We spent one night on the beautiful campsite of Playa Escondido (GPS coordinates: N0° 49.062' W80° 00.270'). The morning had a nice surprise for us because Viola and Bernd arrived. It turned out that they were always one day behind us. After chatting the whole forenoon they continued the small side side road along the coast, which is paved only the first few kilometers. We did not expect to see each other again and said sadly goodby. 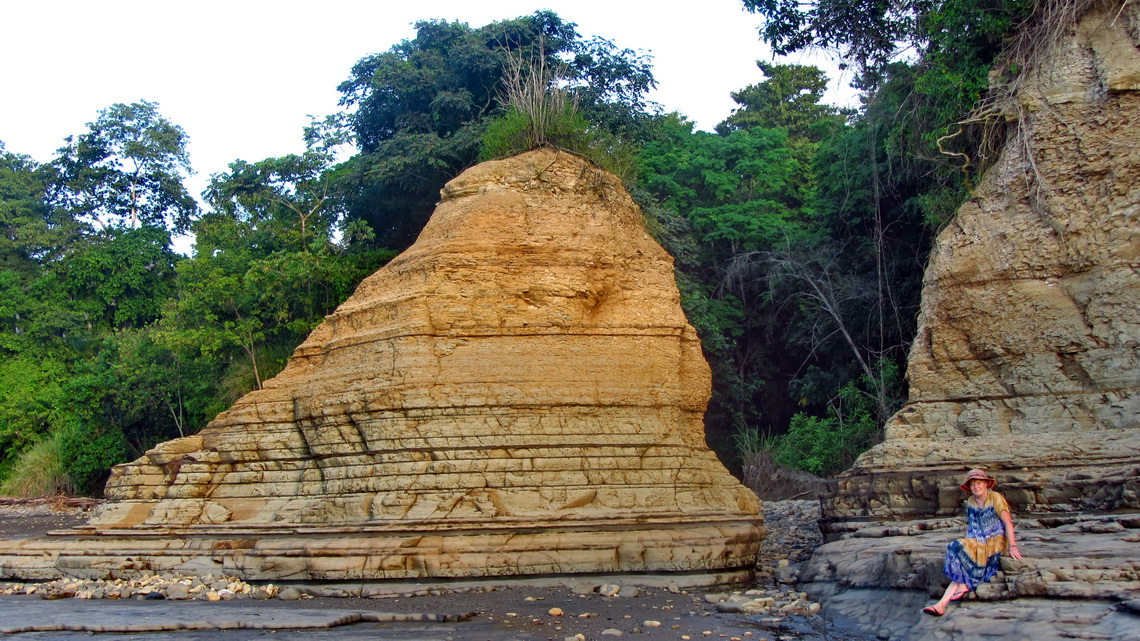 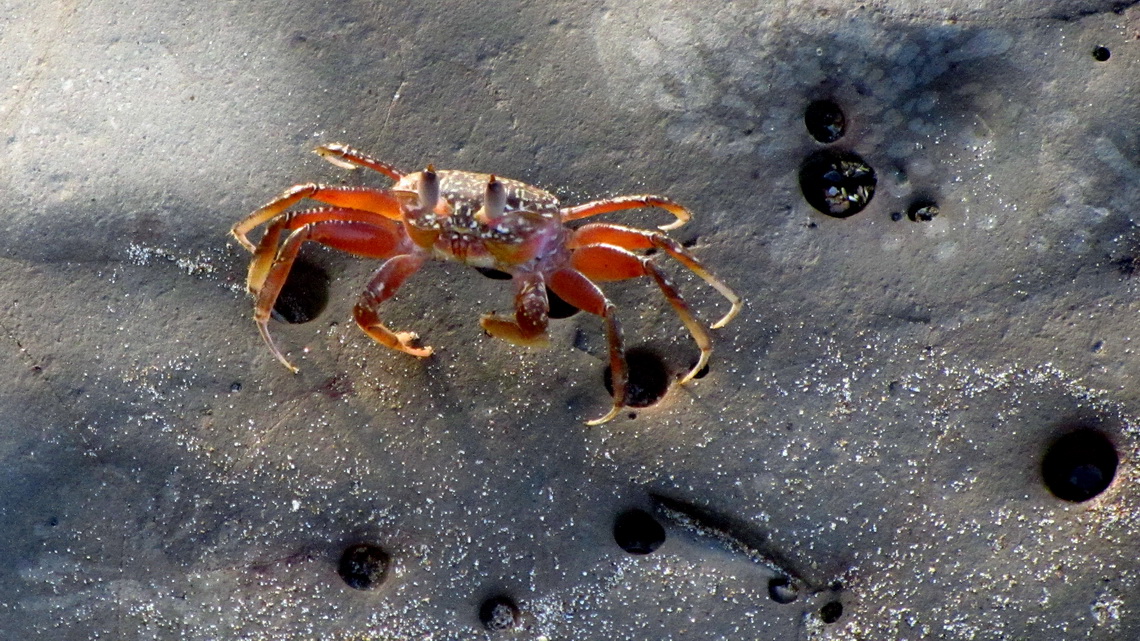 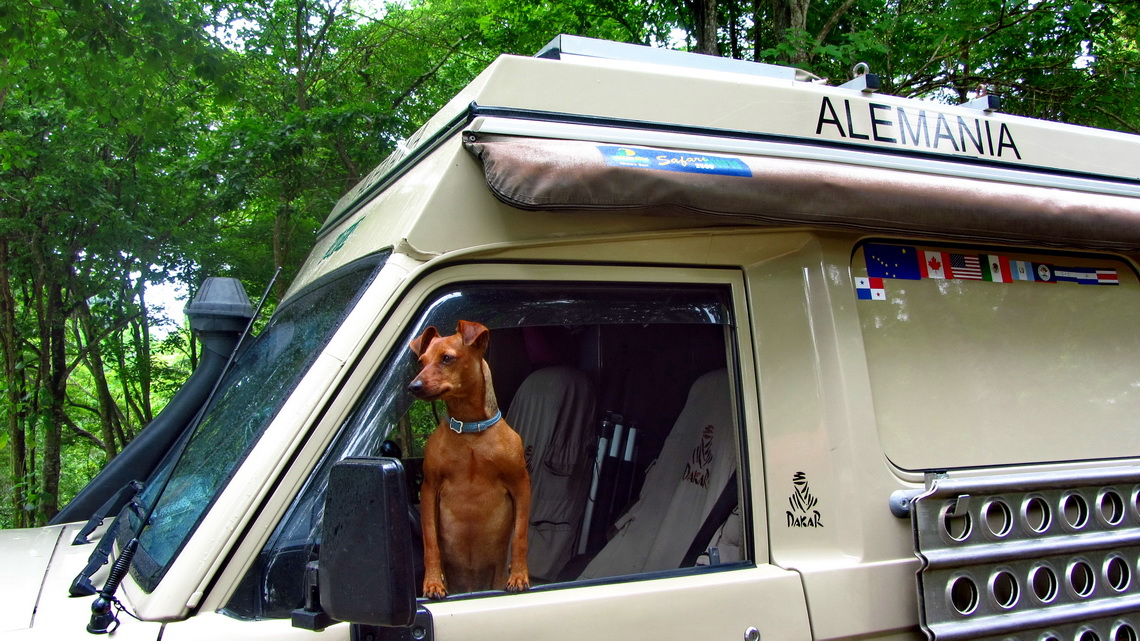 We returned the small side road when it became dirty and muddy. In the little town Galera we stayed few hours on its marvelous beach for at lunchtime. Suddenly few girls came and inspected our car deeply, e.g. they opened all drawers. More girls came and were curious, too. We had so much fun with them but they disappeared in a hurry when boys were coming. 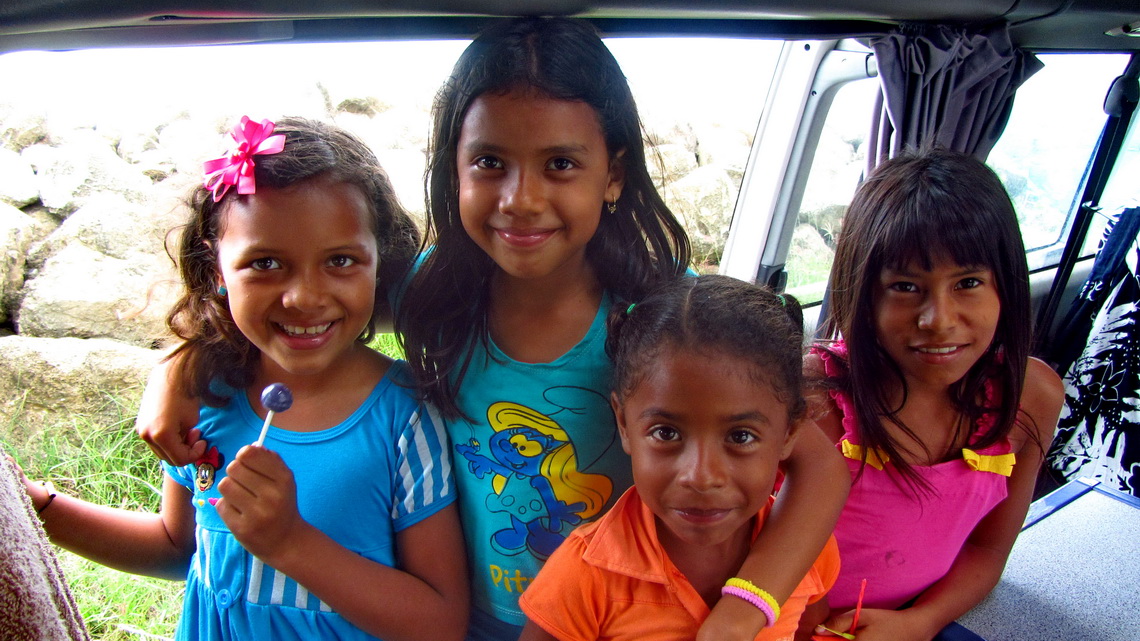 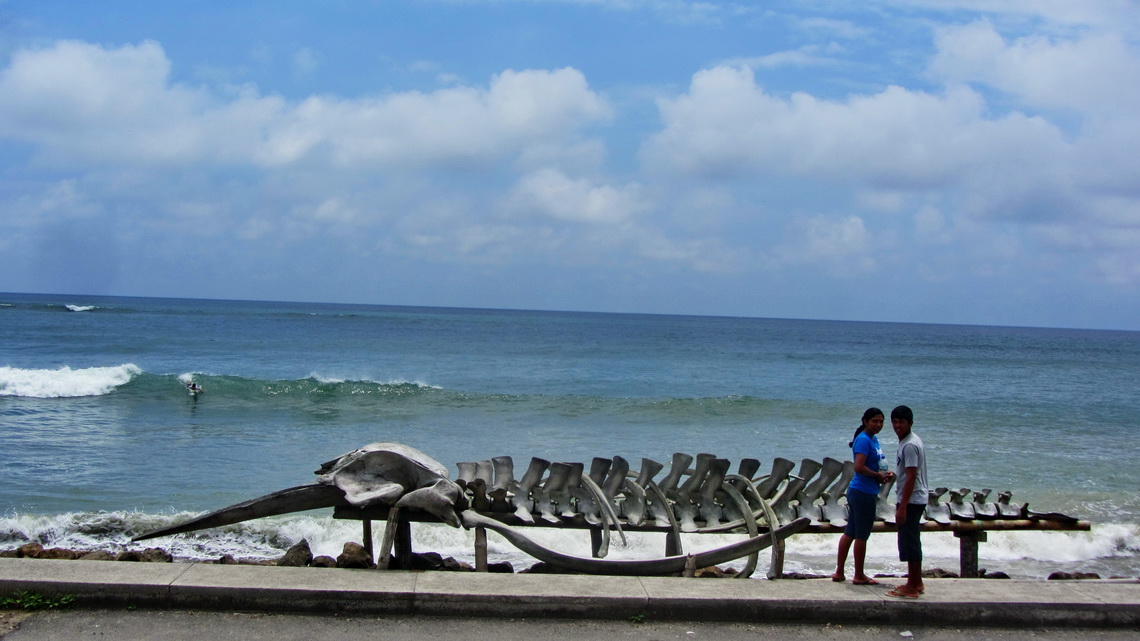 In Mindo an elderly Colombian waitress caught us, jumped in our car and directed us to the wonderful resort Hotel el Descanso, where we could camp on the parking lot (GPS coordinates: S0° 03.285' W78° 46.639'). It was a rainy afternoon but we explored the path to the Mindo river. 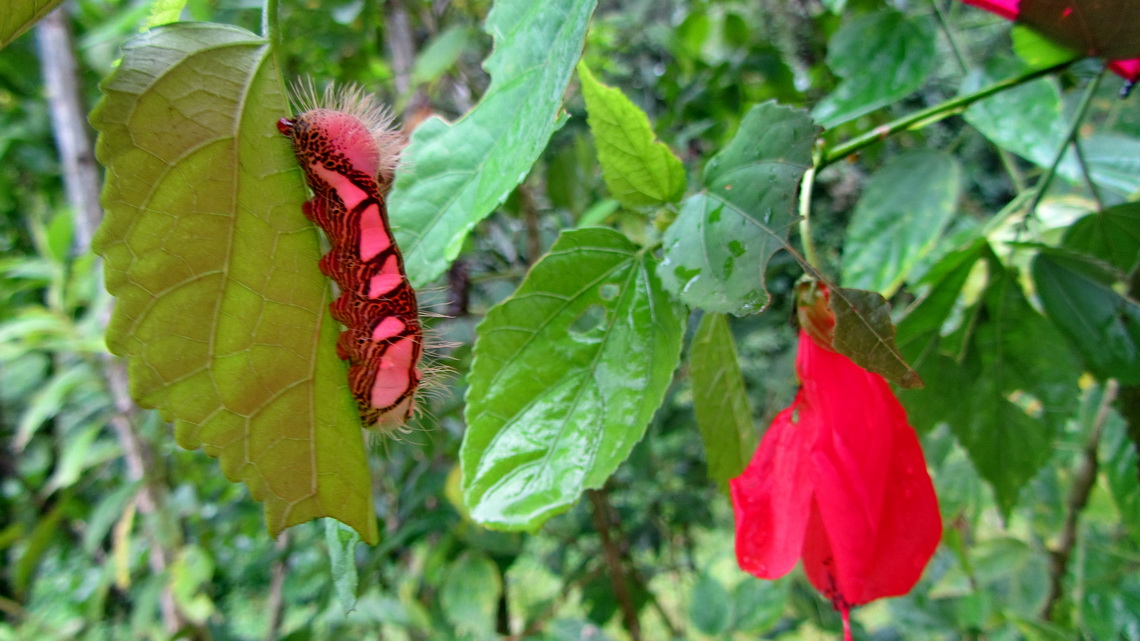 When we came back to town we saw Viola's and Bernd's car driving slowly in the main street. Apparently they were searching for a campsite. Alfred ran like lightning and could stop them after several hundred meters. Of course they came to the Hotel el Descanso and we had a funny dinner in the restaurant with the Colombian waitress.

The weather was fine on the next morning and we could watch the birds in the garden of the hotel - unbelievable many different kind of colorful hummingbirds, toucans and others. A real top highlight! 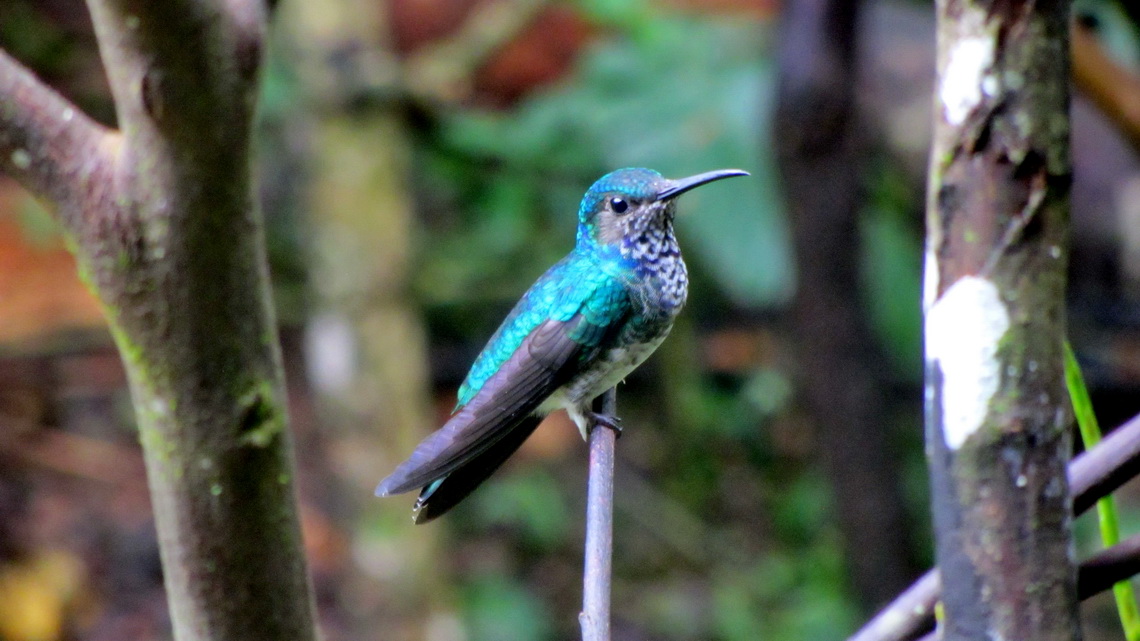 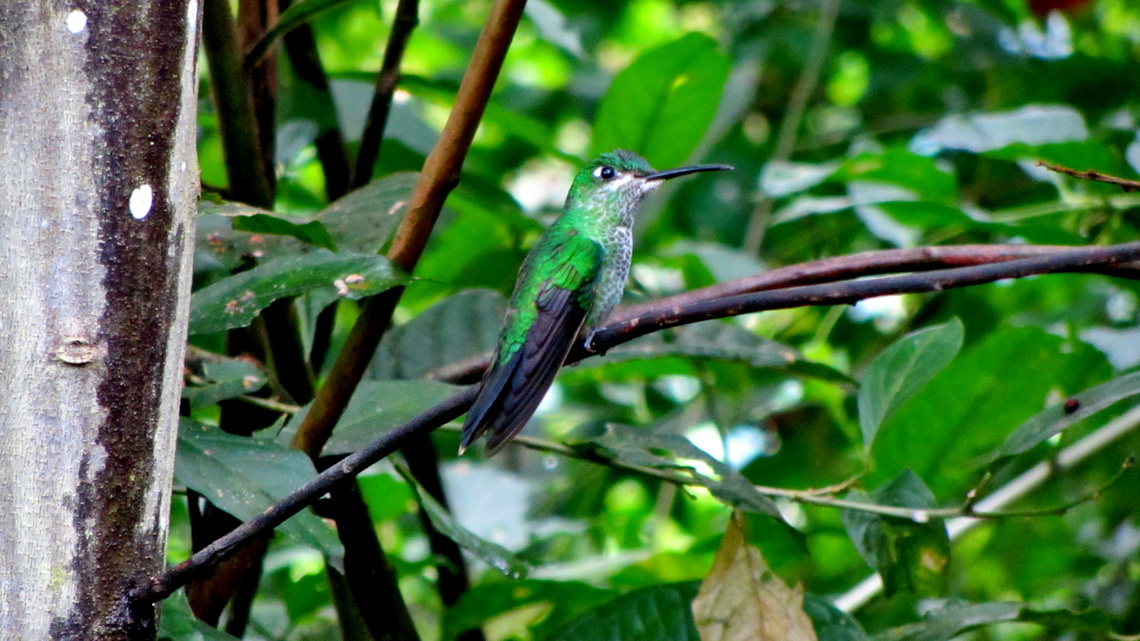 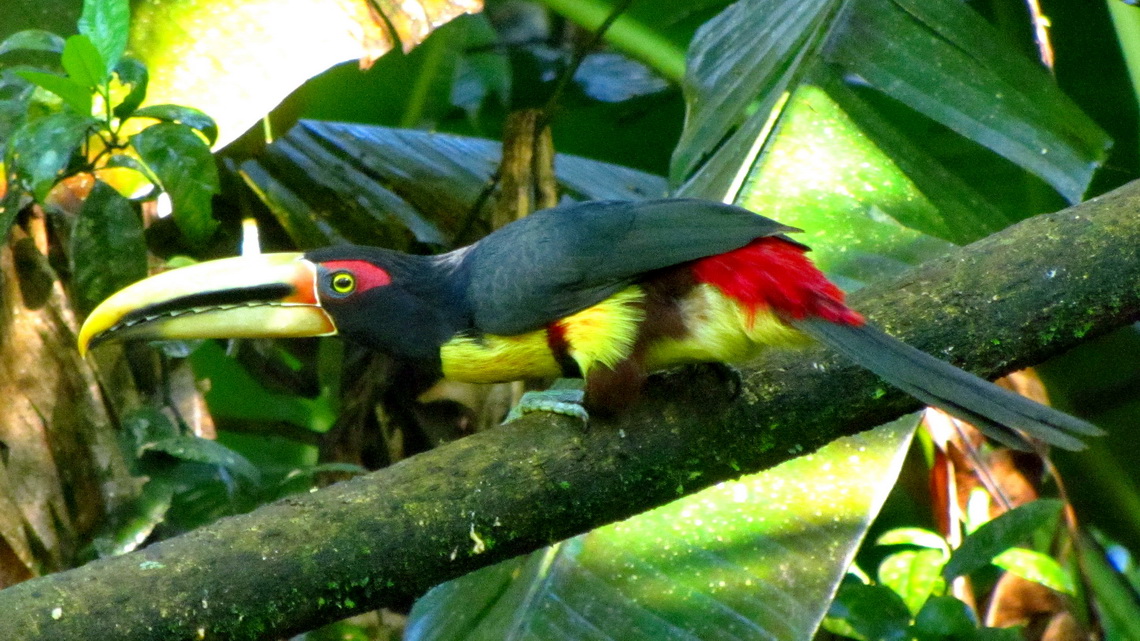 Close to the Hotel el Descanso is a botanic garden with incredible orchids. Some were so small that we needed magnifiers to see them. 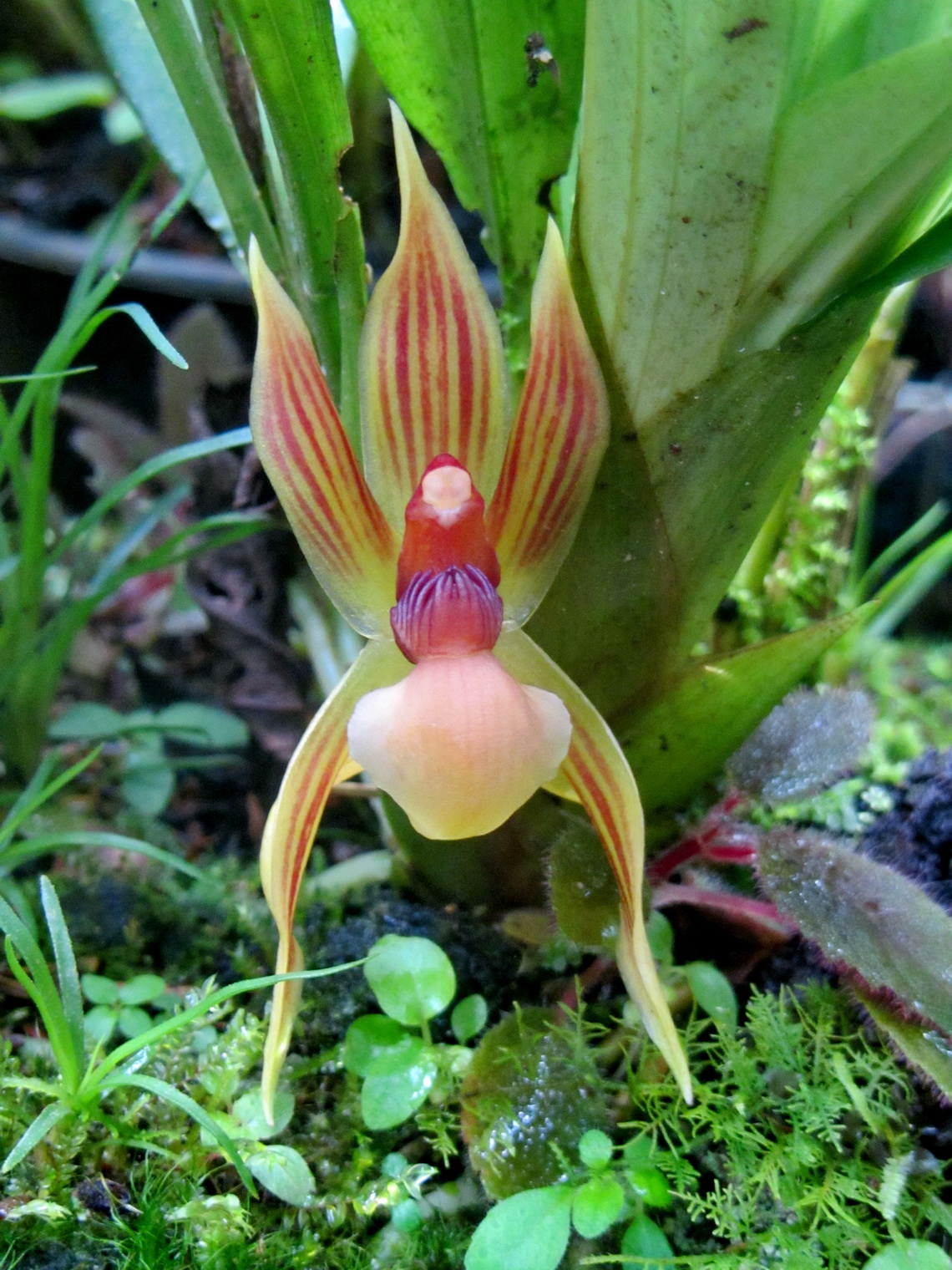 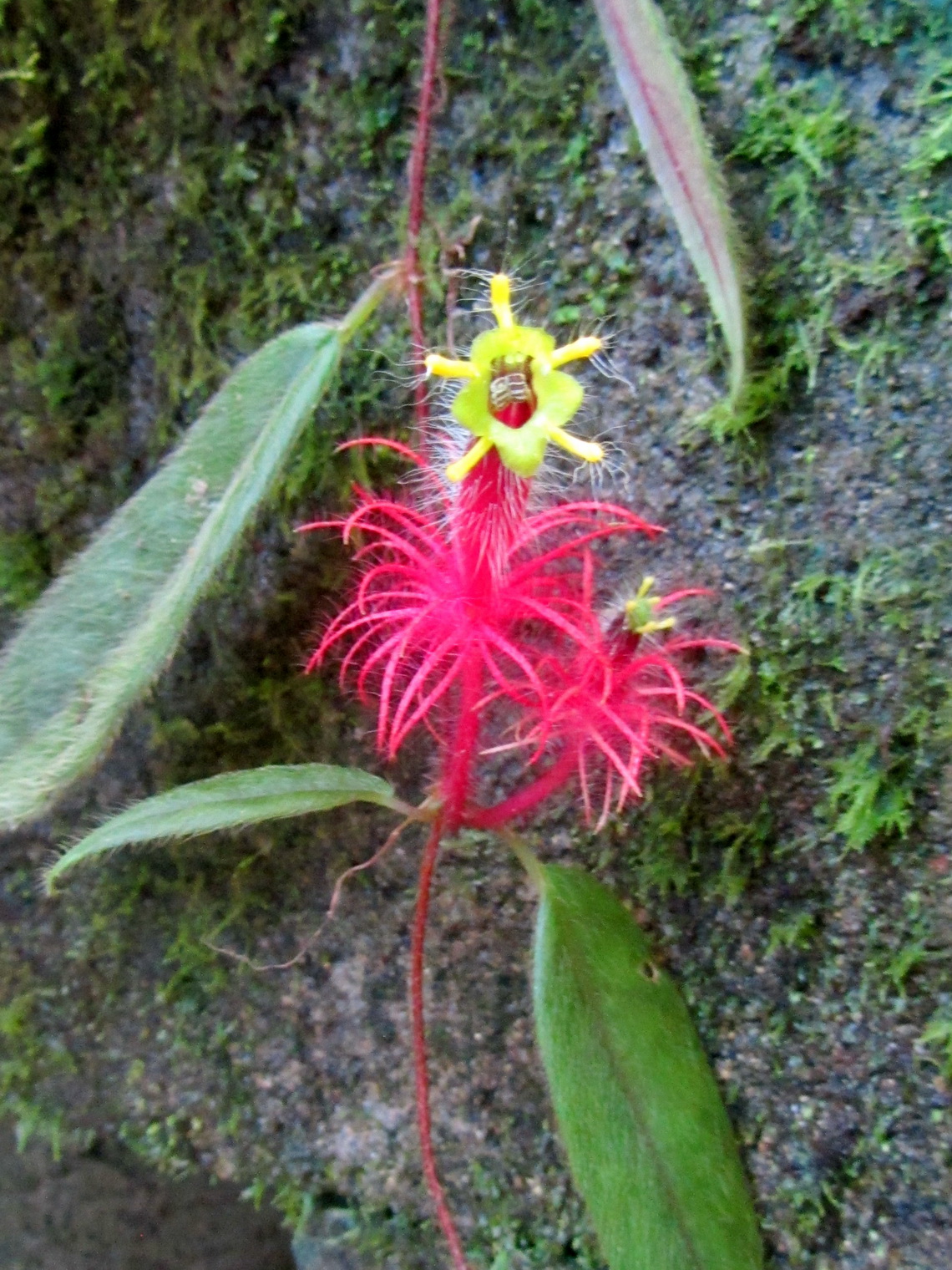 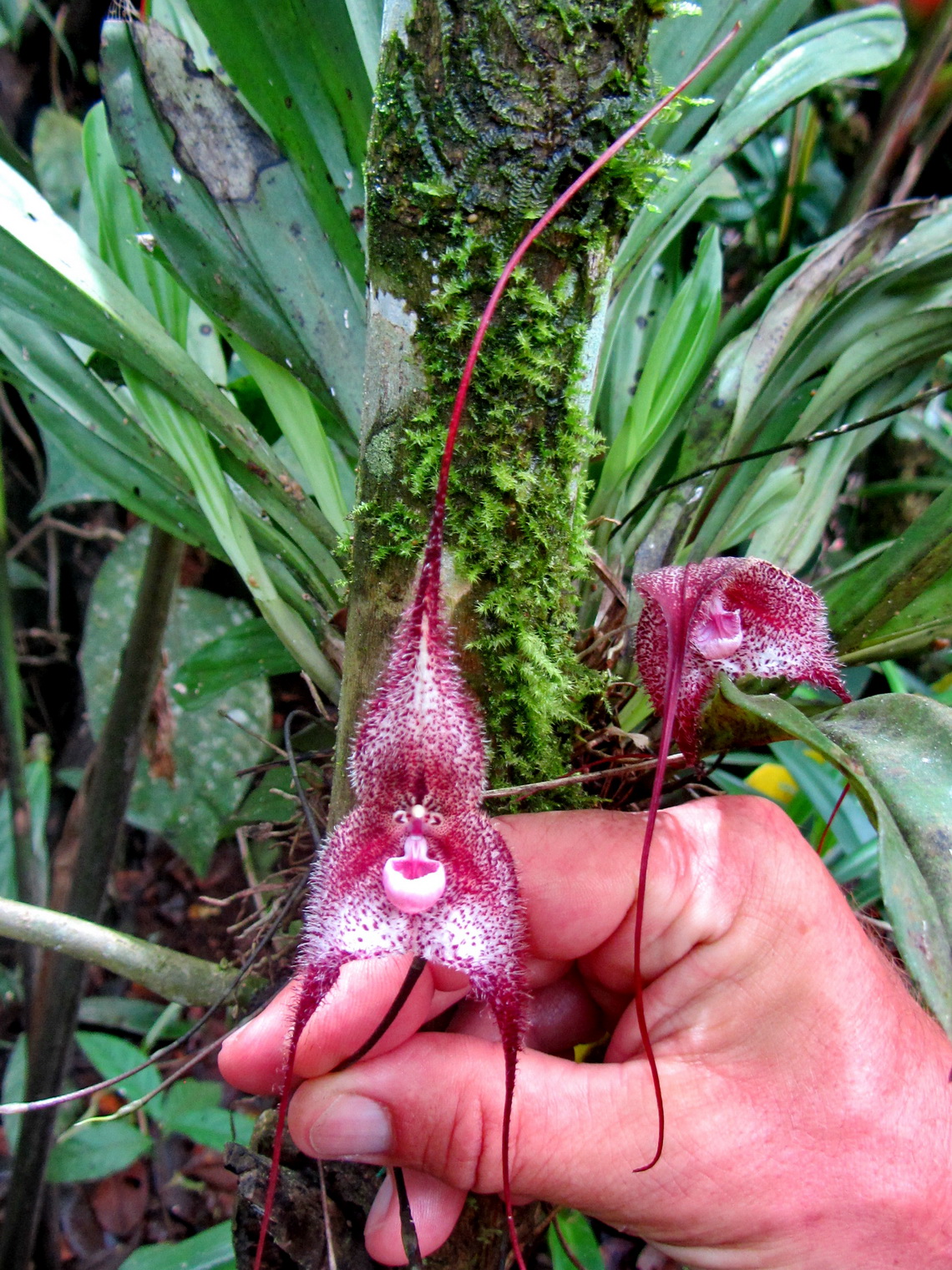 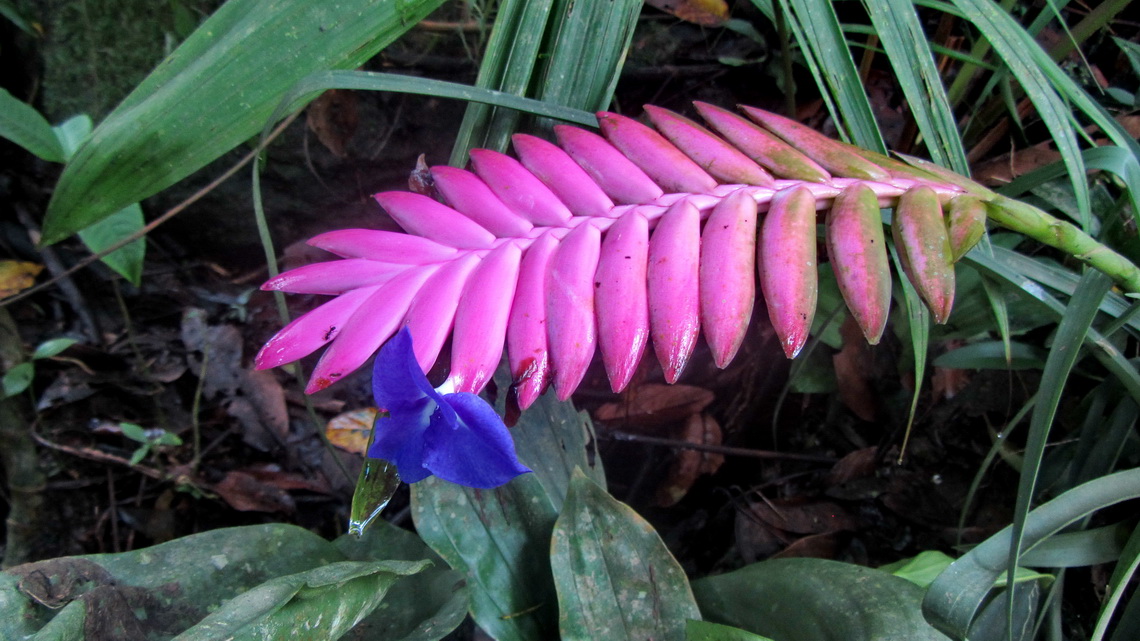 Hiking is popular in Mindo, there are some nice trails. Together with Viola and Bernd we did a very special one with some weird obstacles. 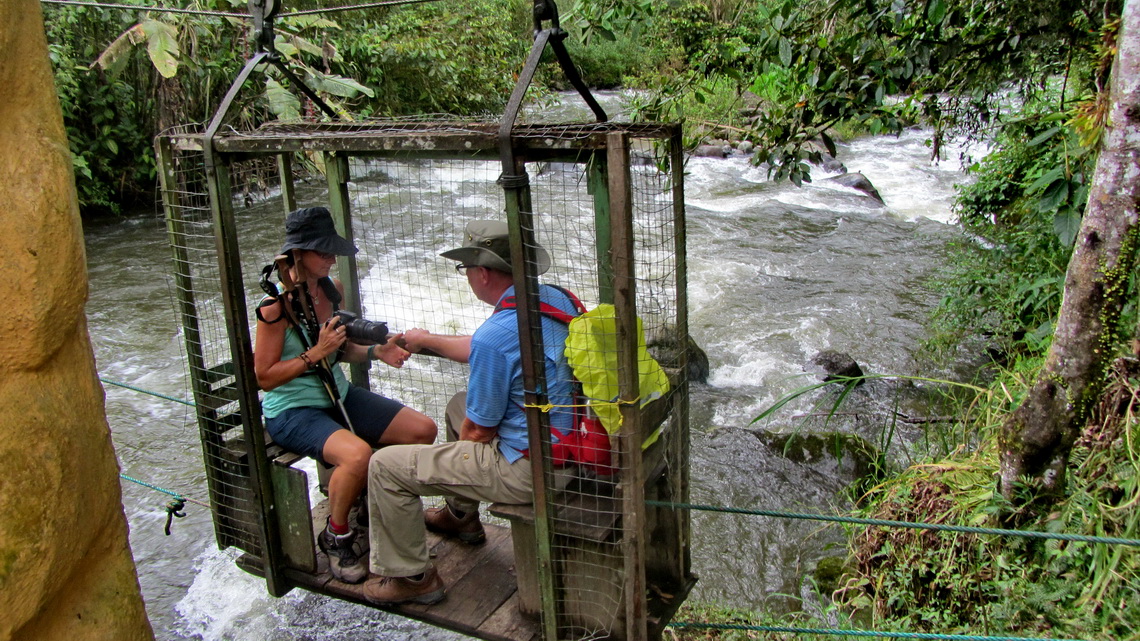 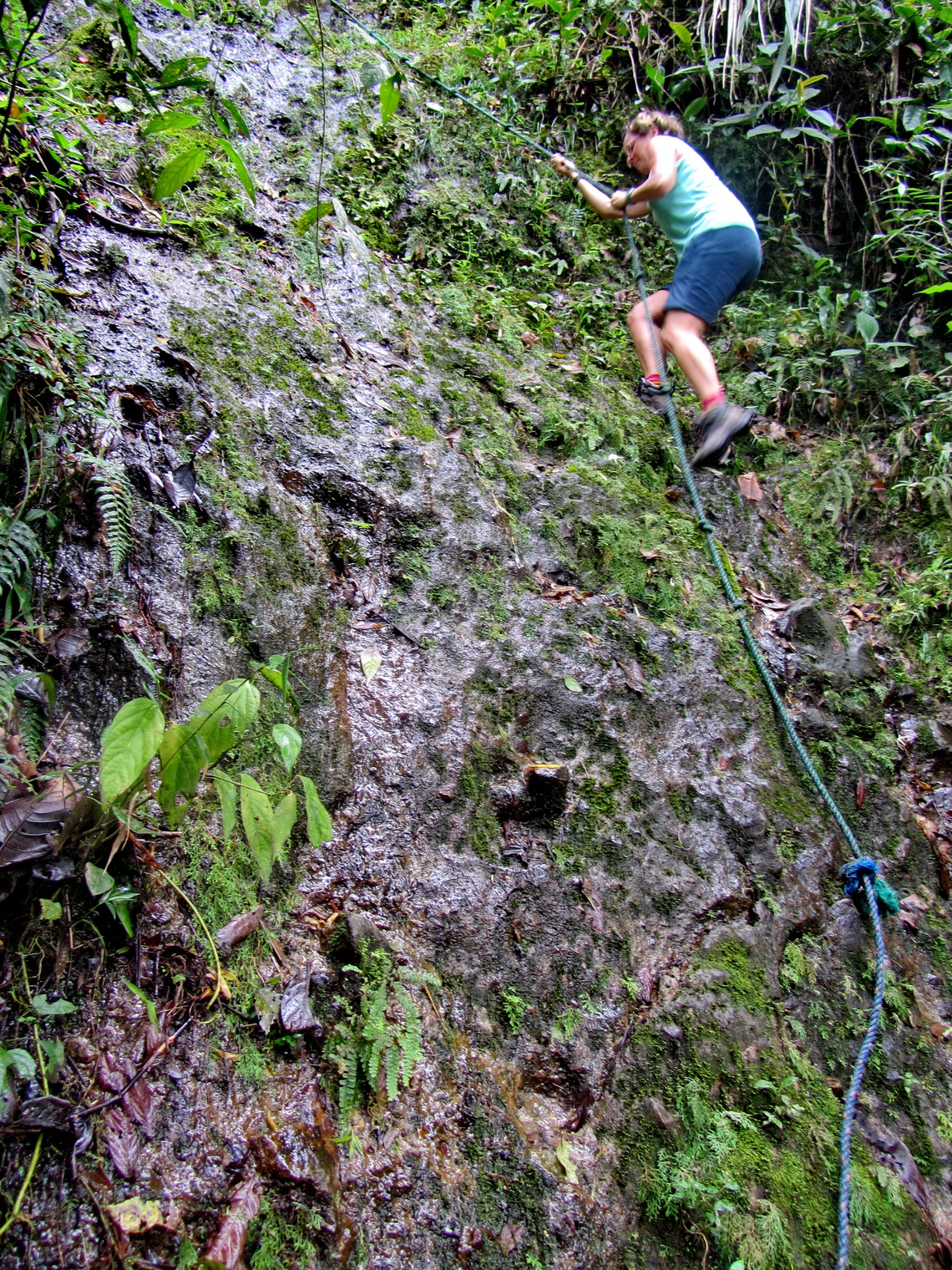 On the next morning we had to say good-bye to Viola, Bernd and Jack again - Thanks a lot we had so much fun.