We saw incredible much wildlife on our way from Calgary to Alaska via Dawson City. After seeing 13 bears on one single day we stopped counting them. 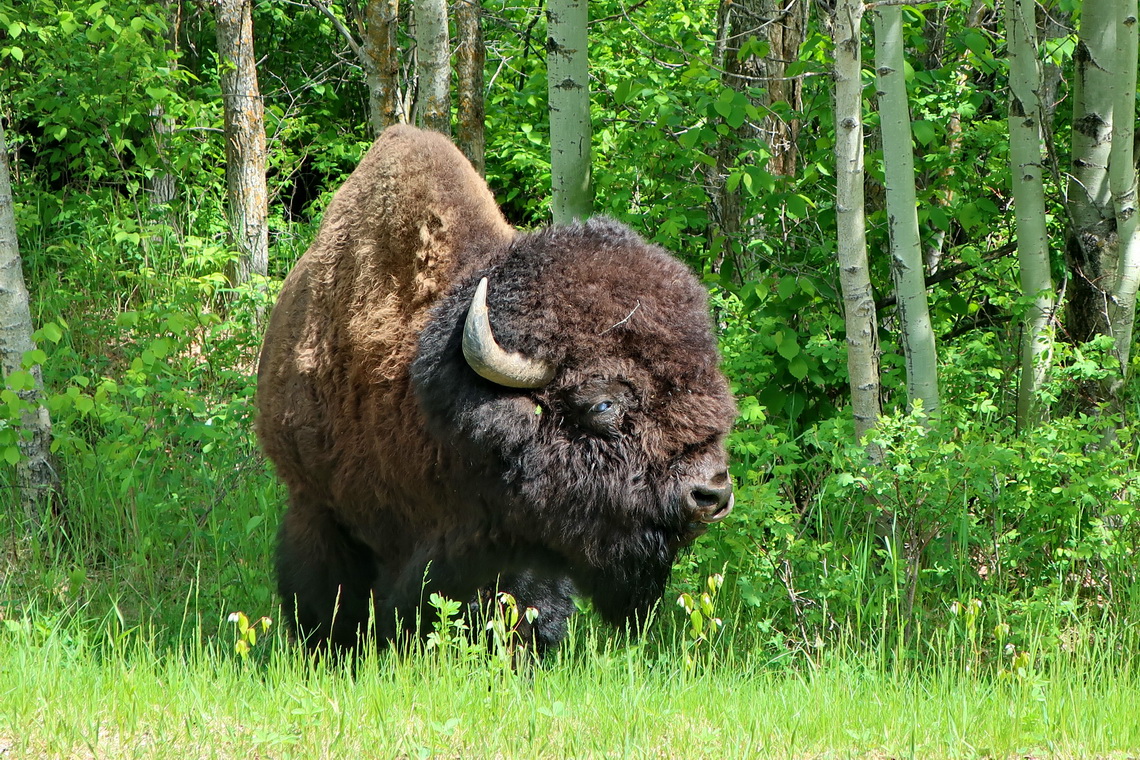 We left Germany in the late afternoon of June 4th 2019 and had an interesting flight to Calgary with Condor with awesome views of Greenland and northeastern Canada. 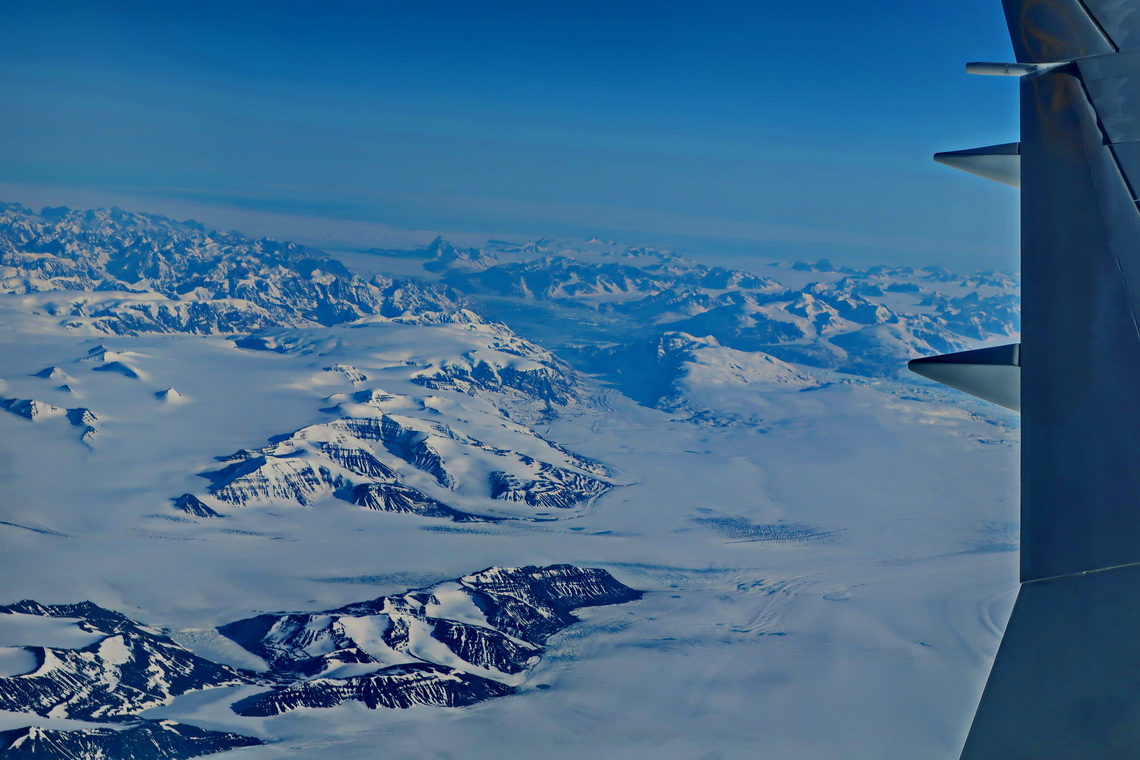 Everything was okay with our little camper and we headed to Edmonton, Alberta's capital. We strolled along North Sasketchewan River and to its center. For our feeling it is a little bit boring city and not as nice as Calgary. 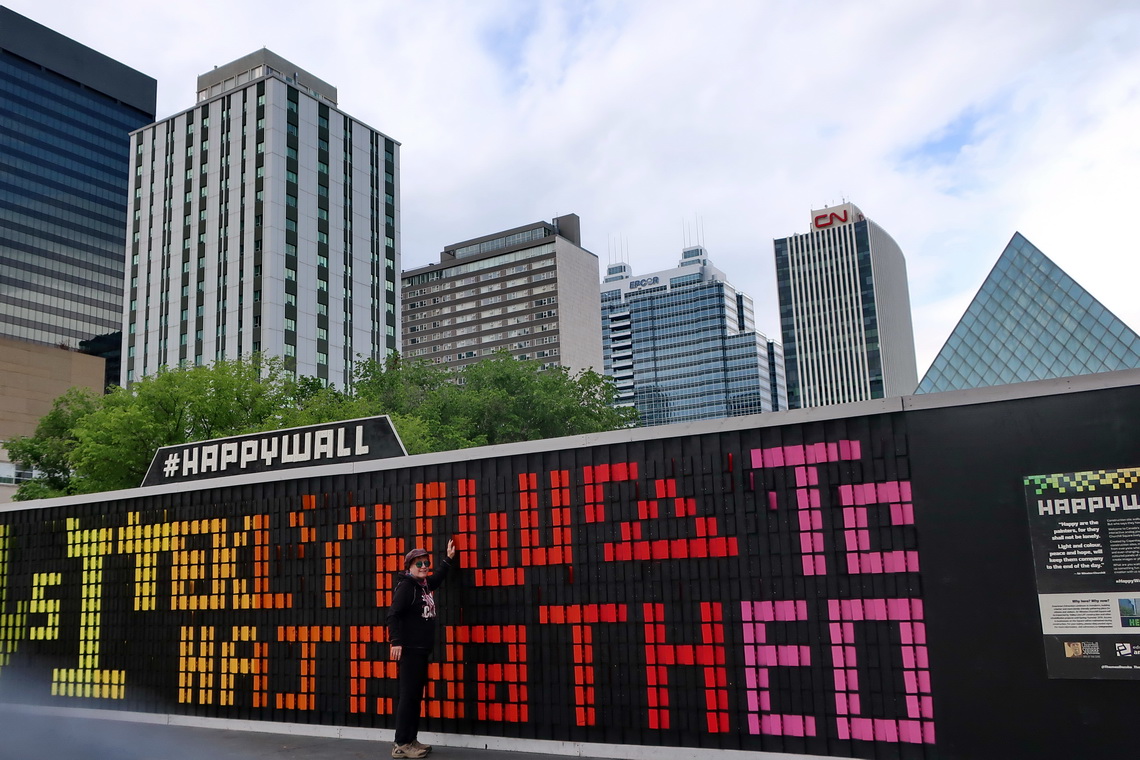 The highlight of Edmonton is Elk Island National Park which is located 40 kilometers East of town. This is not the direction to Alaska but the detour is highly recommended because of its stunning game and superb hiking trails. We spent two days in this wonderful park and could sleep free of charge in front of the Visitor Center. 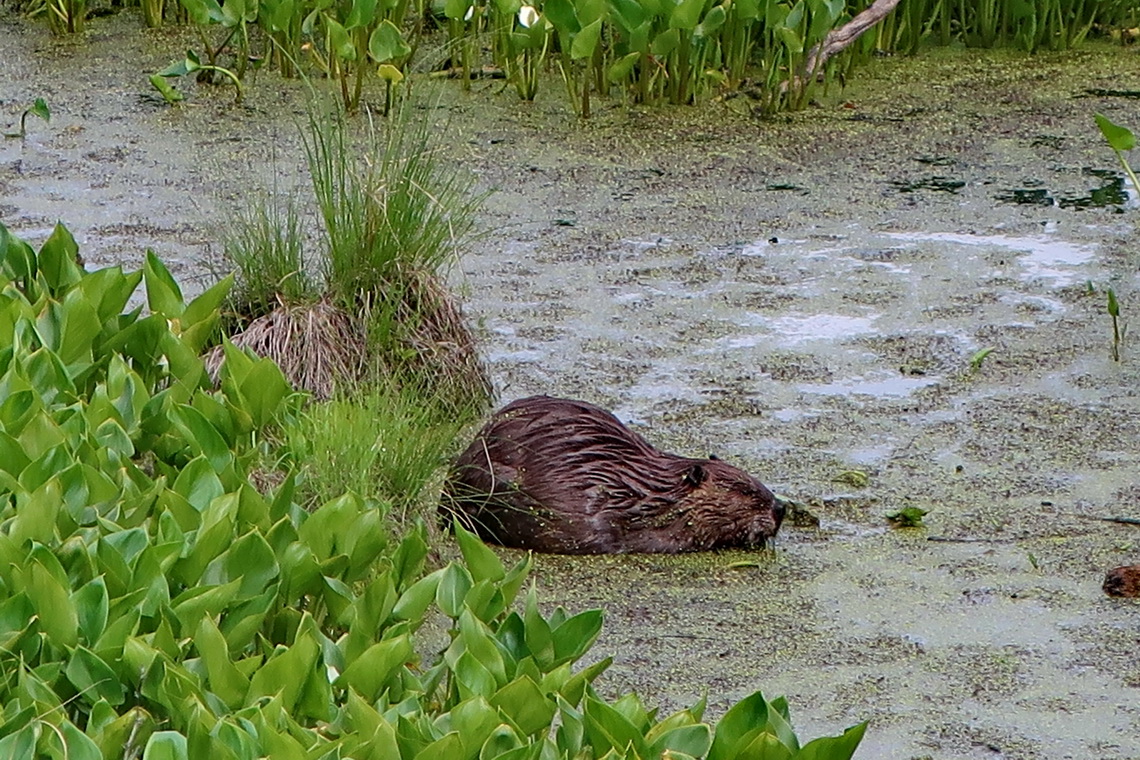 June 11th 2019 we came to the famous Alaska Highway where we continued to Whitehorse within eight days. 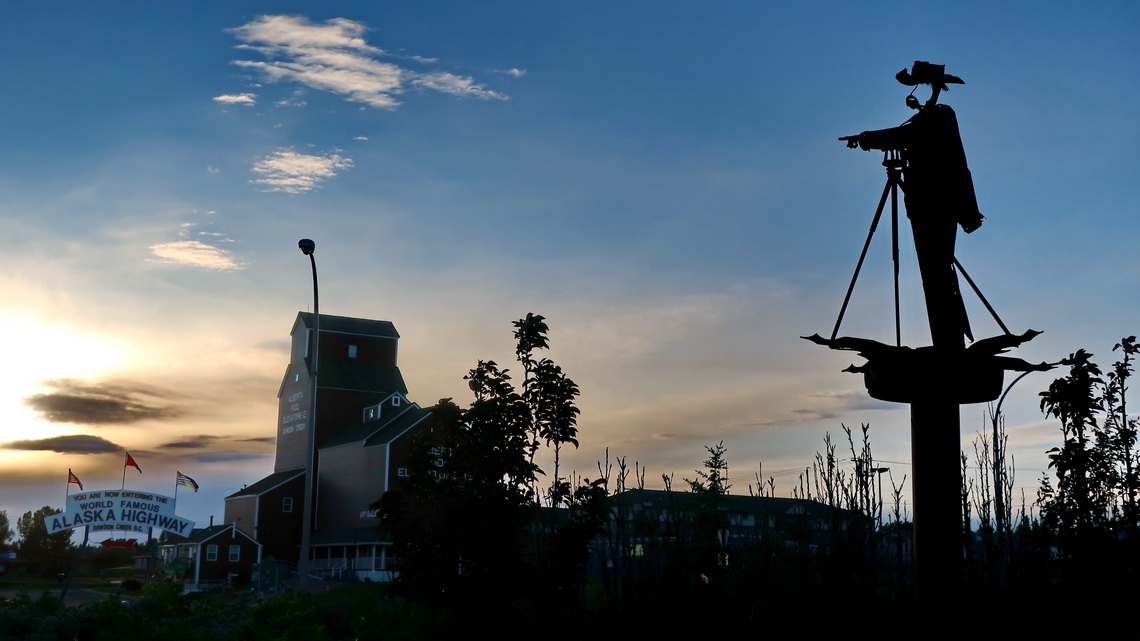 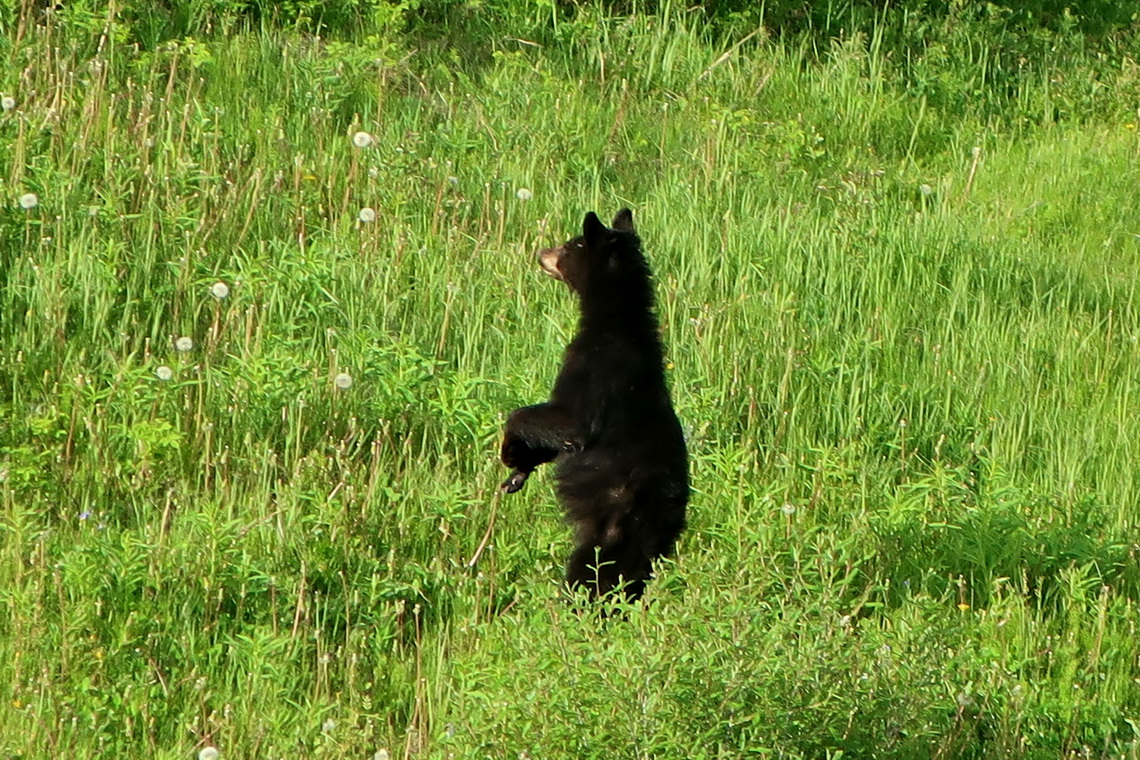 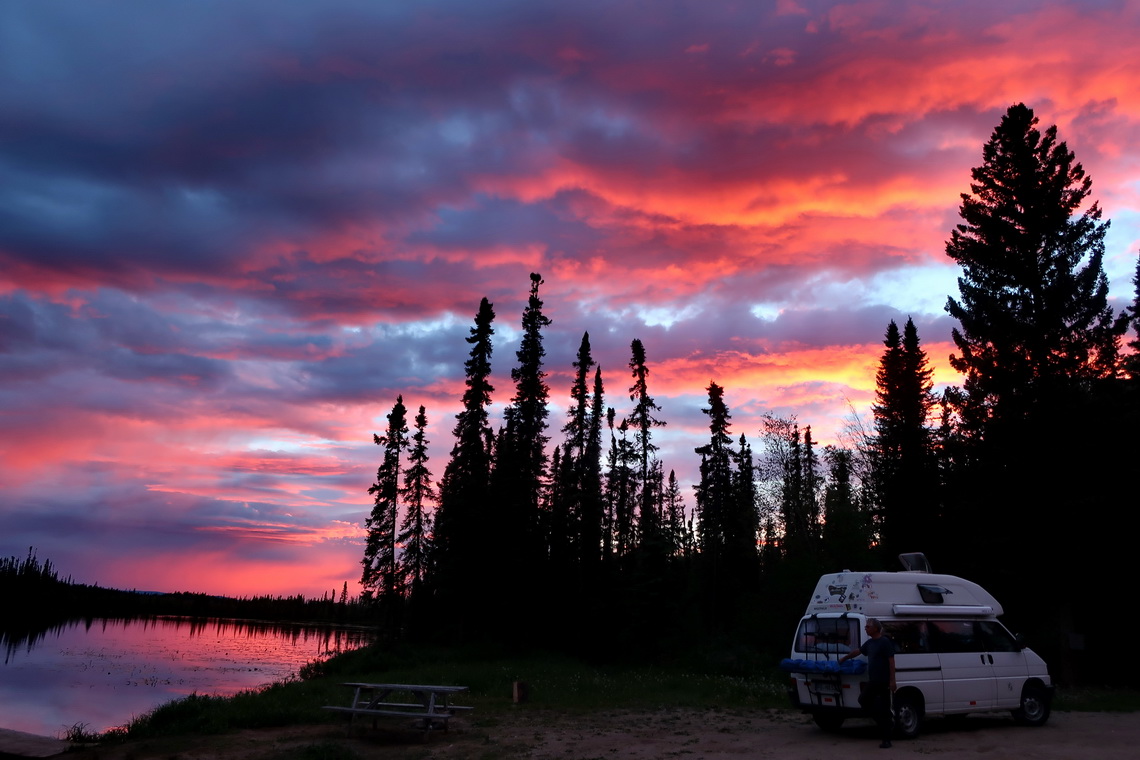 Alaska Highway crosses the very northern Rocky Mountains where we did some splendid hikes. The first one was part of Teetering Rock Trail to a nice viewpoint, which was a little bushy. Secondly we climbed up 2010 meters high Summit Peak which was a quit alpine trip on a full day without seeing anybody else. We investigated the first part of Baba Canyon and walked the interesting Mineral Licks Trail.

The Visitor Center of Fort Nelson provides the booklet Hiking and Motorized Trail Guide with very detailed descriptions including maps of the trails free of charge. Our tracks of Teetering Rock and Summit Peak are included in the GPS coordinates file of British Columbia. 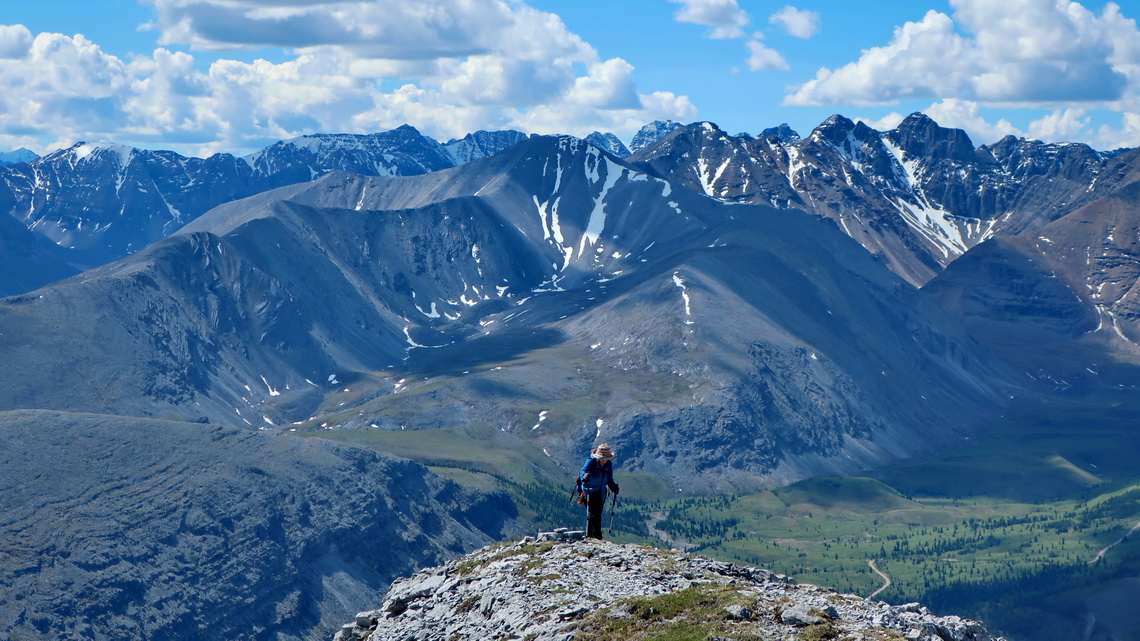 Another highlight are the cozy Liard Hot Springs which are close to the Yukon / British Columbia border. There we met friendly people, saw nice cars and many animals on the street. 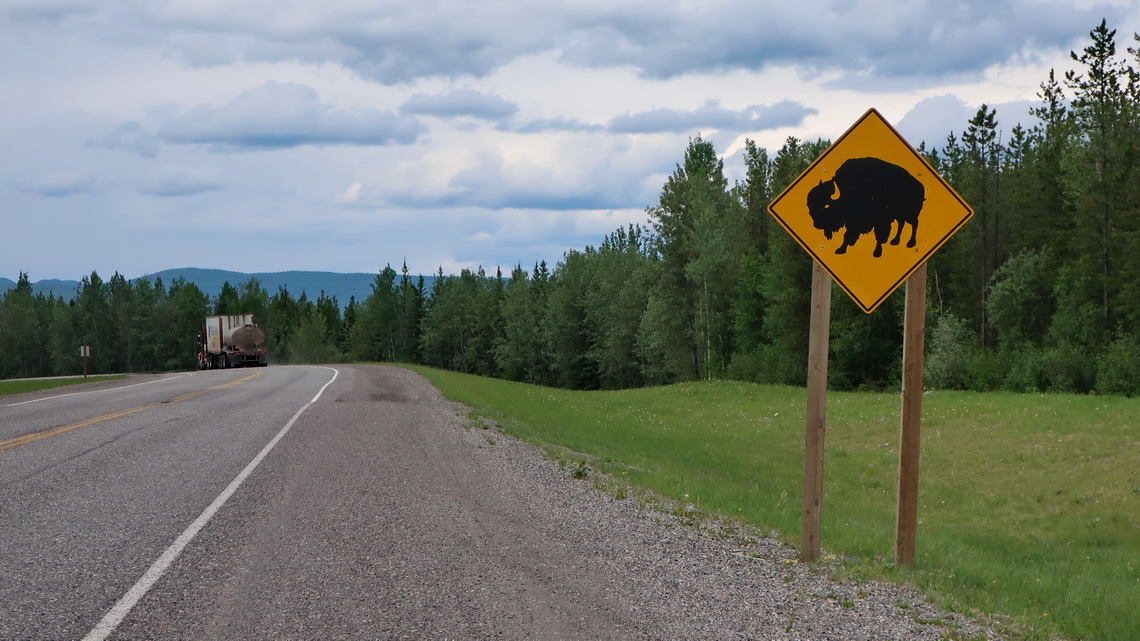 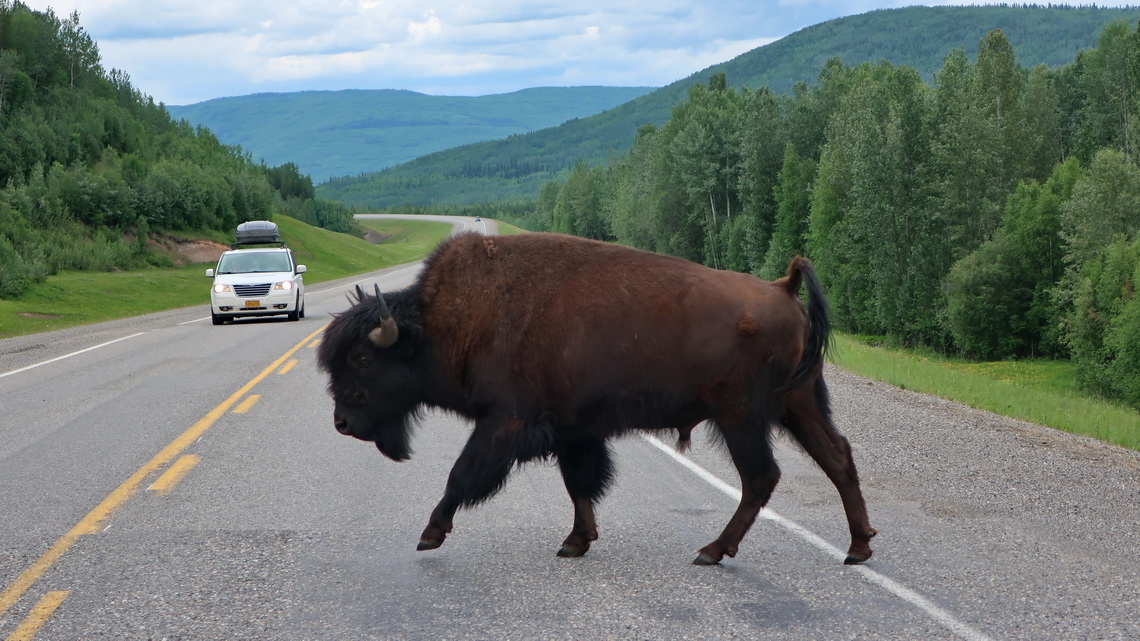 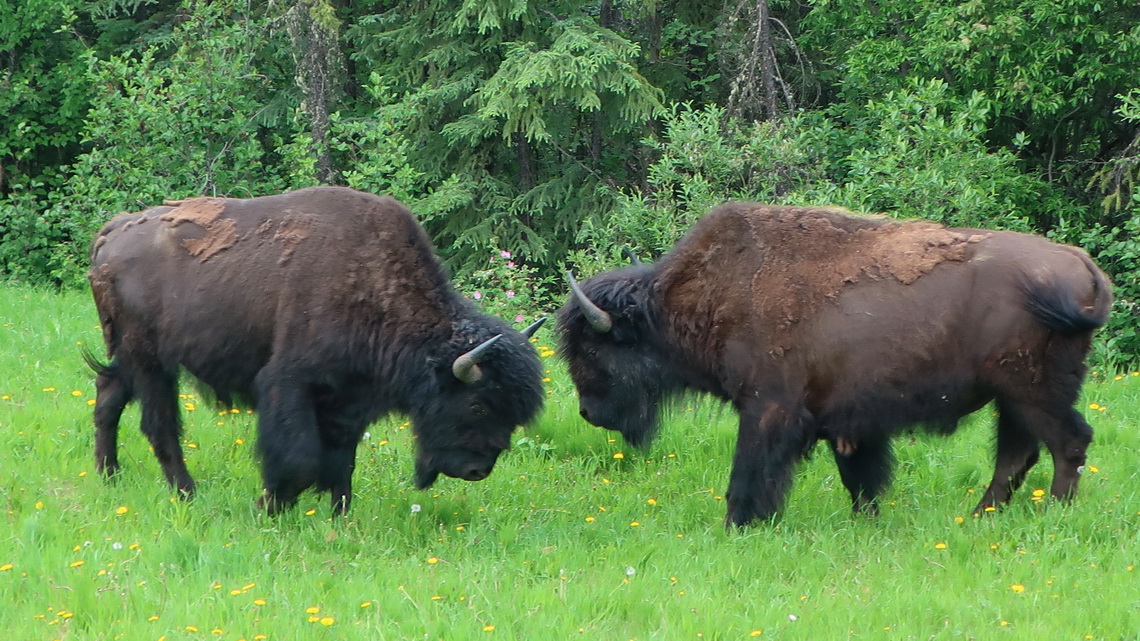 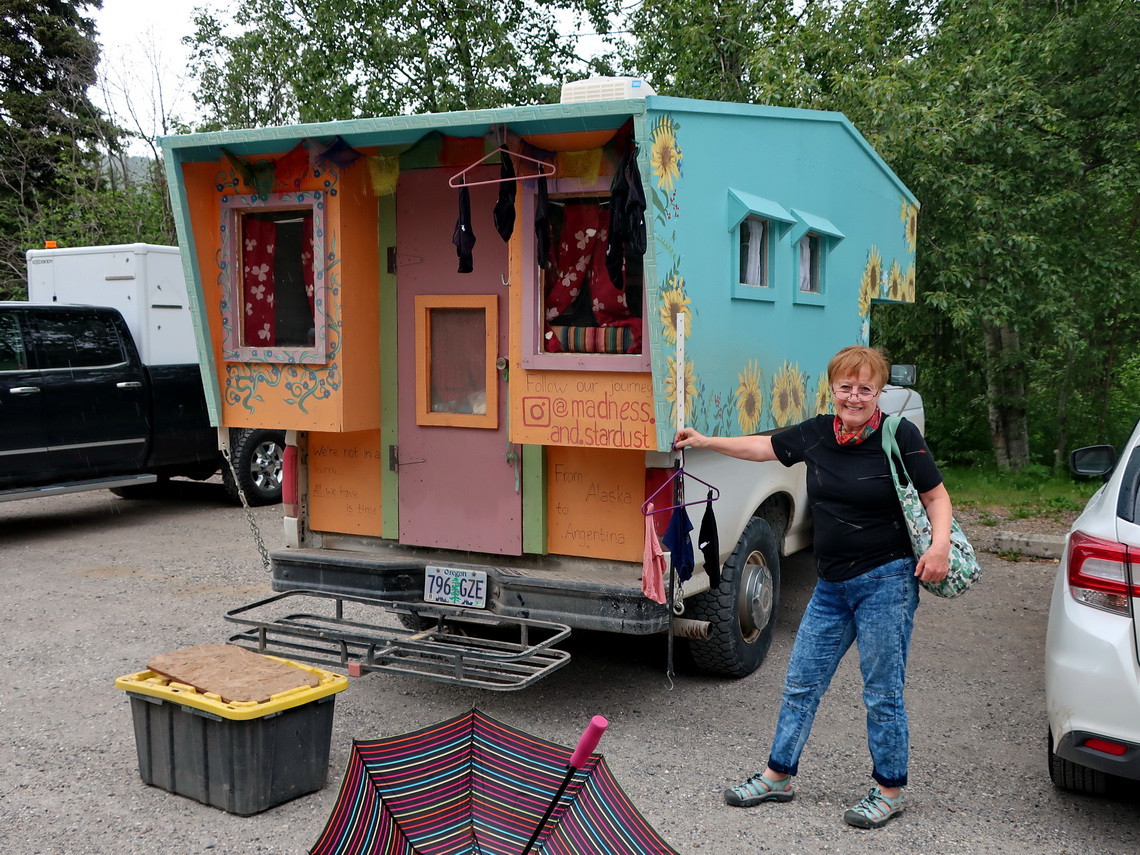 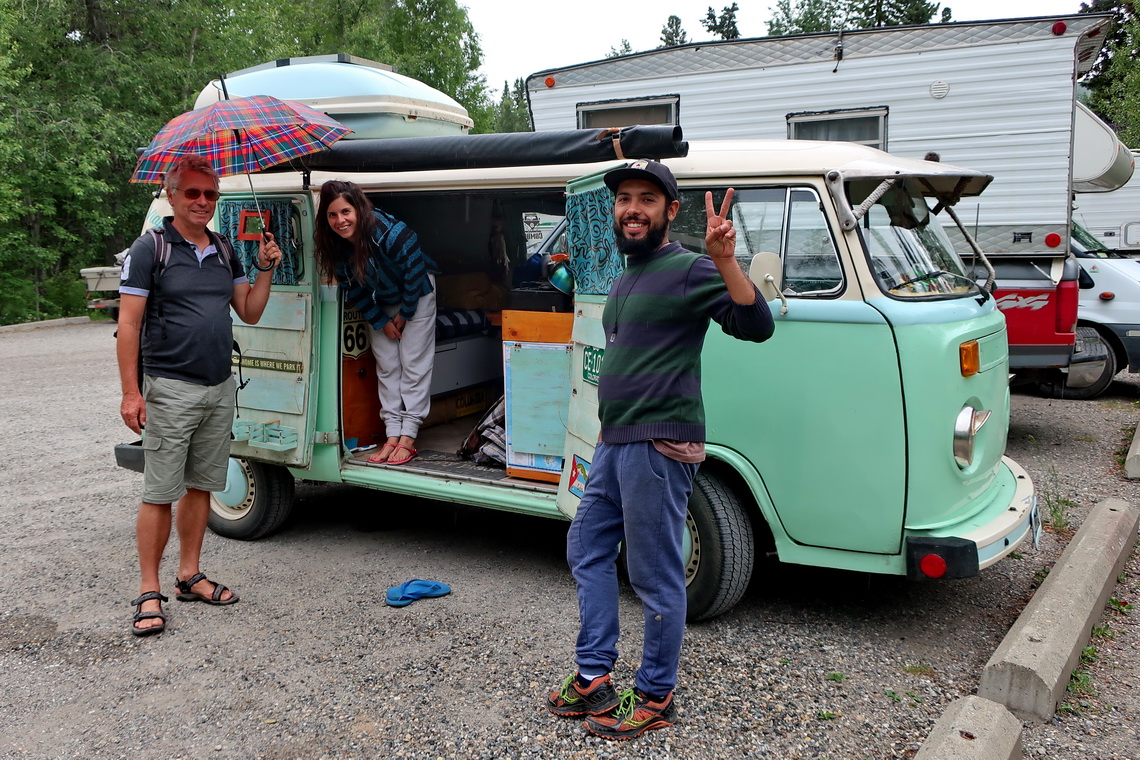 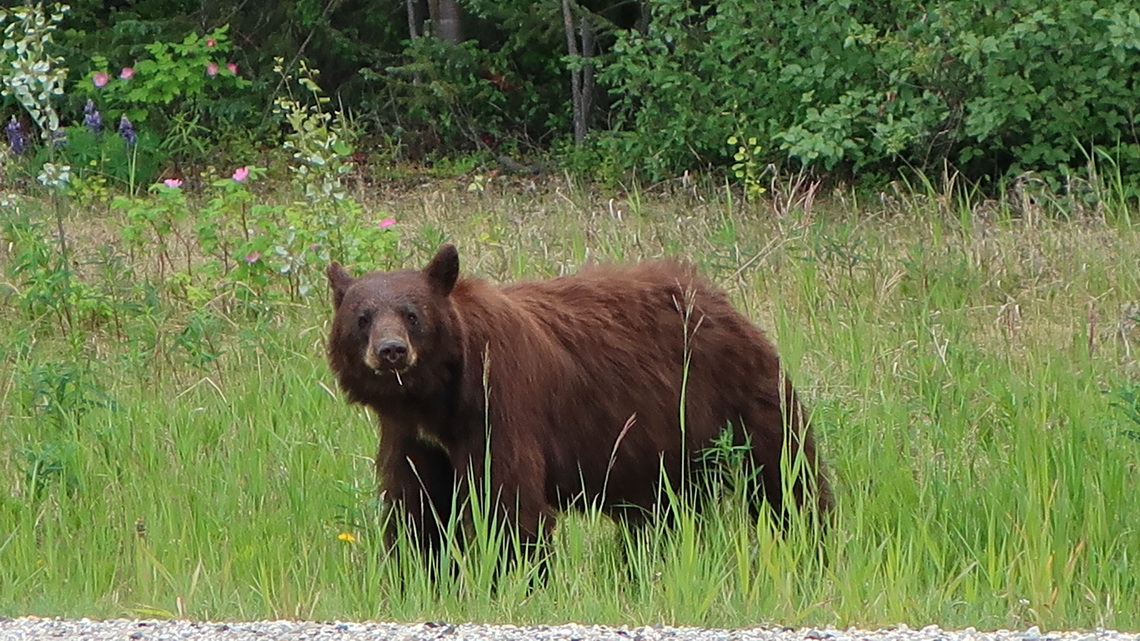 Watson Lake is the first town in the sparsely populated Yukon Territory of Canada. Less than 40,000 people are living on a space 50% larger than Germany. Besides they are concentrated in the three towns Whitehorse (capital with 28,000 inhabitants), Dawson city and Watson lake (1,500 people each).

Watson Lake is well known for its huge Sign Post Forest including shields and plates from everywhere in the world. Very nice is also the indoor pool which is located behind its Visitor Center. 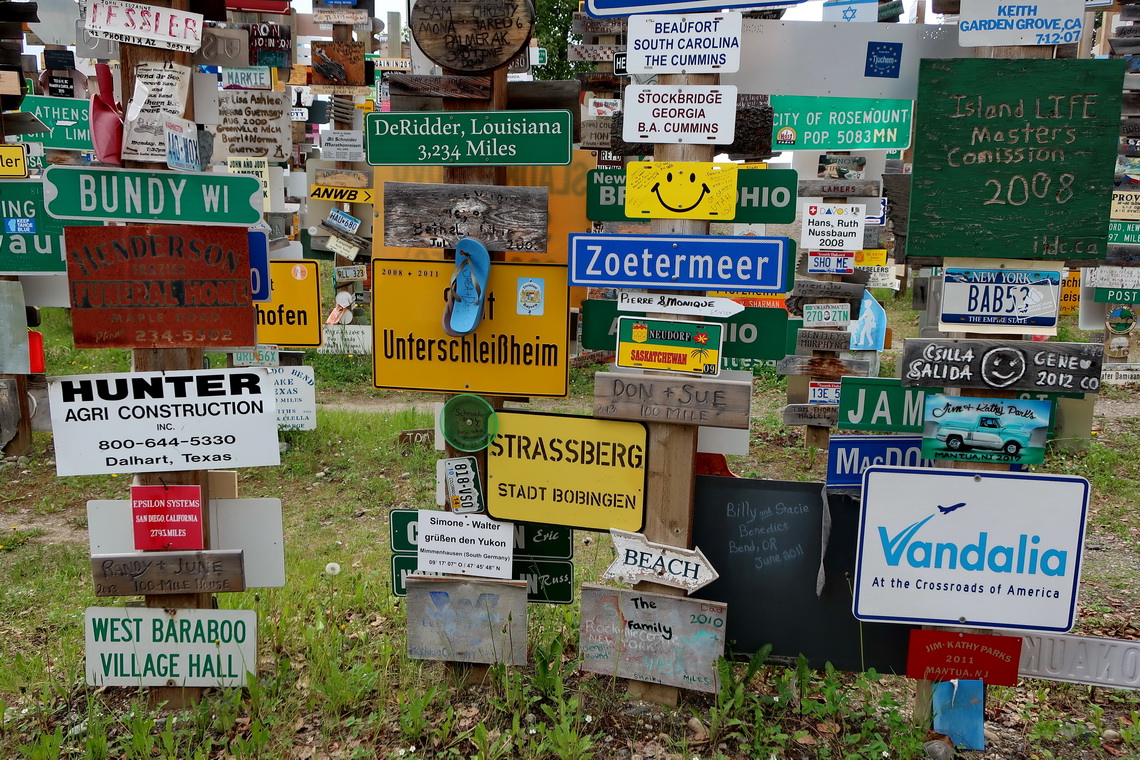 We came to Yukon River seven kilometers south of Whitehorse where we hiked a little bit along its shore to Canon City. Whitehorse is the only place in Yukon with a Walmart and we purchased a lot food there because it is much cheaper that in the little grocery stores. Few kilometers north of Whitehorse we left Alaska Highway and took Klondike Highway to Dawson City. 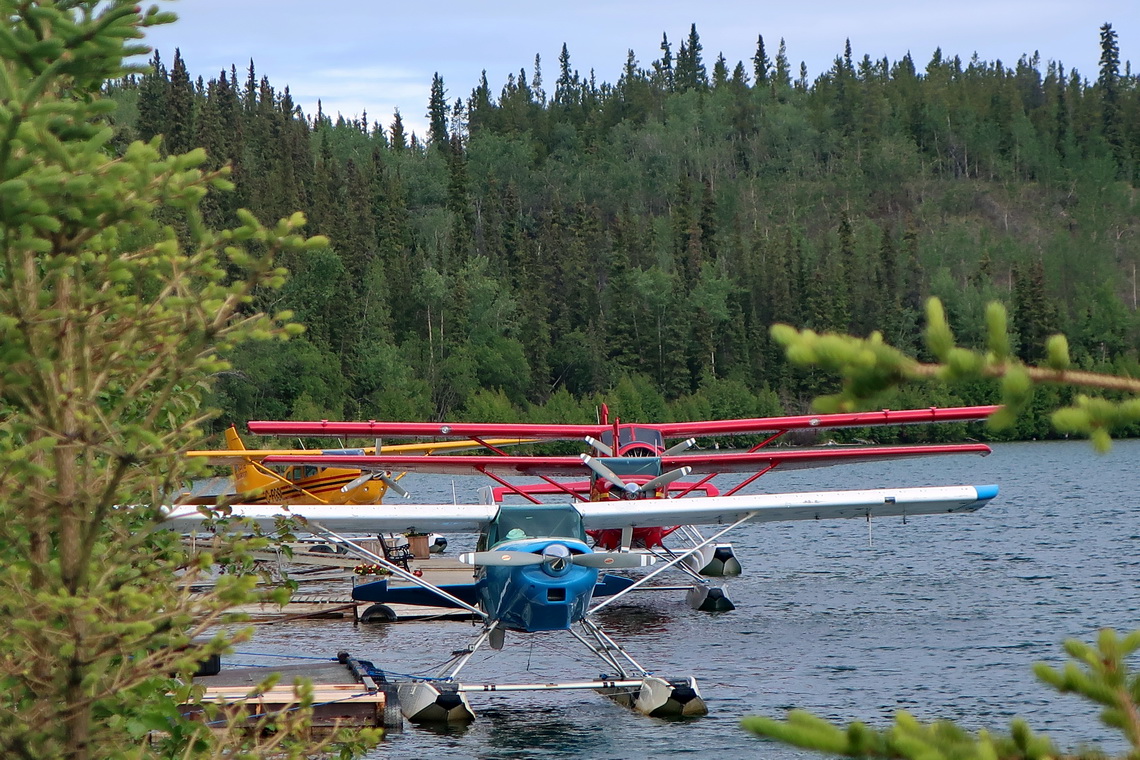 Thanks to the Klondike Goldrush end of the 19th century Dawson City was with 30,000 inhabitants the largest town in America north of Vancouver. Remains of the goldrush are everywhere in the area of Dawson City and special along the northern Klondike Highway. It is still a mining town but it benefits mainly from tourism today. 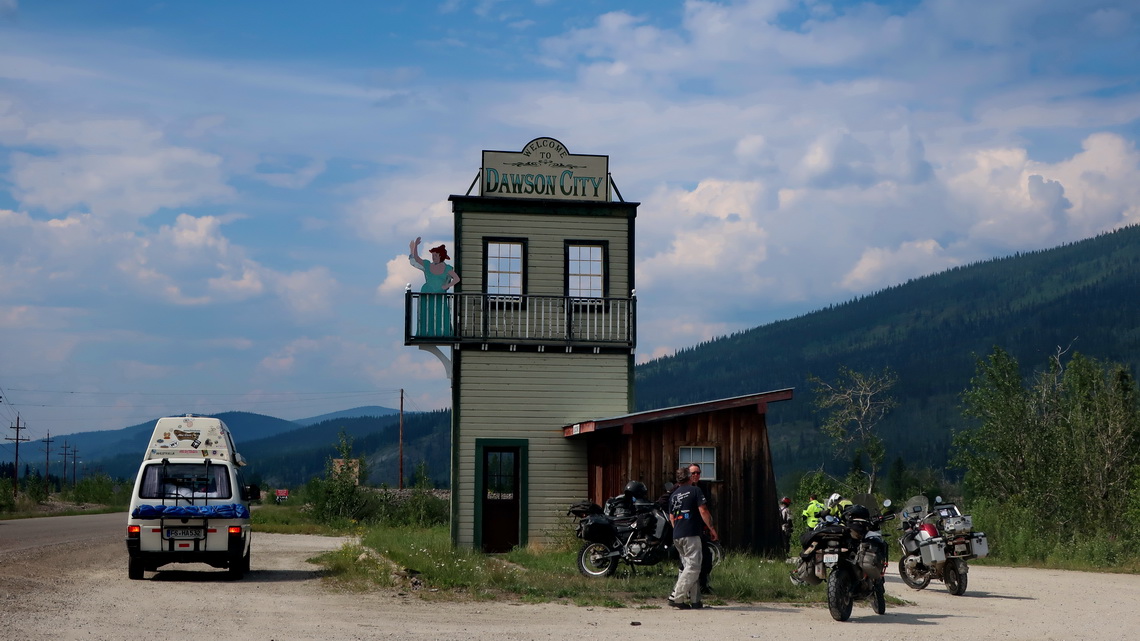 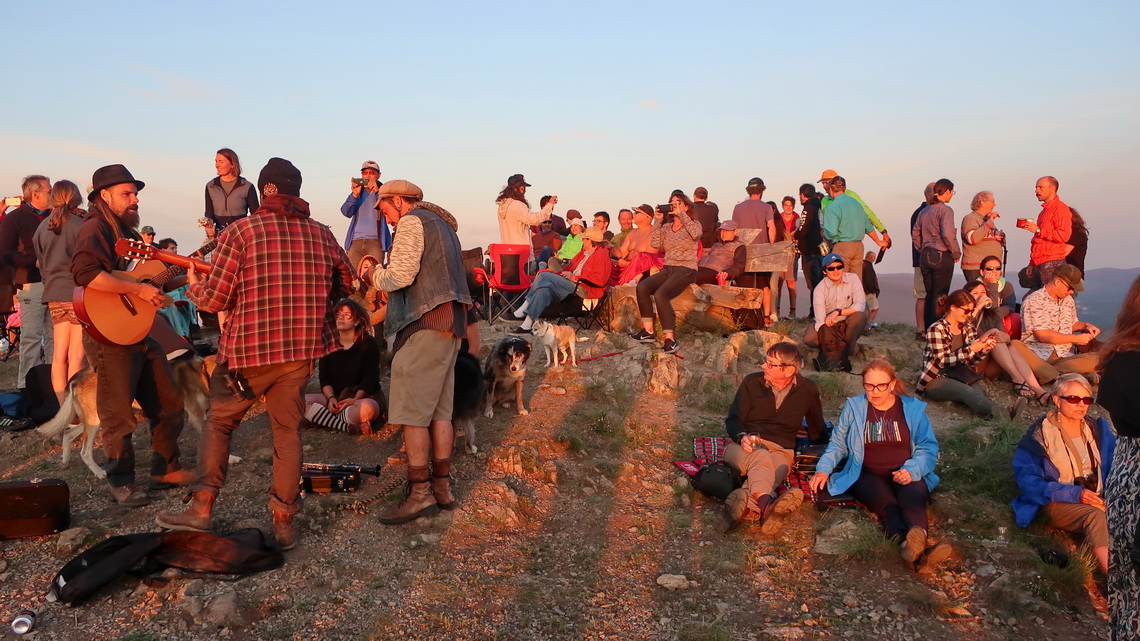 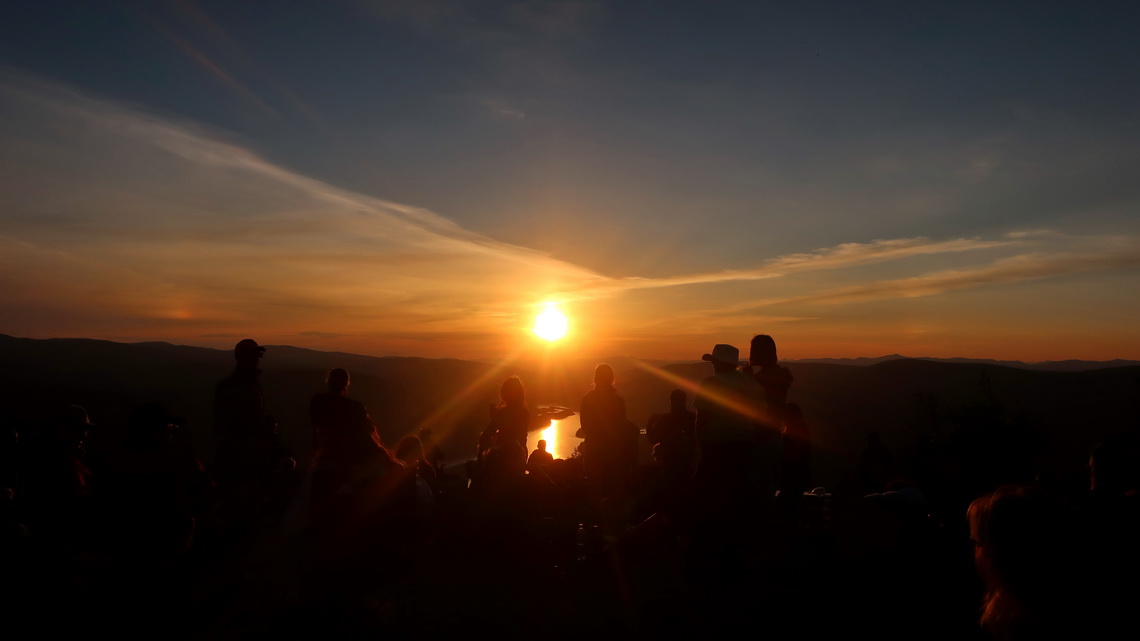 North of Dawson City is the free ferry over Yukon River which leads to the lonely Top of the World Highway. It continues directly to Alaska where we arrived on June 23rd 2019, Alfred's birthday! We drove approximately 3,500 kilometers from Calgary to the Alaskan border. 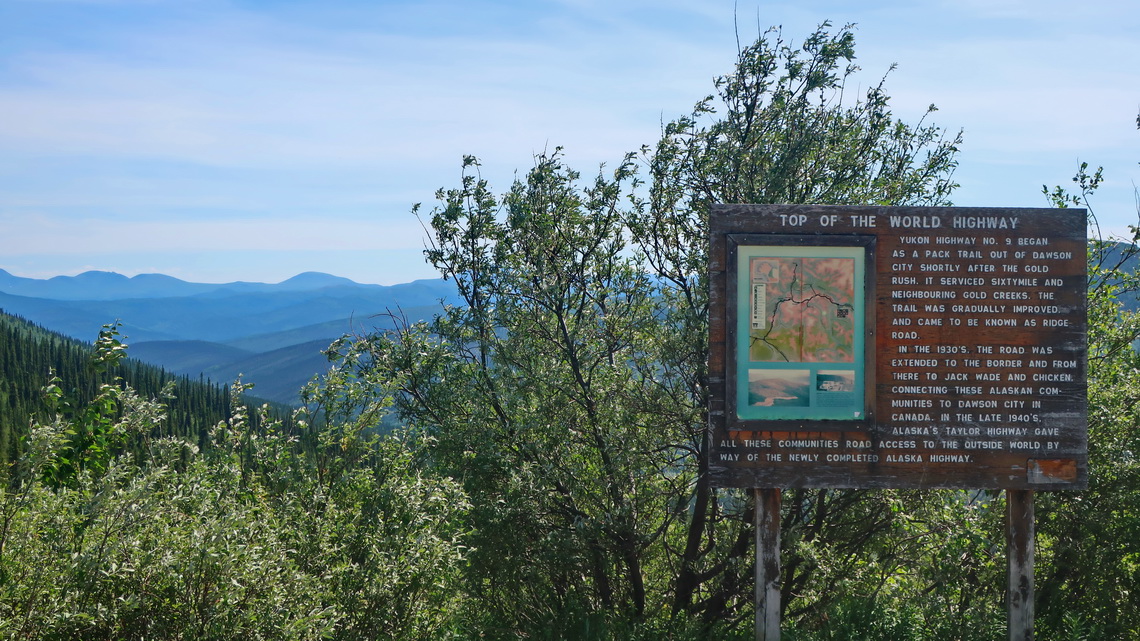 Our overnight places are included in the GPS Coordinates Files of Alberta, British Columbia and Yukon