Empty
Adamello is one the most famous mountain group in the southern Italian Alps, closed to the lake Lago di Garda. The highest peak is the Monte Adamello, which is 3539 meters high. It overlooks a vast glacier plateau, the Pian di Neve. Adamello has a very sad history: Many soldiers died there during the First World War; mainly due to coldness, avalanches and crevasses. But there were also heavy fights between the Austrian and Italian armies. You still find a lot of relicts of this war like shoes, barbwires, cooking stuff, stations, ...
We climbed Monte Adamello mid of October 2010, which is relatively late for such a big glacier tour. You should have all glacier equipment like crampons, ice-pick and ropes. There are huge crevasses on the Pian di Neve, more than 50 meters deep. So we started our trip which heavy backpacks at the Capanna Stella Alpina, south west of Monte Adamello. The Capanna Stella Alpina is accessible for smaller cars via the Valle del' Igna. It is a very narrow and steep street, starting from the small village Cevo. Our VW California fitted exactly, we were happy that it is not wider! Cevo can be reached easily from the town Lovere at the lake Lago Iseo, driving up the river Fiume Oglio to the town Malonno. 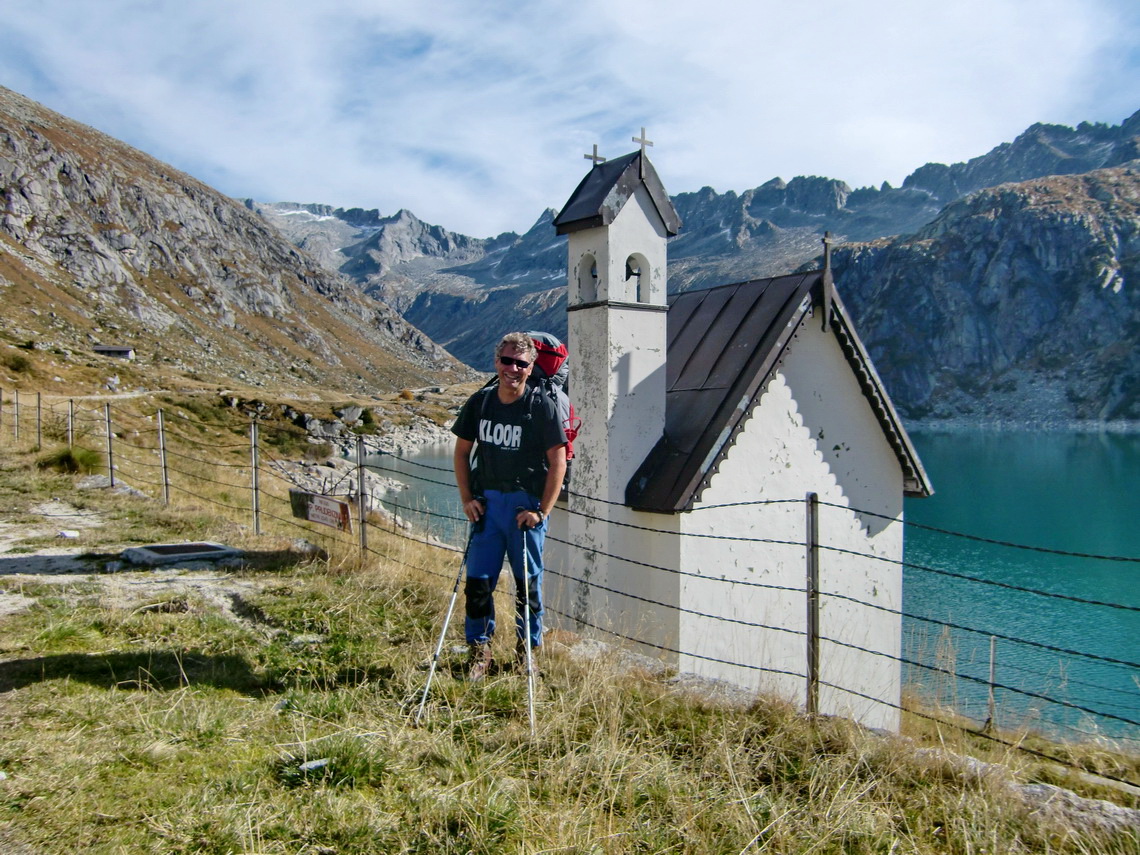 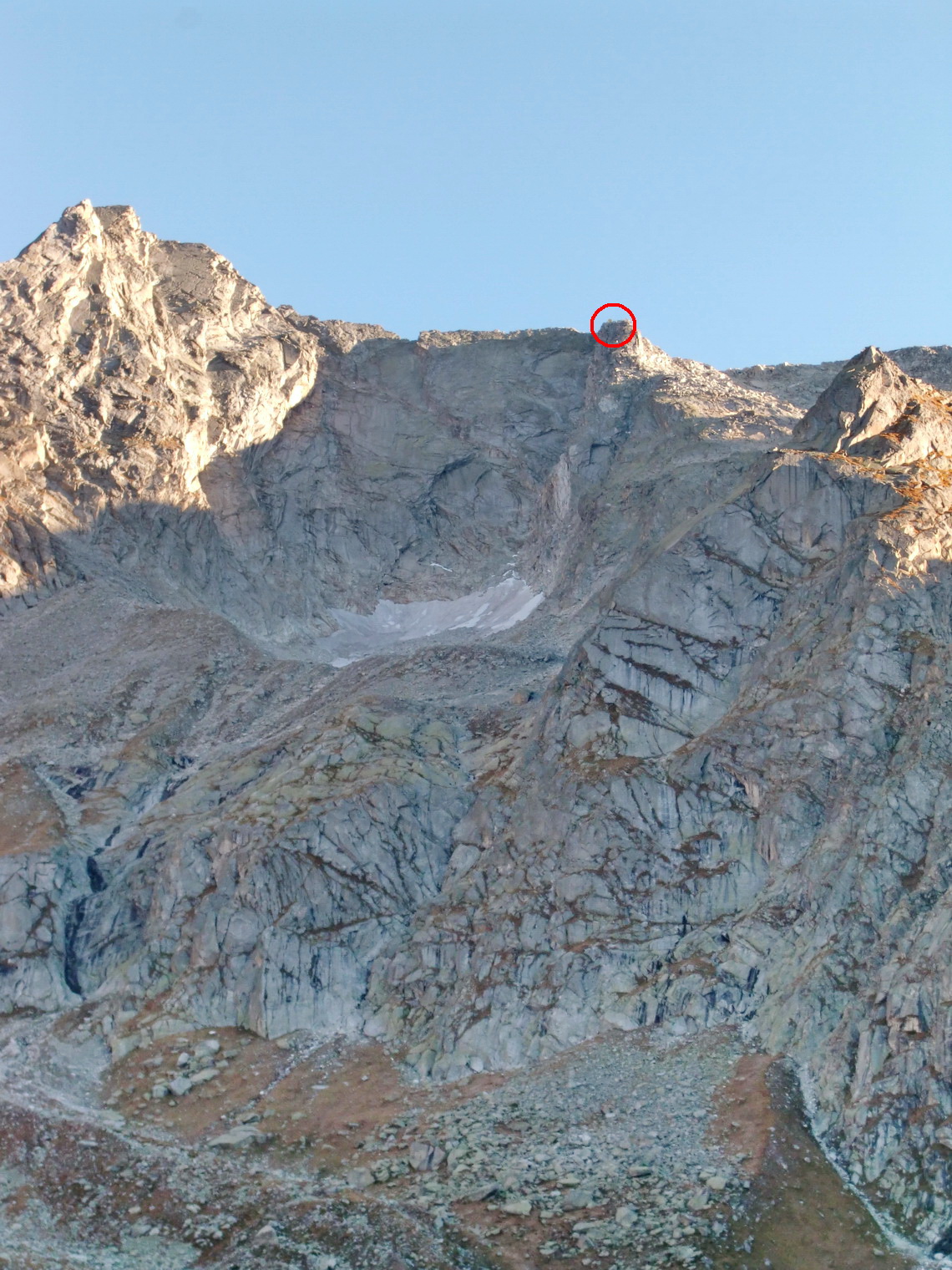 Soon our path became very steep with some easy climbing. A lot of unpleasant snow was in the rocks the last vertical 200 meters. Finally we were at the bivouac, very exhausted! It is placed in a fantastic environment on a ridge over the huge glacier field Pian di Neve. The views are sensational like on top of a huge mountain. 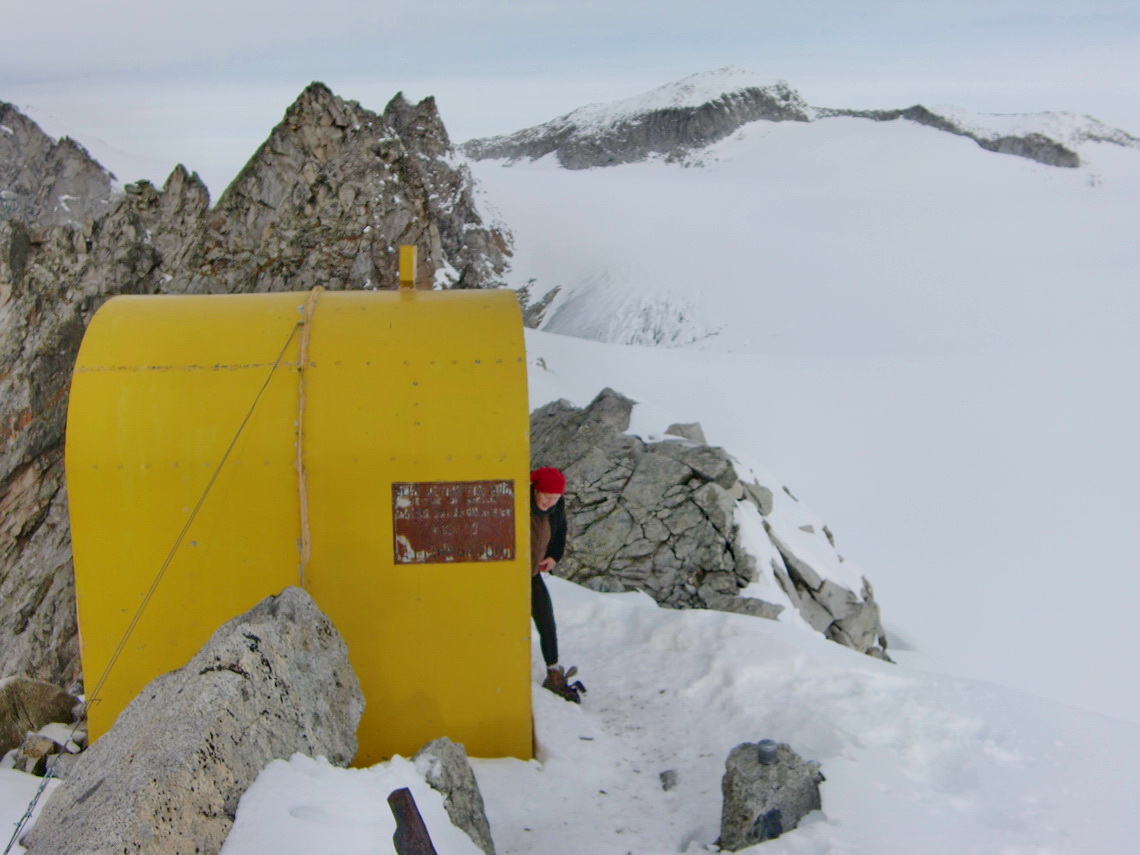 The bivouac is something like a bigger metallic snack box. Its inside is very basic: Just three double berths arranged in a U, one stool and few blankets. 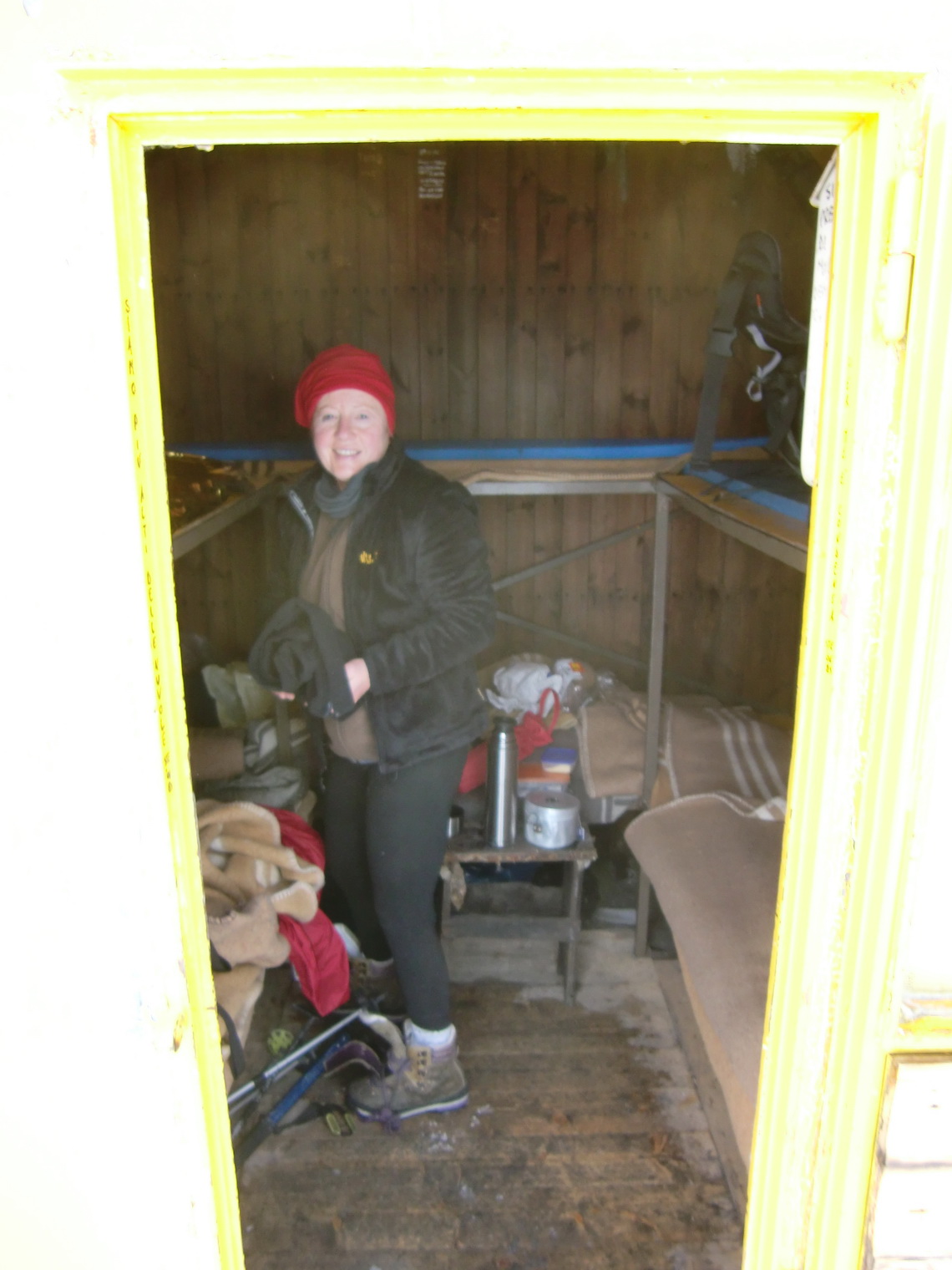 We cooked our dinner on the stool. We were so exhausted, that we ate just a soup and some chocolate. Soon we moved to our sleeping bags because it became uncomfortable cold. Next morning we started early due to the snow on the glacier. Fortunately the snow was relatively hard and there was a very small track on the glacier from three people some days ago. We were totally alone on Pian di Neve and the whole trip!

We crossed just a small part of the huge Pian di Neve, closed to the saddle Paso dell Adamello. The last step requires one hour relatively easy climbing in snowy rocks over the south face. We stored our heavy back packs at the beginning of the rocks; so we could enjoy the climbing. The top of Monte Adamello was overwhelming: Stunning views but also some memories of the bloody war. 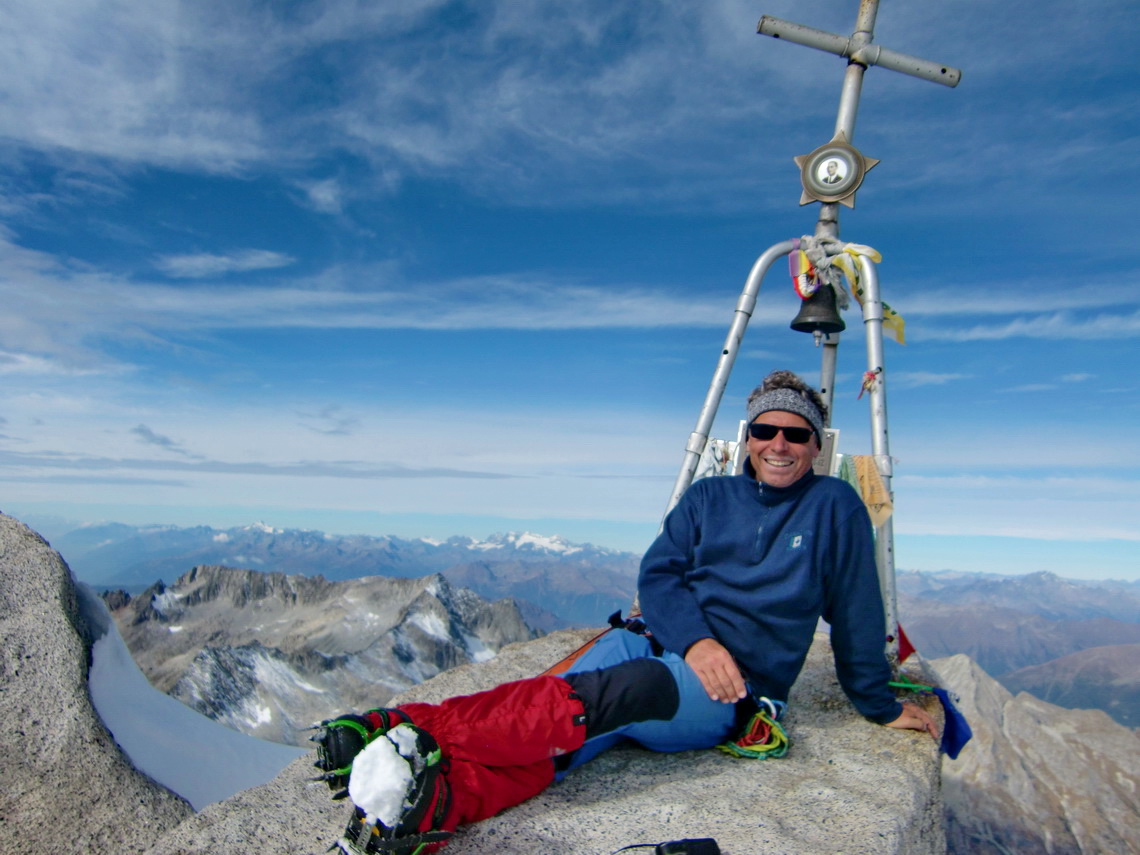 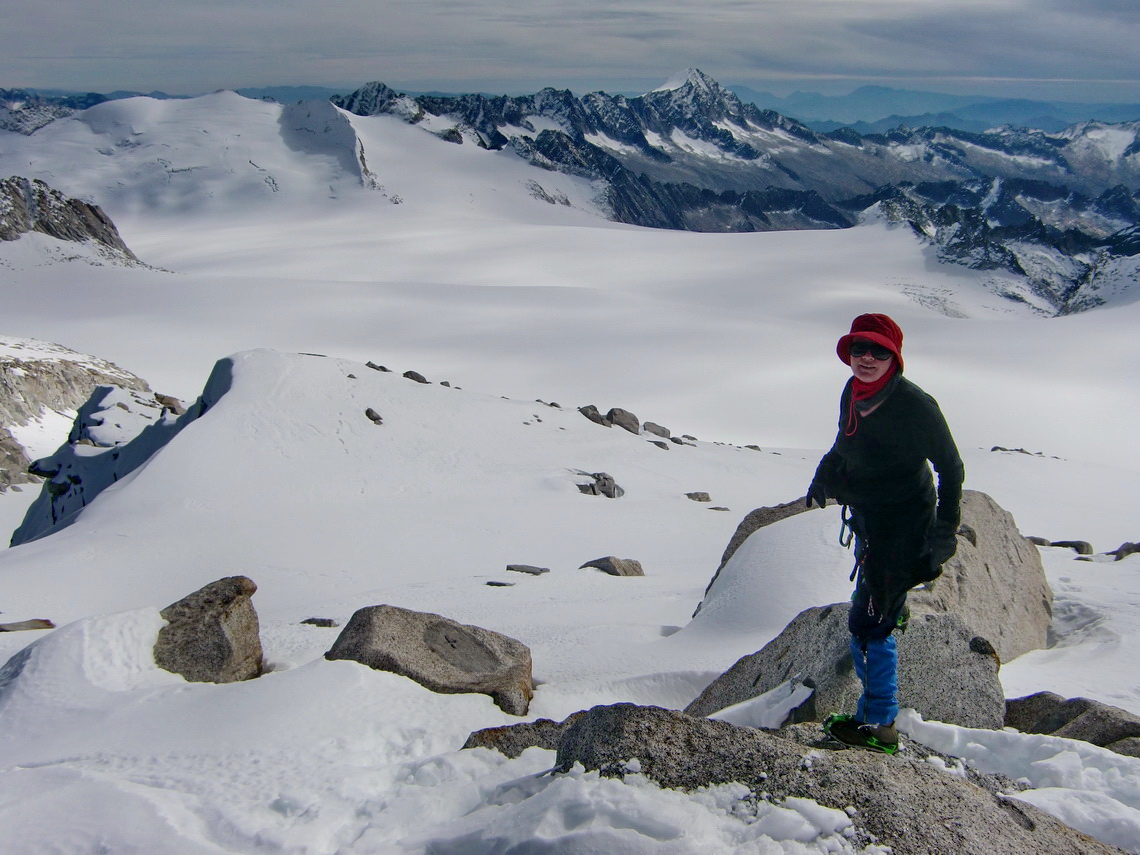 We stayed more than one hour in the warm sun at 3539 meters, mid of October! The trip back was long and we were still a little bit exhausted from the previous day. Fortunately one room of the Rifugio Prudenzini was open and the facilities were much better than on the bivouac. We decided to stay an additional night there and we enjoyed our dinner tremendously. We were hungry like wolves! 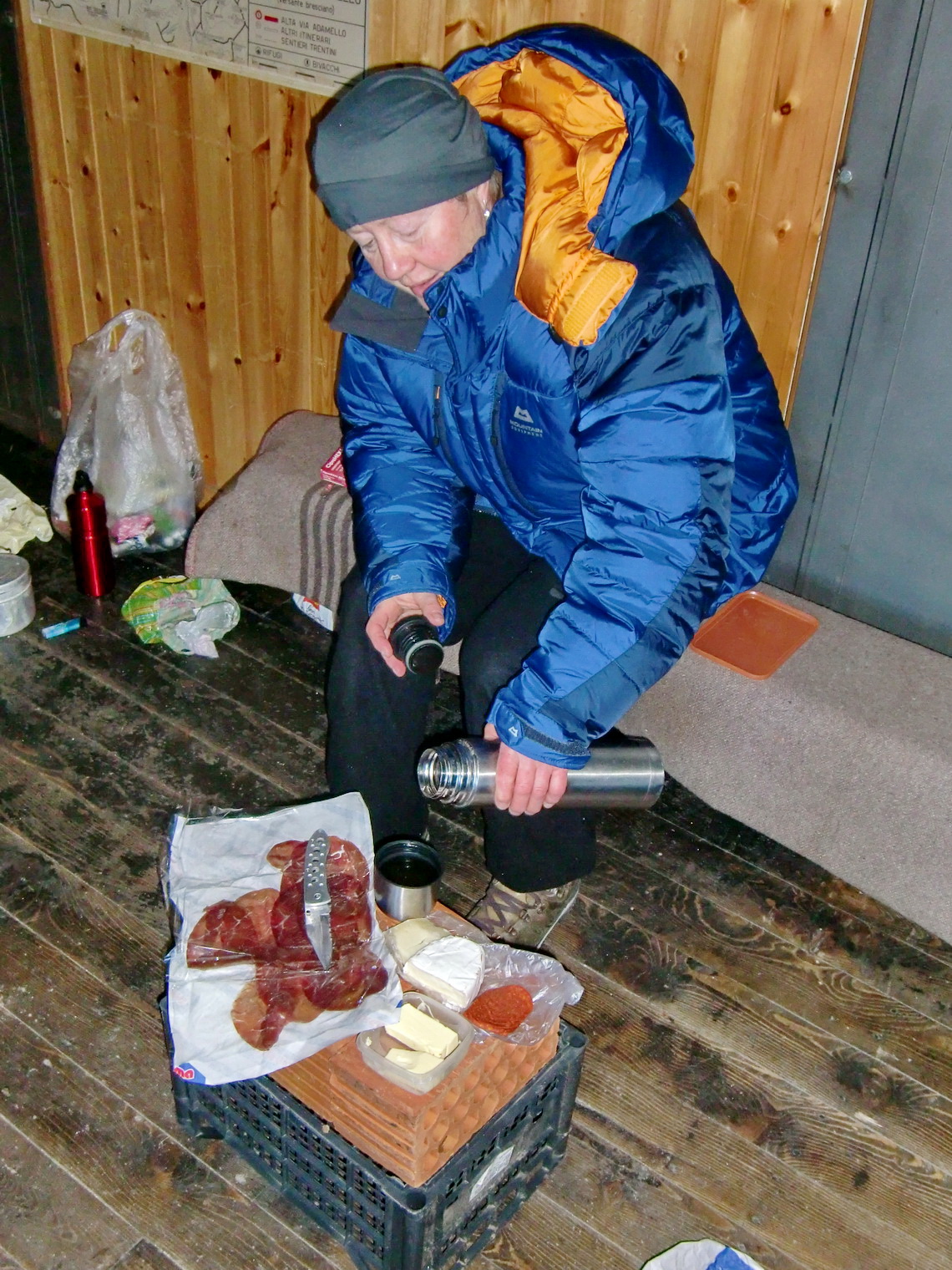