Buenos Aires is the capital of Argentina and it is supposed to be one the ten most populated urban centers of the world. According to Jorge Luis Borges, one of the greatest and famous writers of Argentina, Buenos Aires is breathtaking ugly. On the other hand it is an overwhelming cosmopolitan metropolis with unbelievable nice people, marvelous places and stunning buildings.

We spent 3 days in Buenos Aires mid of August 2011 before we flew to Germany and 2 days after our return beginning of October. We parked our camper in Colonia del Sacramento in Uruguay, close to the ferry port. Colonia is on the other side of the Rio de la Plata and there is a  frequent  ferry boar service to Buenos Aires. We found the very nice hostel San Telmo (Peru 708) in San Telmo, one of the most exciting quarters of Buenos Aires. 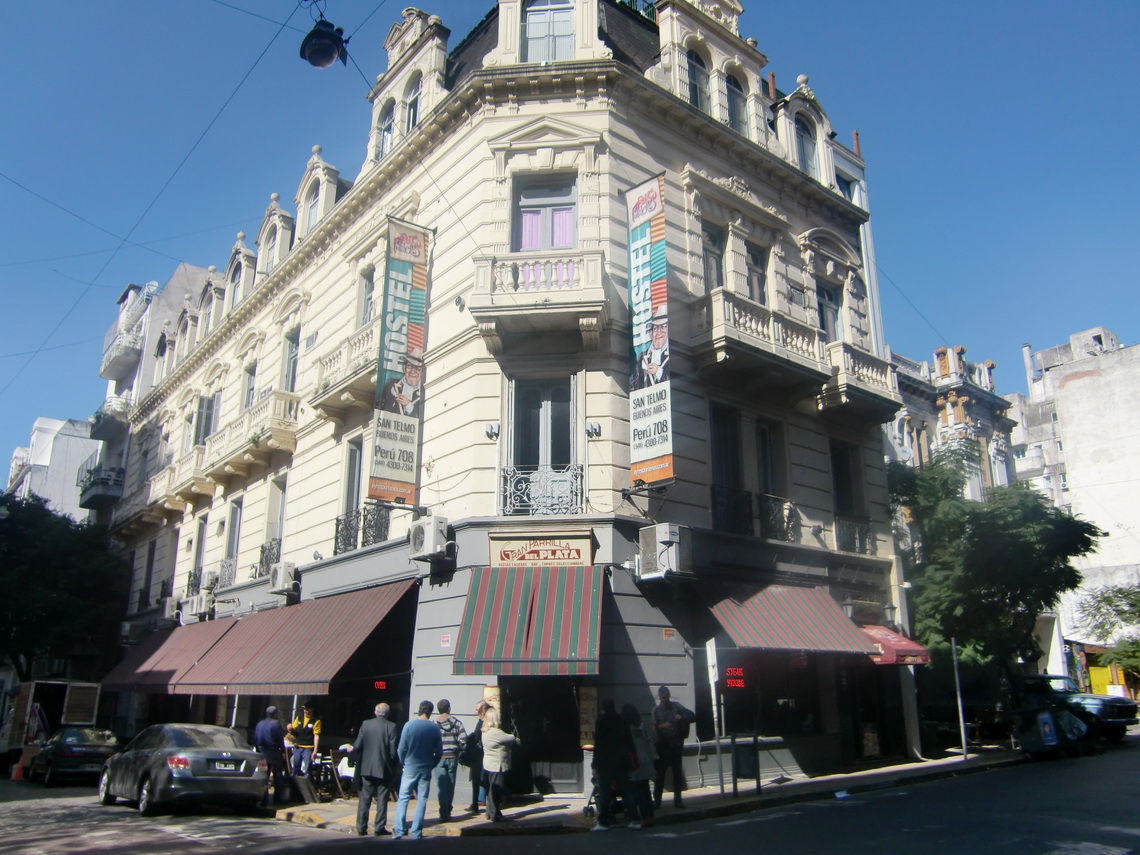 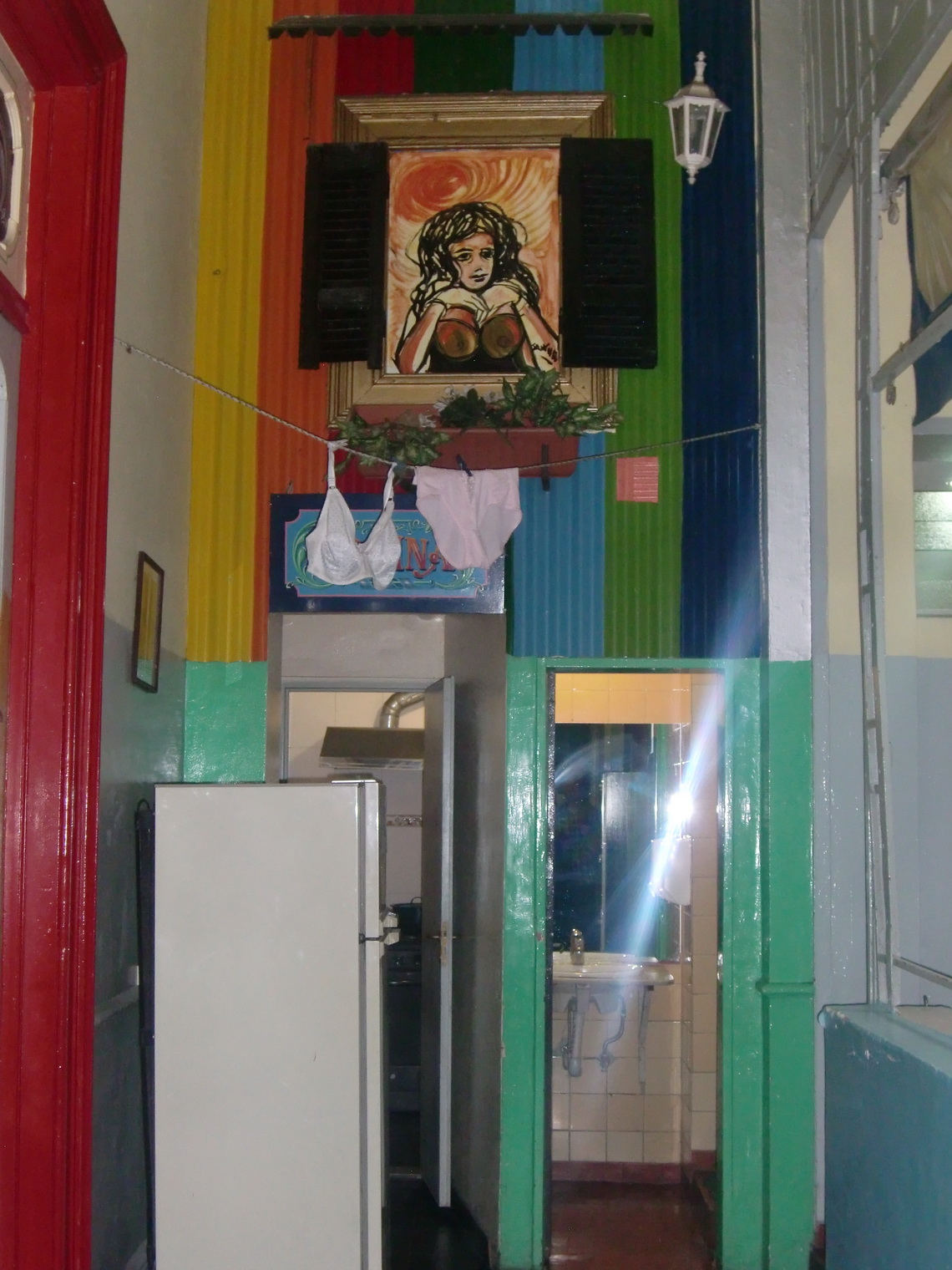 Our first walk was to Puerto Madero, an exquisite, elegant and expensive quarter on the waterfront to the Rio de la Plata. Luckily it was Saturday and lots of people were strolling with us under a blue sky in the sun. It was smelling deliciously because many Parilla booths offered a lot of barbeque, both meat and sausages. 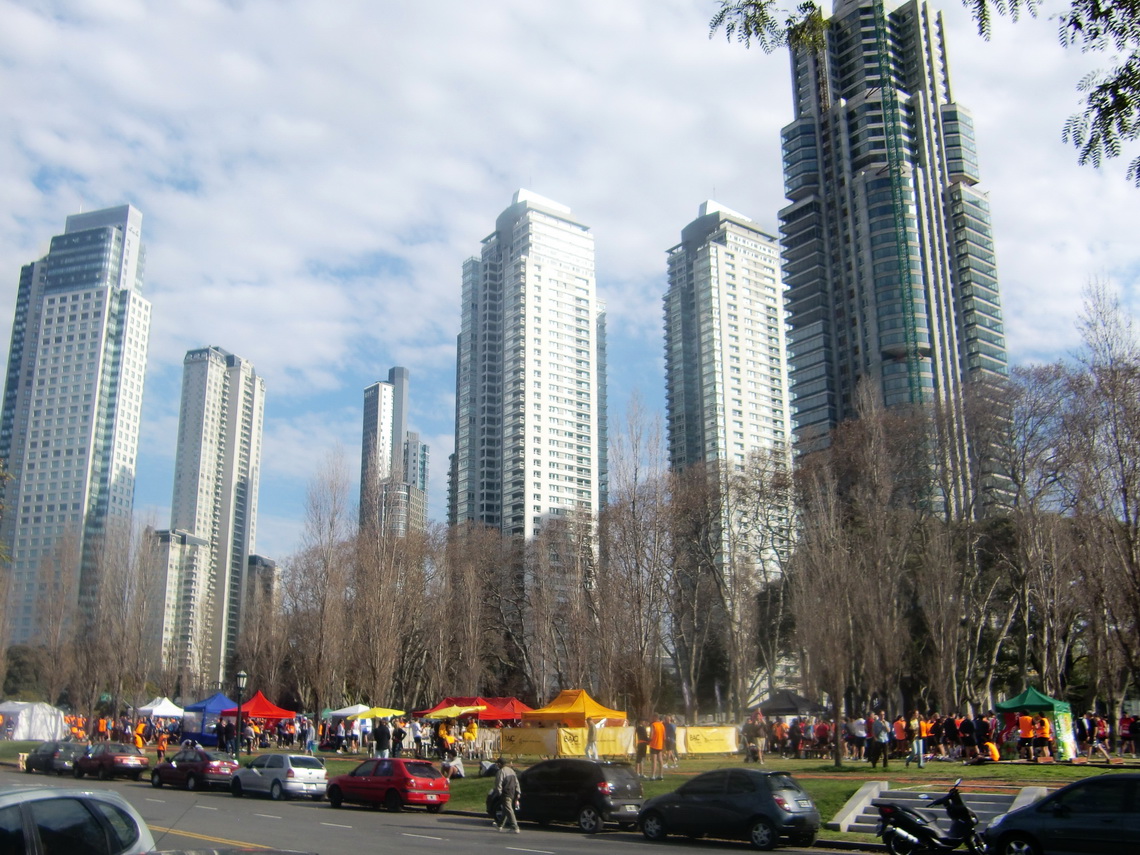 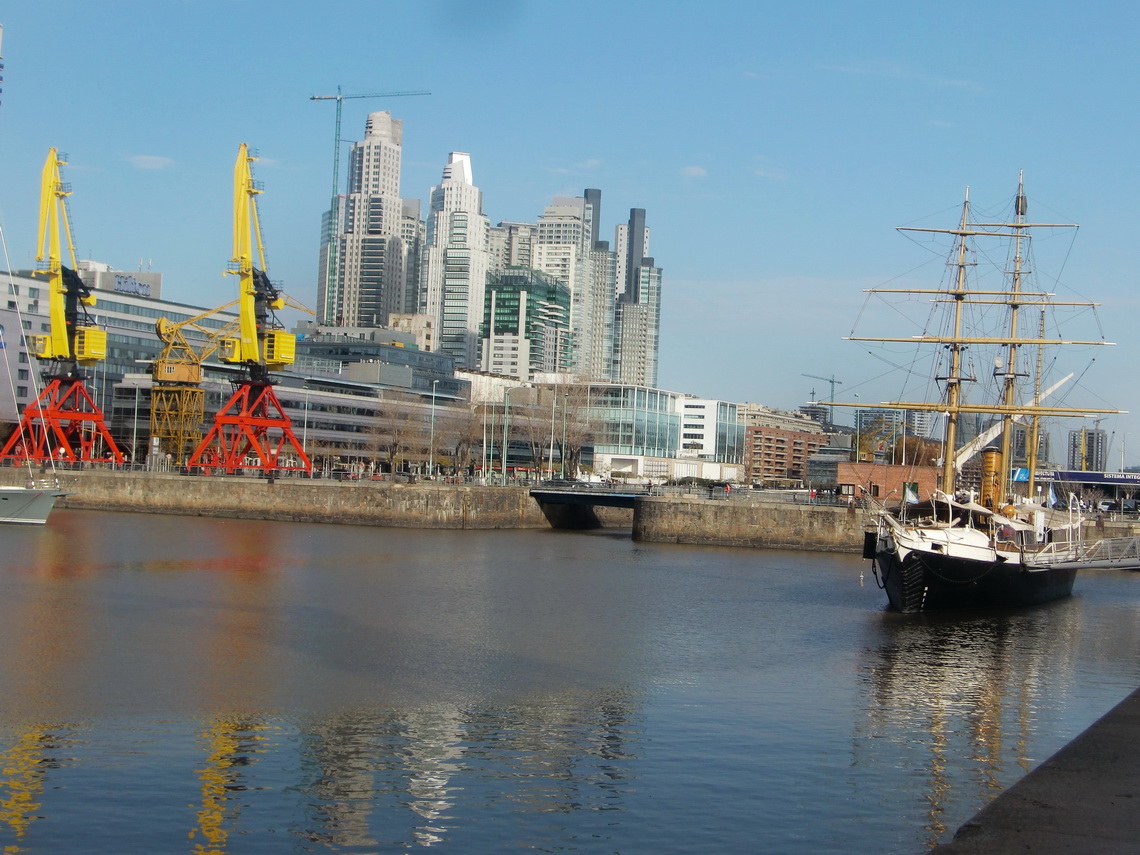 Next we came to the Casa Rosada, the office of the president of Argentina. Ar this time the woman Christina Kirchner ruled the country. "La Presindenta" Christina is quite popular: She won the August 2011 primary by more the 50%. 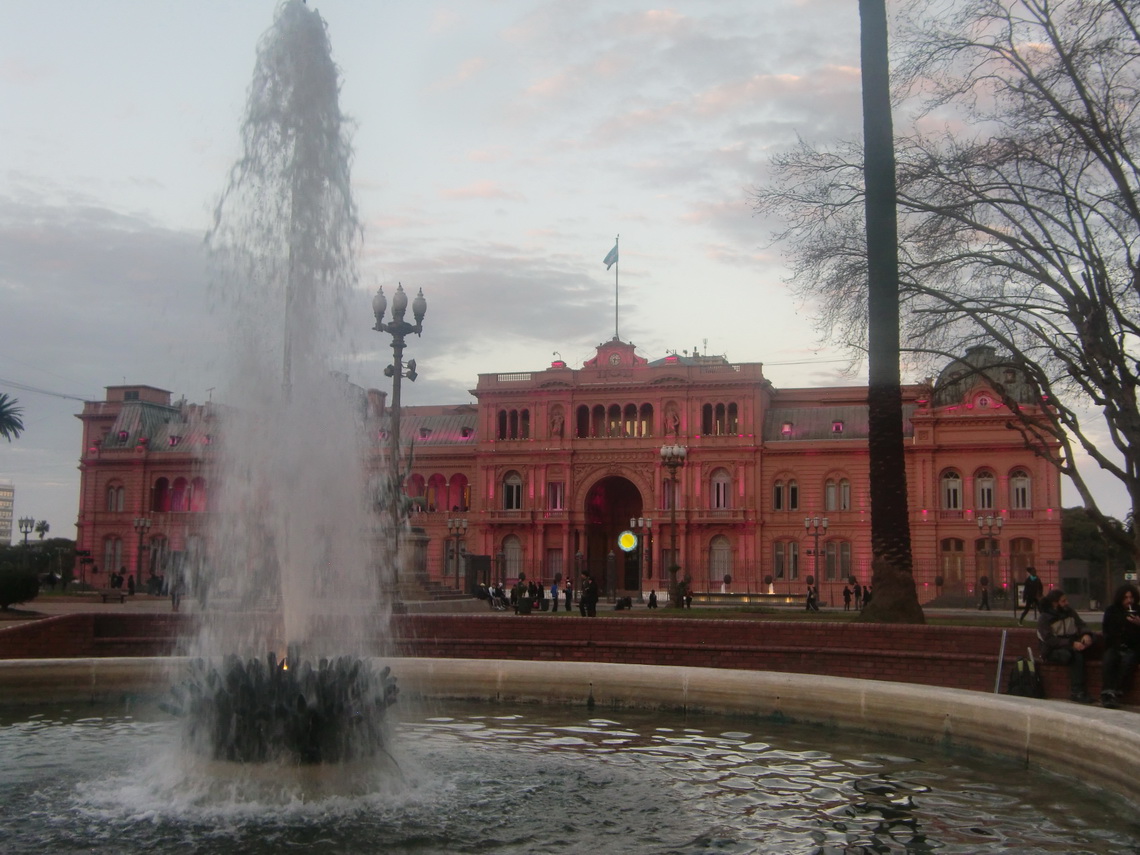 There is an impressive museum in the catacombs, free of charge, which shows some paintings and the history of Argentina supported with multimedia equipment. 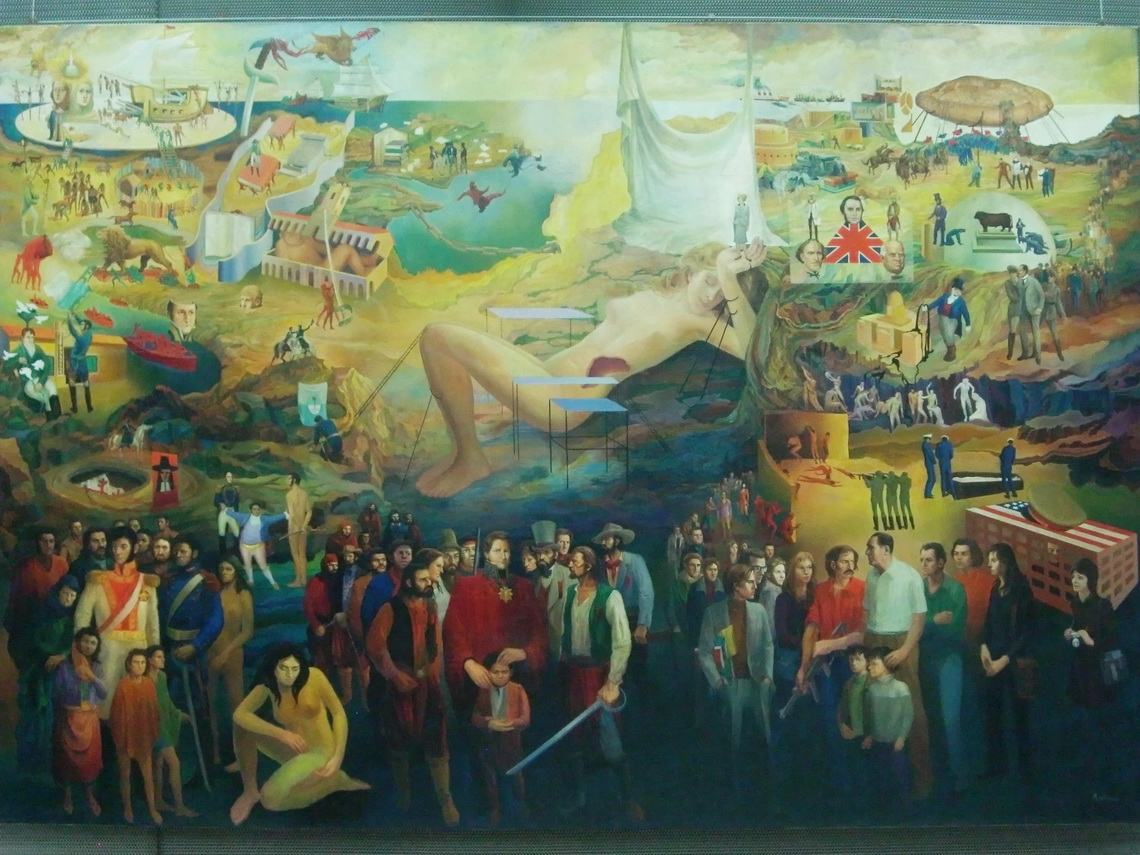 And of course the national saints and heroes of the younger history are shown: 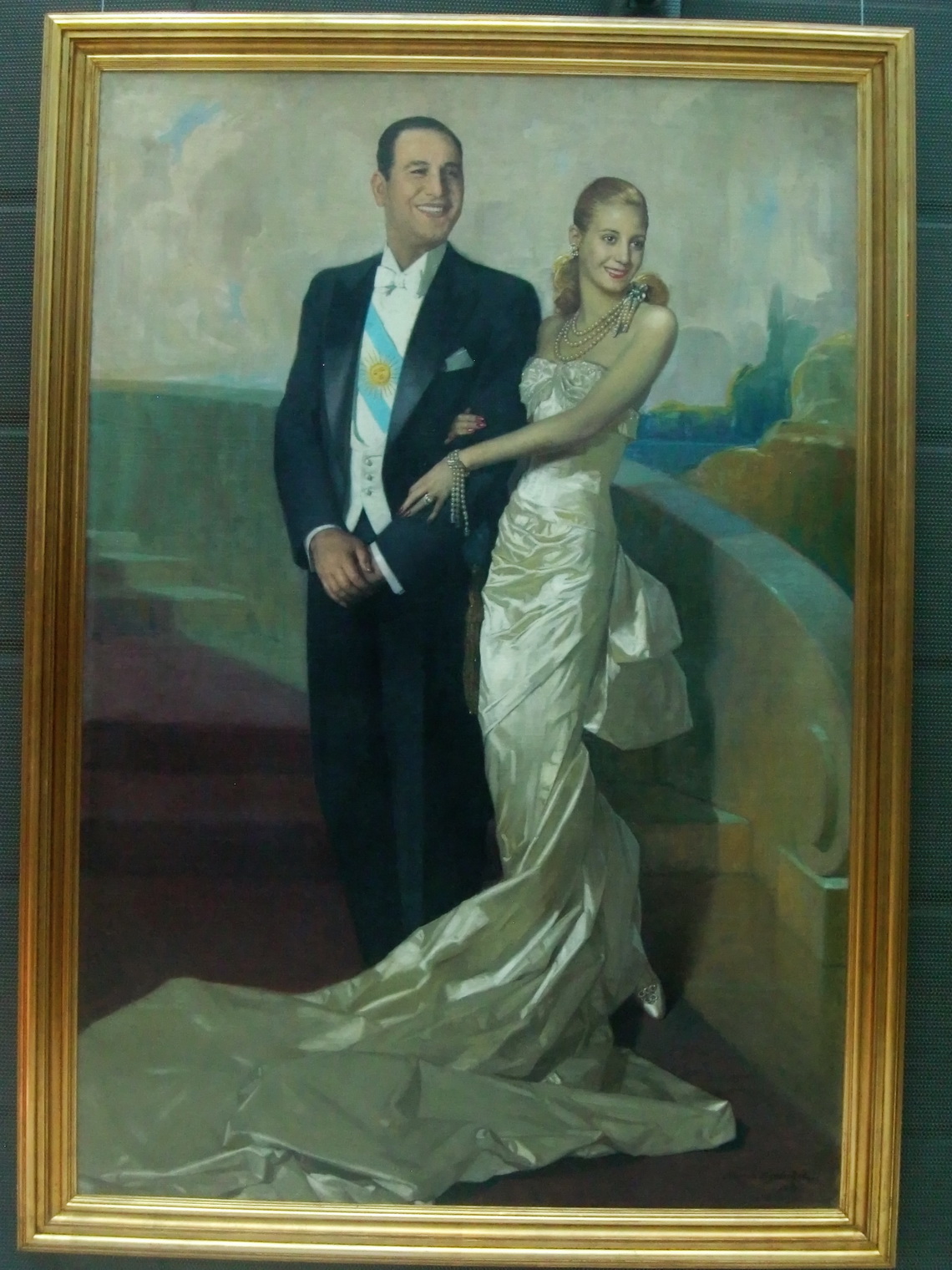 This is the City of Evita (Eva Peron); you fell it on many places. Her popularity is still unbroken after 59 years; she died 1952 in the young age of 33 years. 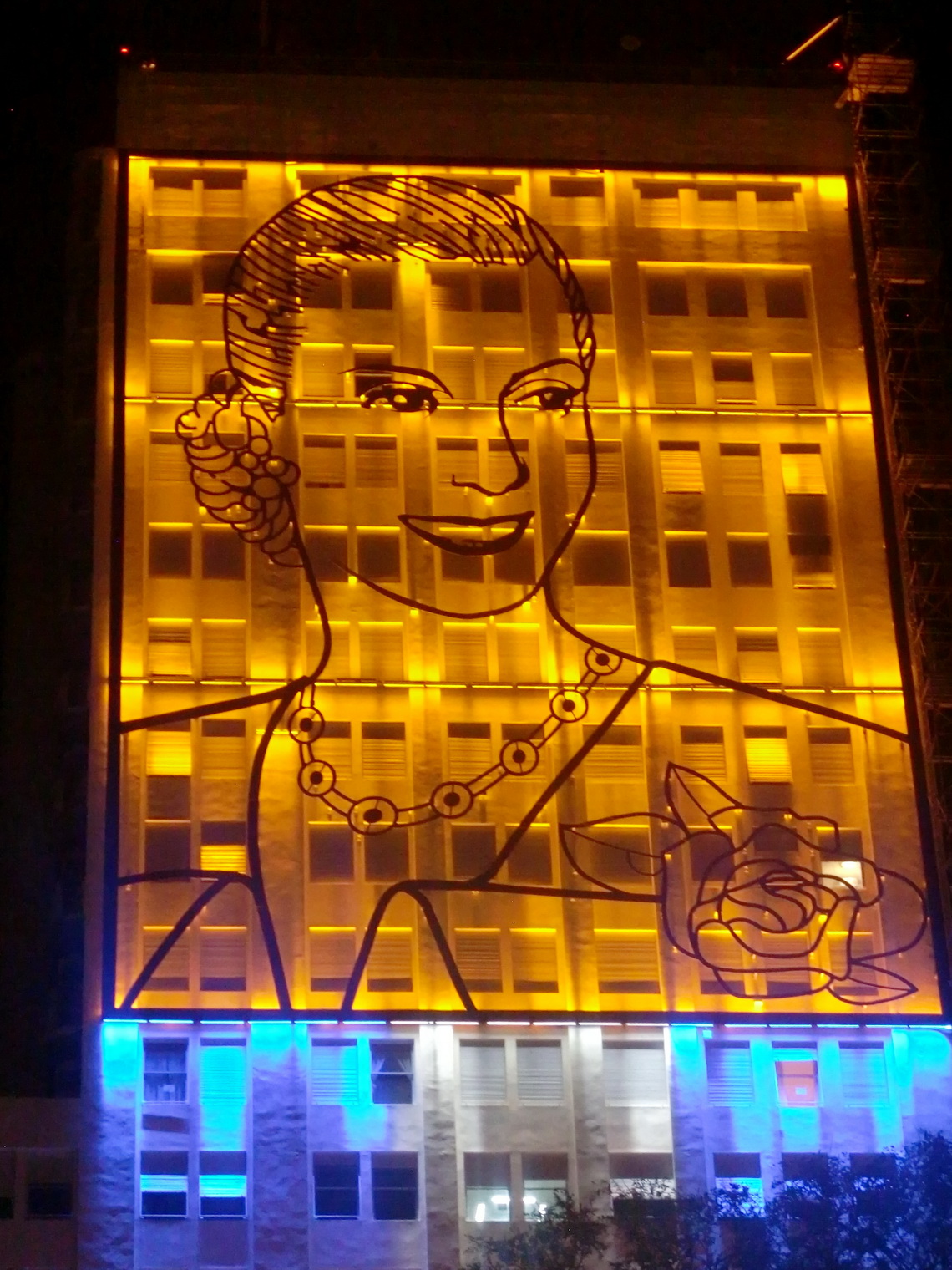 Of course we visited her grave in the cemetery of Recoleta, which is relatively modest. 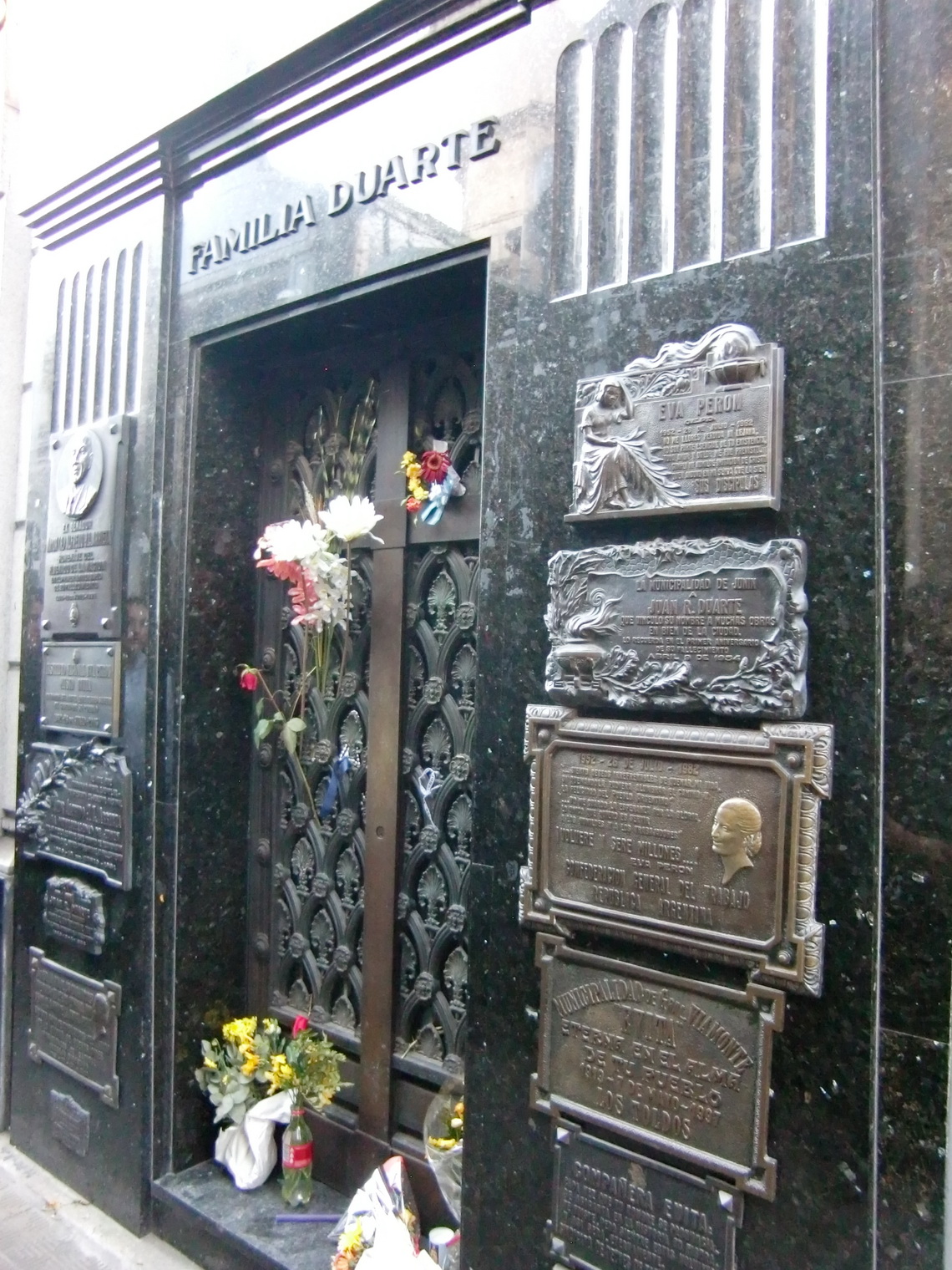 Next day was Sunday - Tango day. You can spend hell of money to watch a commercial show, or you can go on Sunday to Boca or San Telmo to see Tango free of charge. 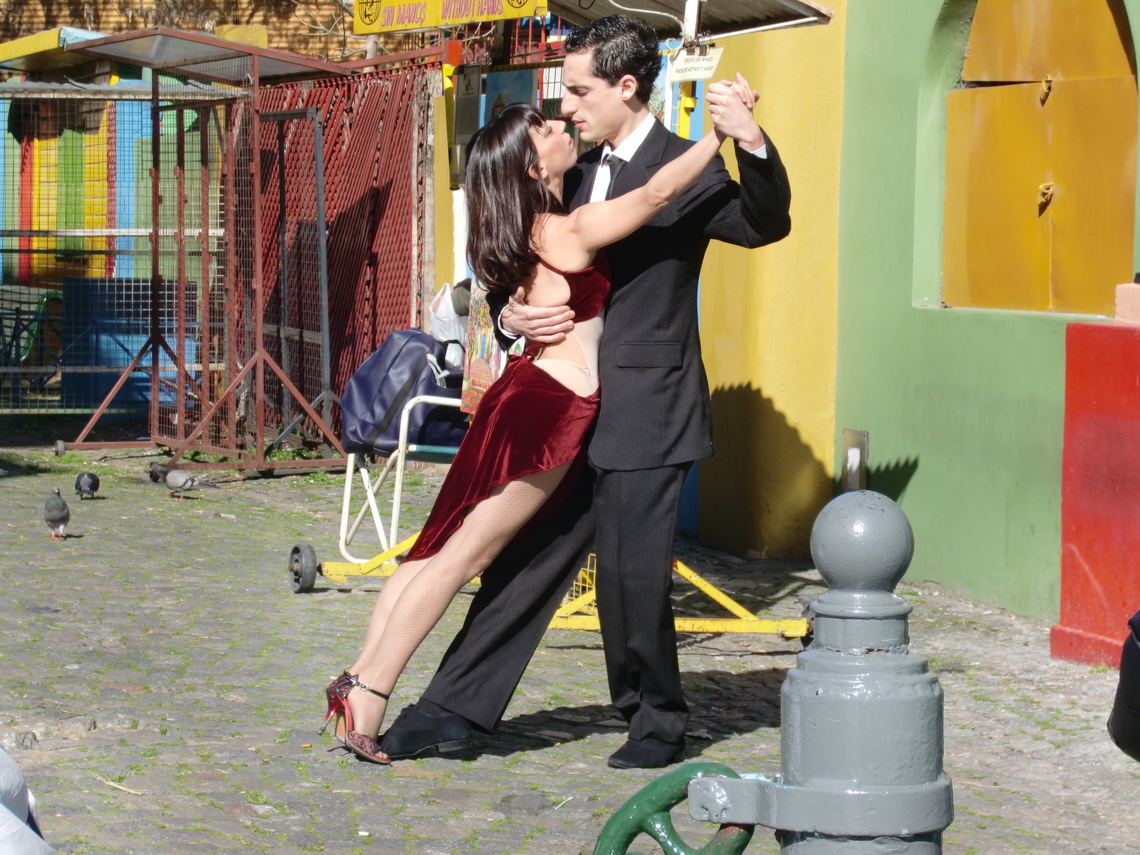 The quarter La Boca is famous for its football club Boca Juniors and its colored building made with steel sheets of former ships. Football superstar Diego Maradonna started his career with the Boca Juniors. 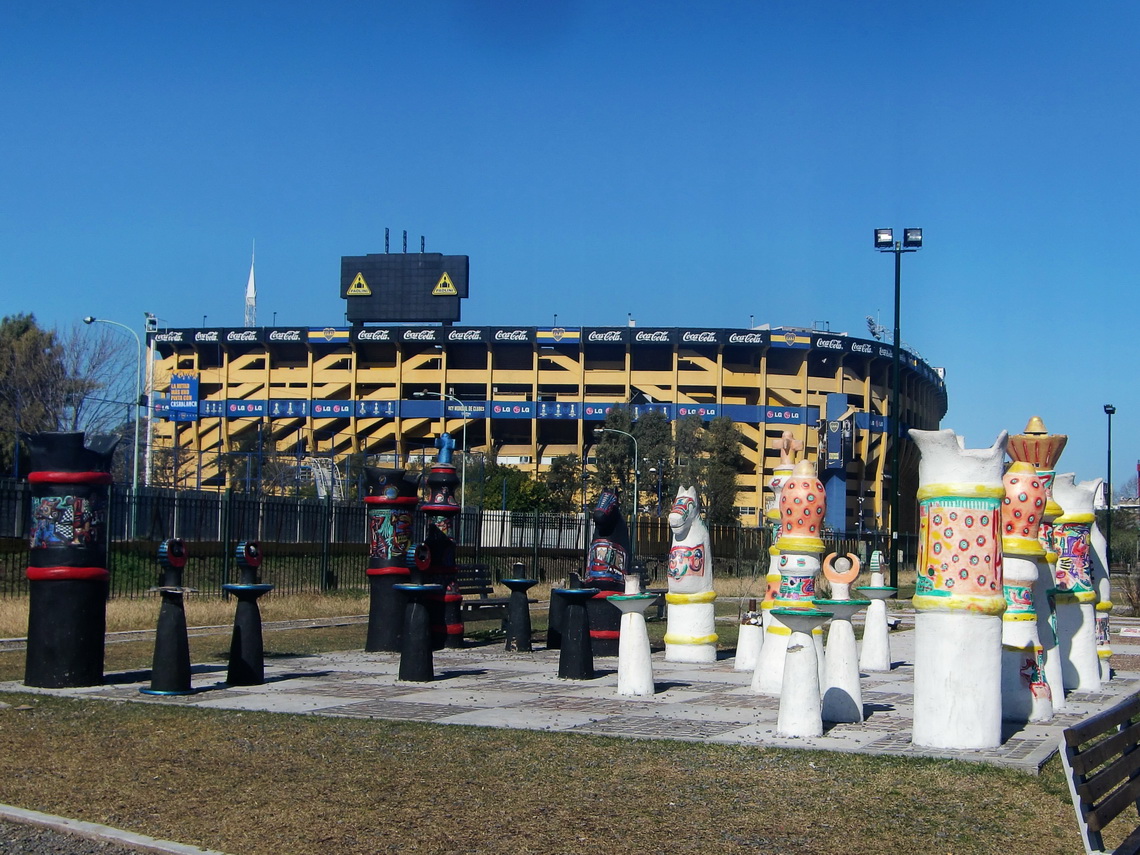 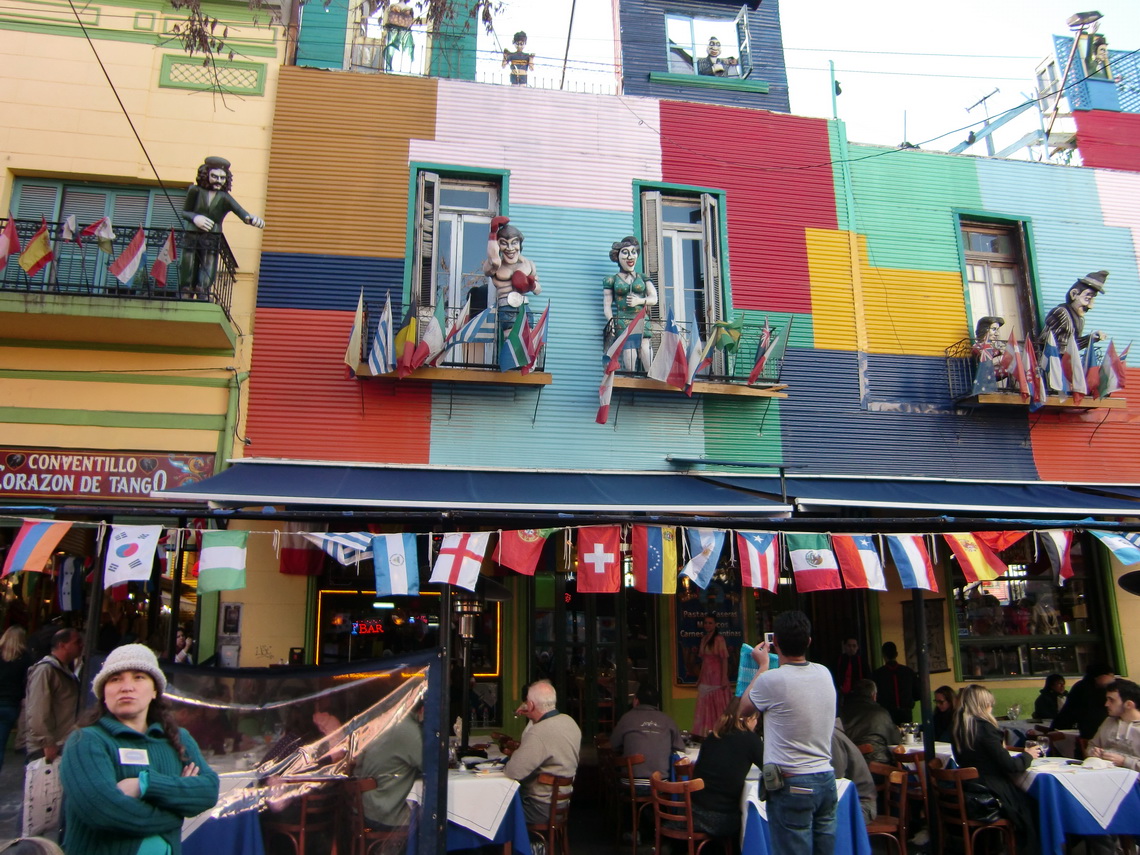 In the quarter Ricoleta is the big iron flower Floralis Generis, which follows the sun and closes at night - if all the gears are working. 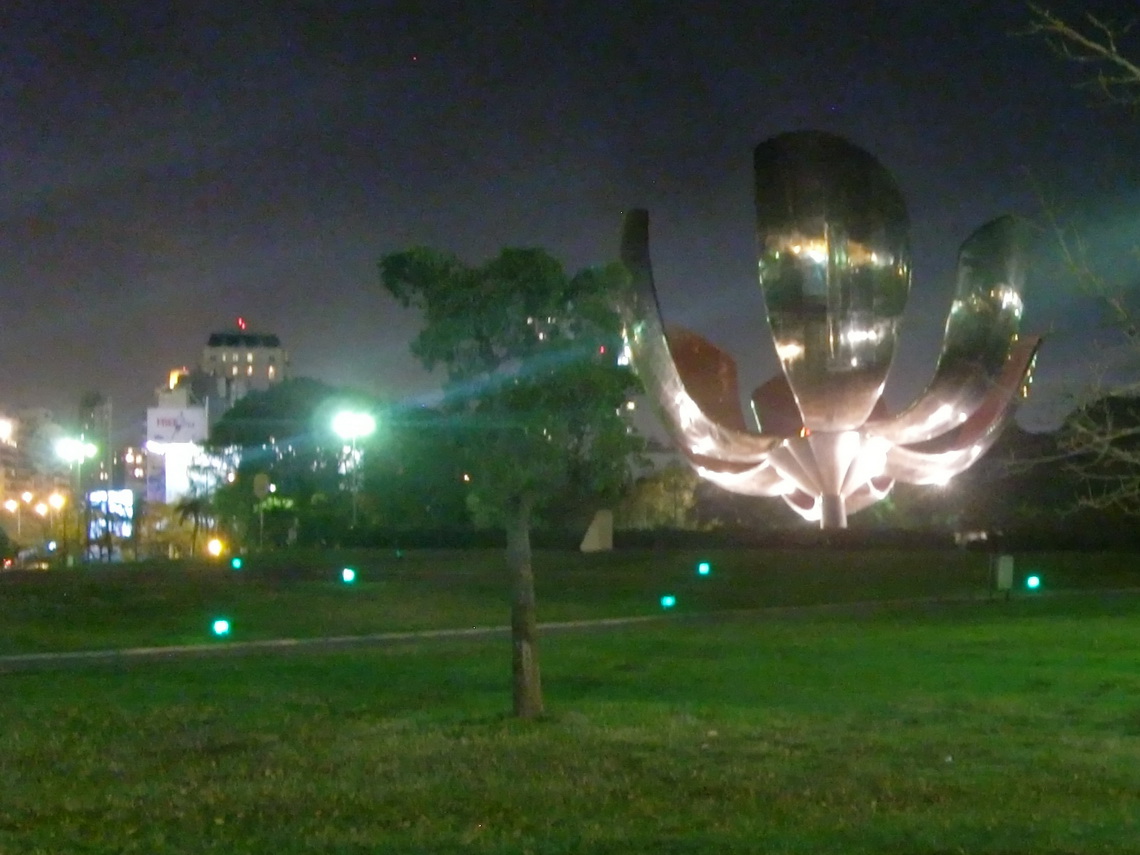 When we came back to Buenos Aires beginning of October 2011, we visited the zoo and the Japanese garden. The zoo is in an marvelous environment with old classical buildings for the animals. The garden shows Japanese life and culture in Argentina. It is supposed to be the biggest one outside of Japan. 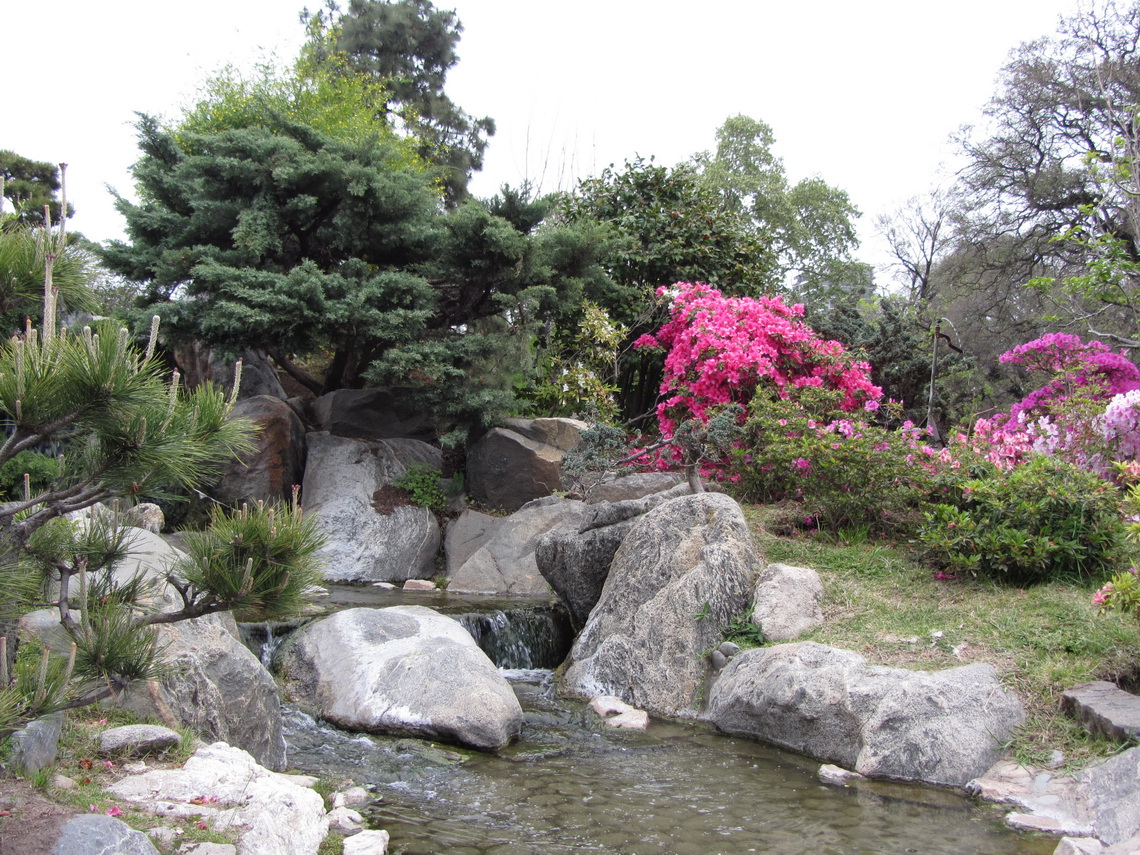 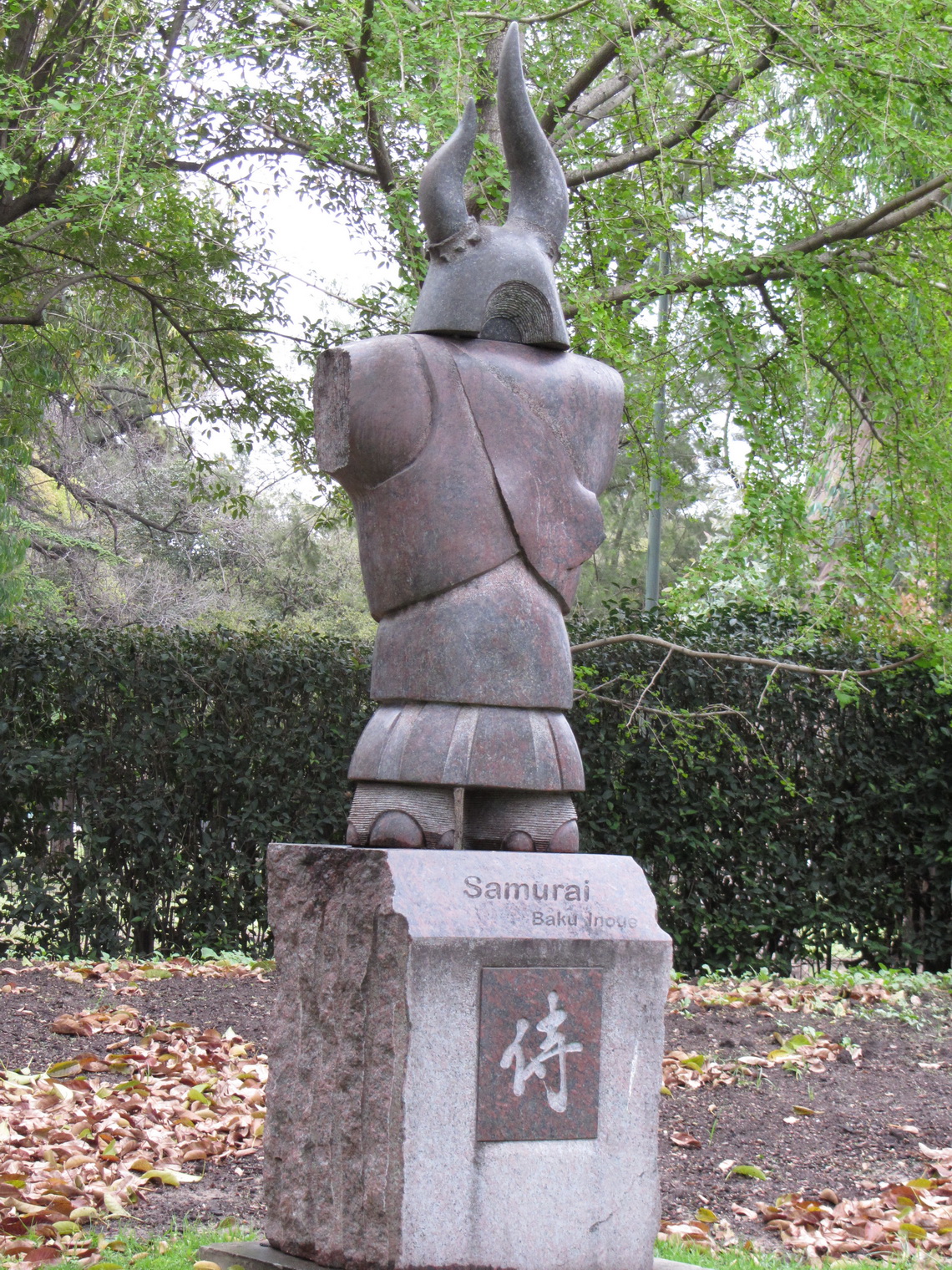 Few kilometers northwest of Buenos Aires are the two pretty towns San Antonio de Areco and Lujan. Both have nice beaches on their rivers, which are very crowded in the summer season. The first one is famous for its traditional Gaucho culture flavored with a peaceful atmosphere and ancient picturesque buildings. The latter one is a pilgrims' destination with a huge cathedral and the most important shrine of Argentina. 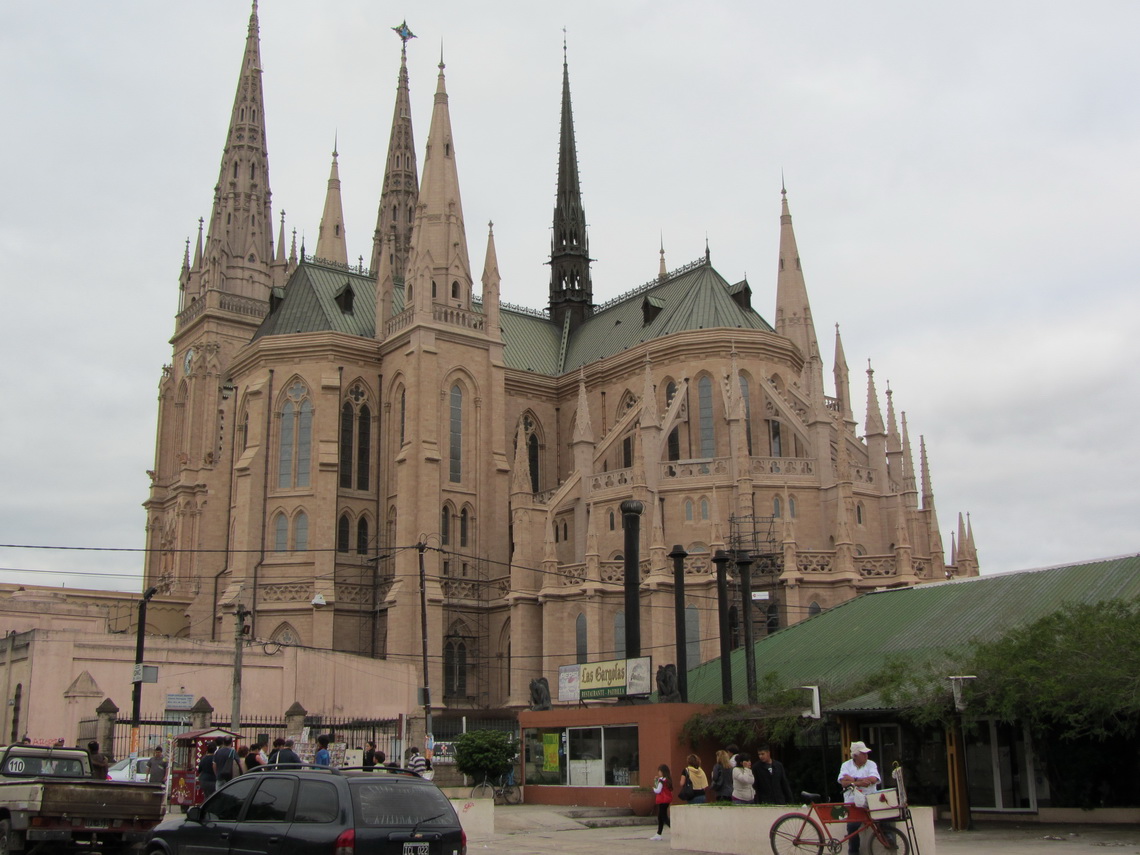 There is a lot of entertainment for the refugees of Buenos Aires behind the cathedral: Very handy - religion and pleasure are close. 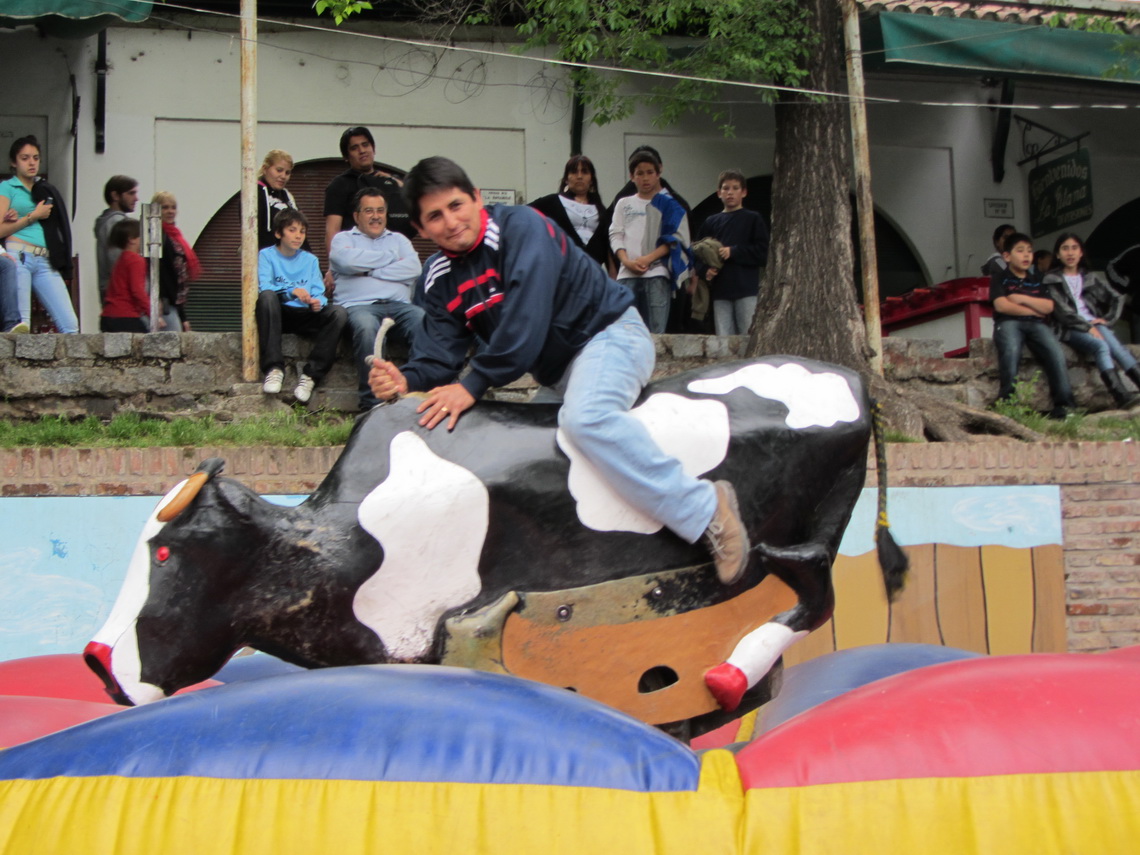 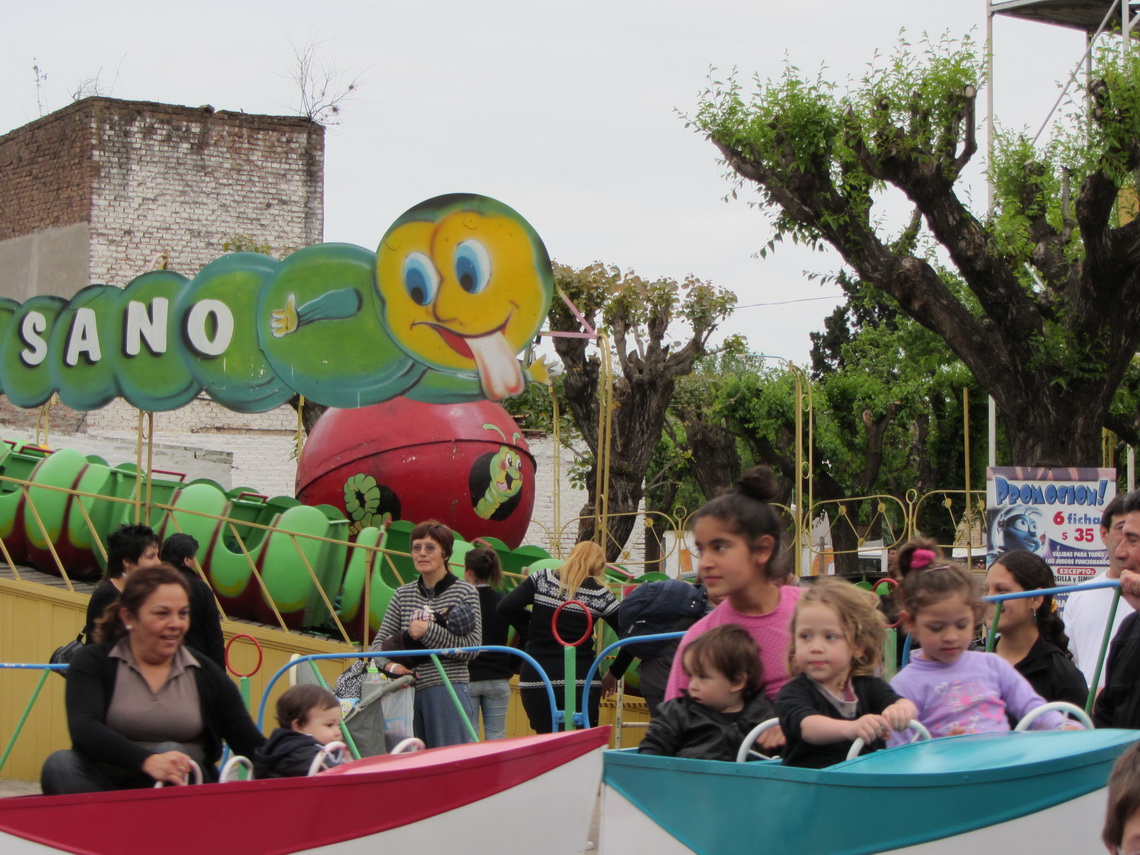 We came back to Buenos Aires in February and May 2013. At this time we met very nice people in Tigre, which have also areasonable campsite close to Buenos Aires, see article Cafayate and the Yungas of Argentina.