The little village Misahualli is the main touristic destination in the eastern part of Ecuador - El Oriente in the hot, humid, green and lush area of Amazonia. It is located on shore of the river Rio Napo, one of the mightiest tributary of the Amazon river. Misahualli is an ideal base for trips into the jungle with a very good infrastructure. 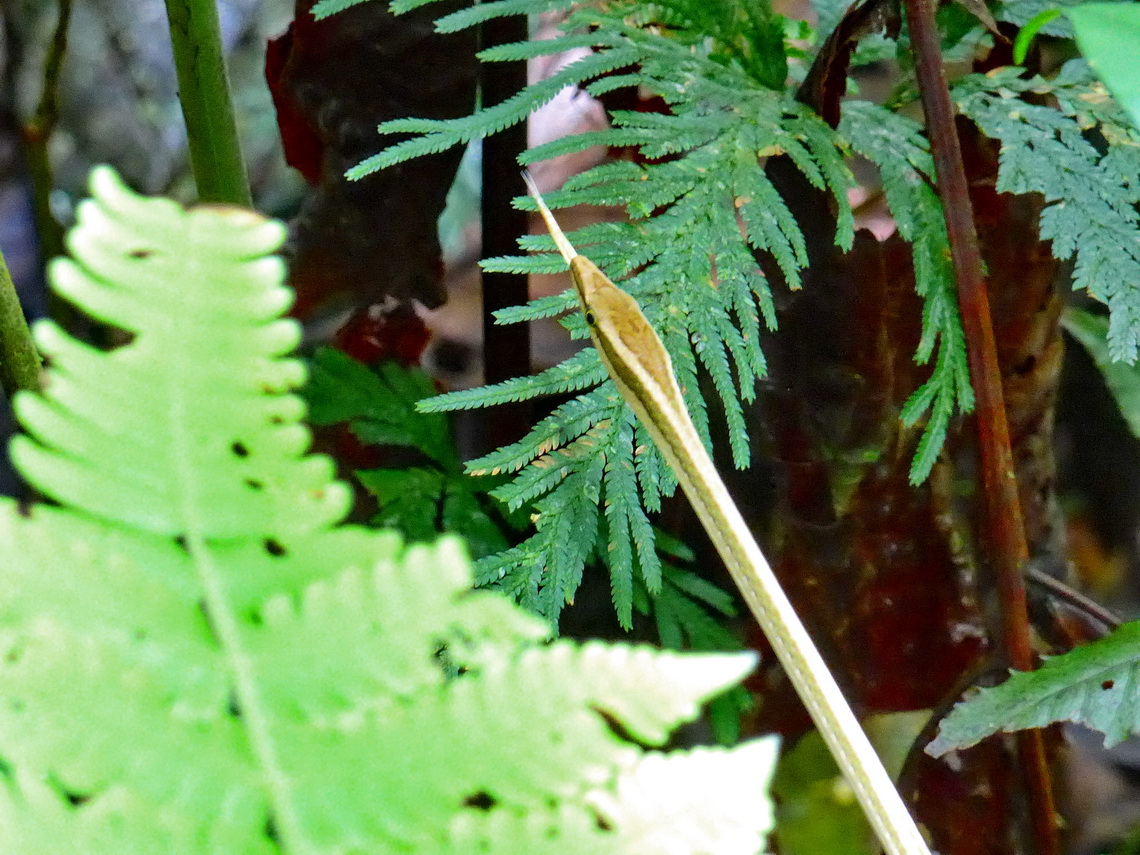 We had been already two times in Ecuador, firstly in May 1981 and secondly in January 2004. 1981 we had been visiting the indigenous people Aucas- an exhausting 5 days trip. 2004 we had taken a public boat to Coca - a 10 hours voyage, which is no longer possible because today is a good paved road to Coca and the public transportation is done with buses. Tommy had been never in Amazonia, thus we decided to travel a third time to Misahualli. Again it was an amazing trip into the wonders and secrets of Amazonia.

Because our car had no engine at this time we took the direct bus to Ambato from our base Finca Sommerwind and continued to Baños where we stayed two days, see next article. From there every two hours a bus goes to Tena via the impressive gorge of the river Rio Pasto. In the district capital Tena is every hour a bus to Misahualli available, where we arrived on November 25th 2014. Traveling with public buses is easy, comfortable and incredible cheap in Ecuador.

Together with three girls from three different European nations we did a one day hike through the Reserva Jatun Socha, which is located between the rivers Rio Napo and Rio Arajuno. Luis Zapata from the agency Selva Verde organized everything for a reasonable price, see also their website www.selvaverde-misahualli.com. 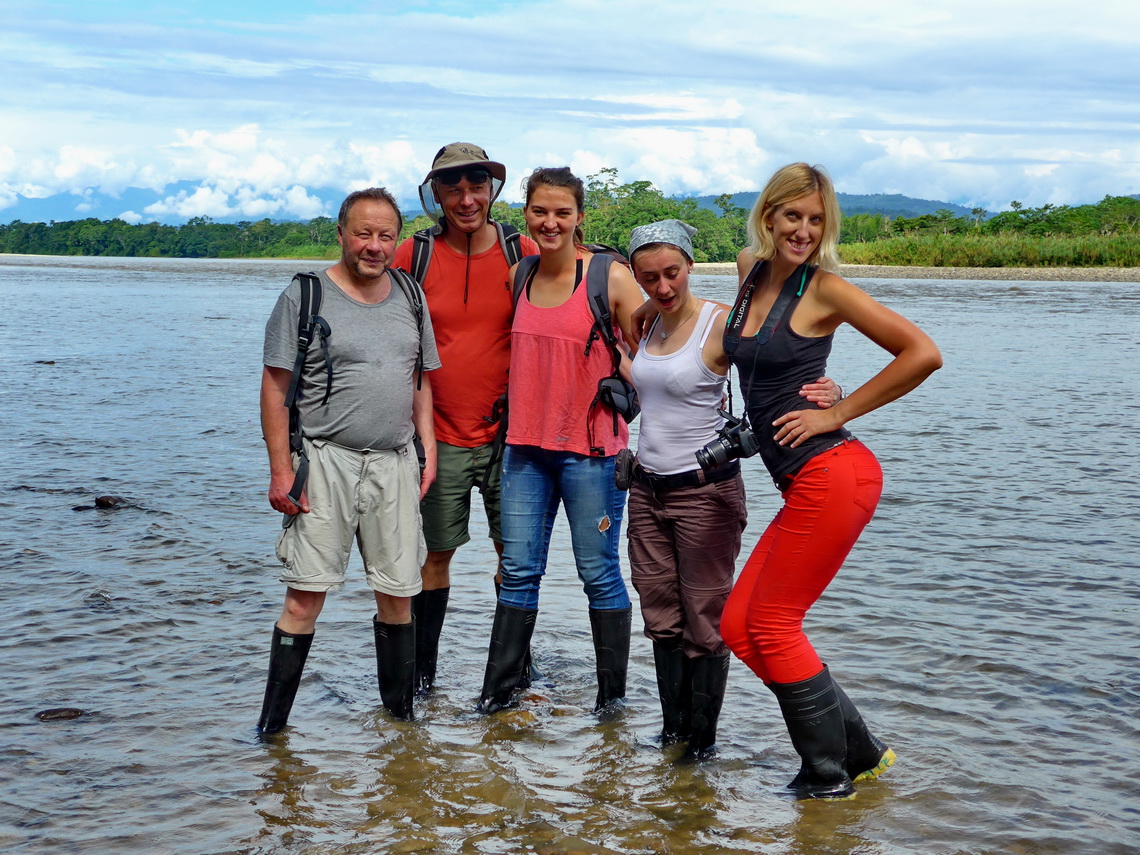 After a short trip with a boat we hiked several hours through the jungle and detected stunning animals and plants. In addition our sense of taste experienced new exciting flavors. 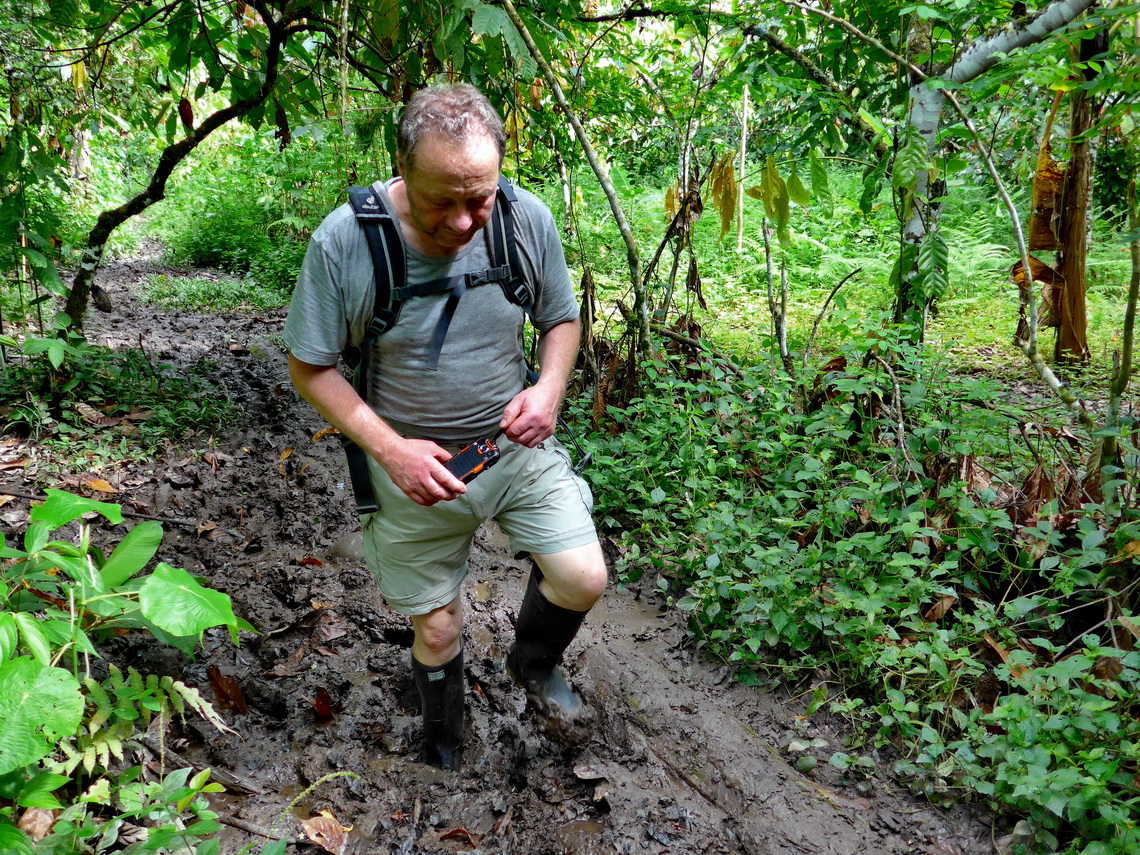 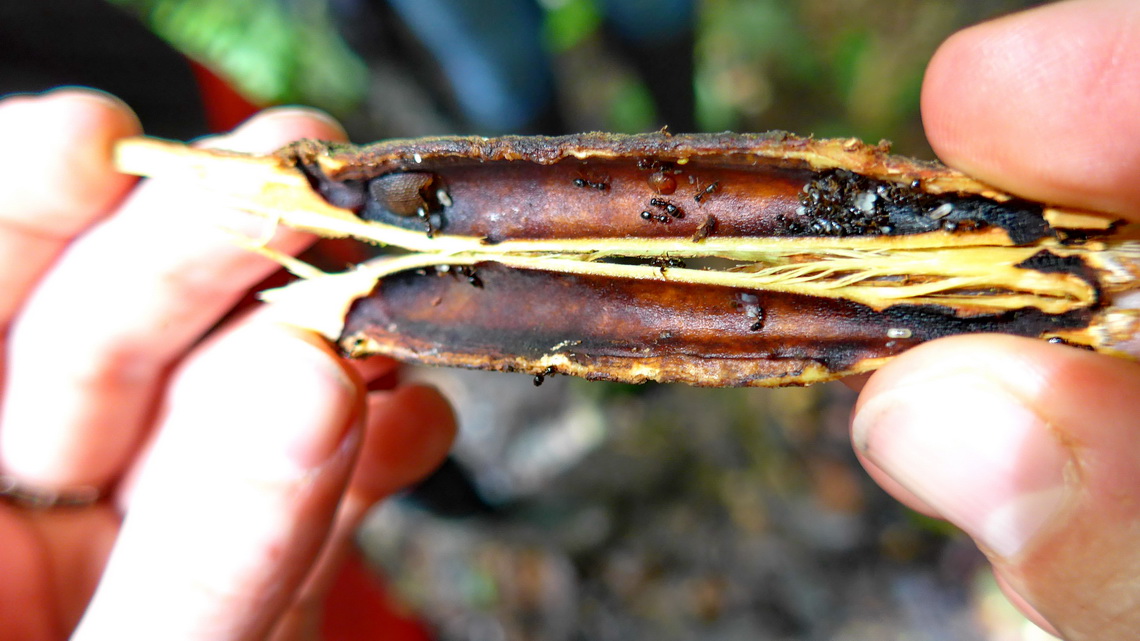 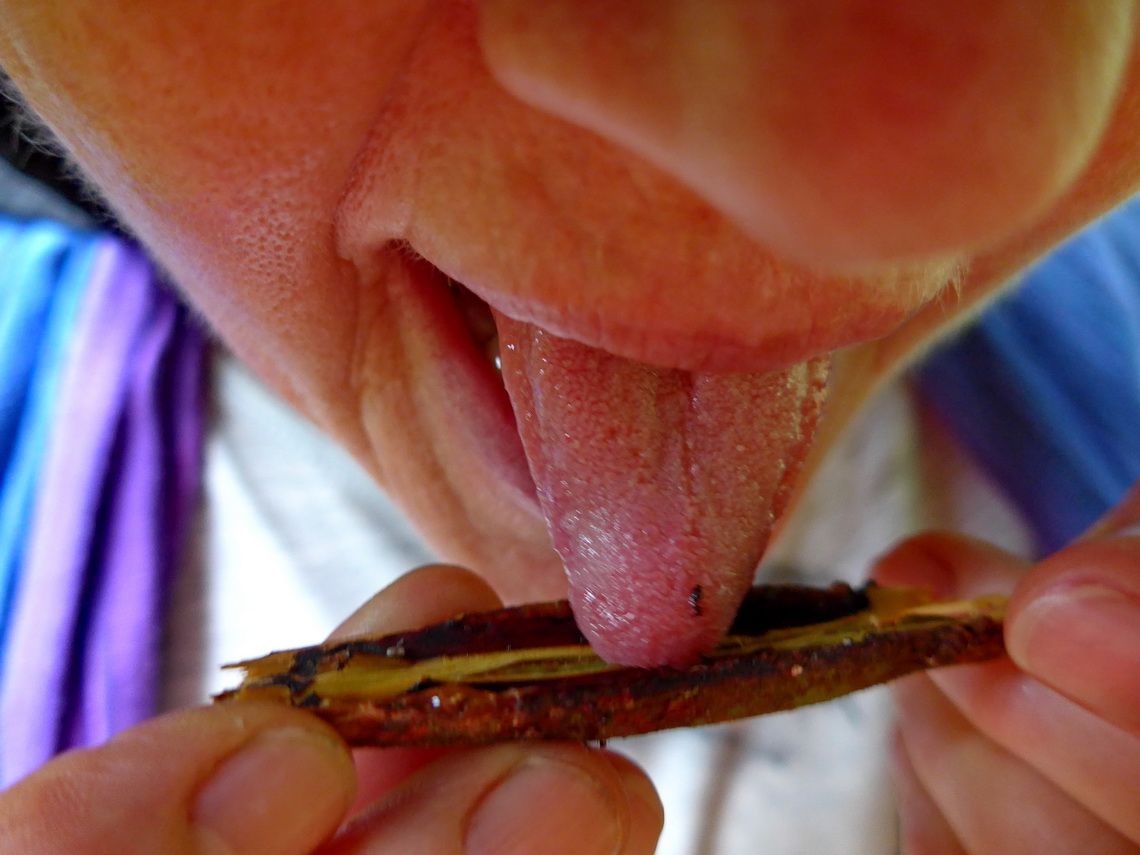 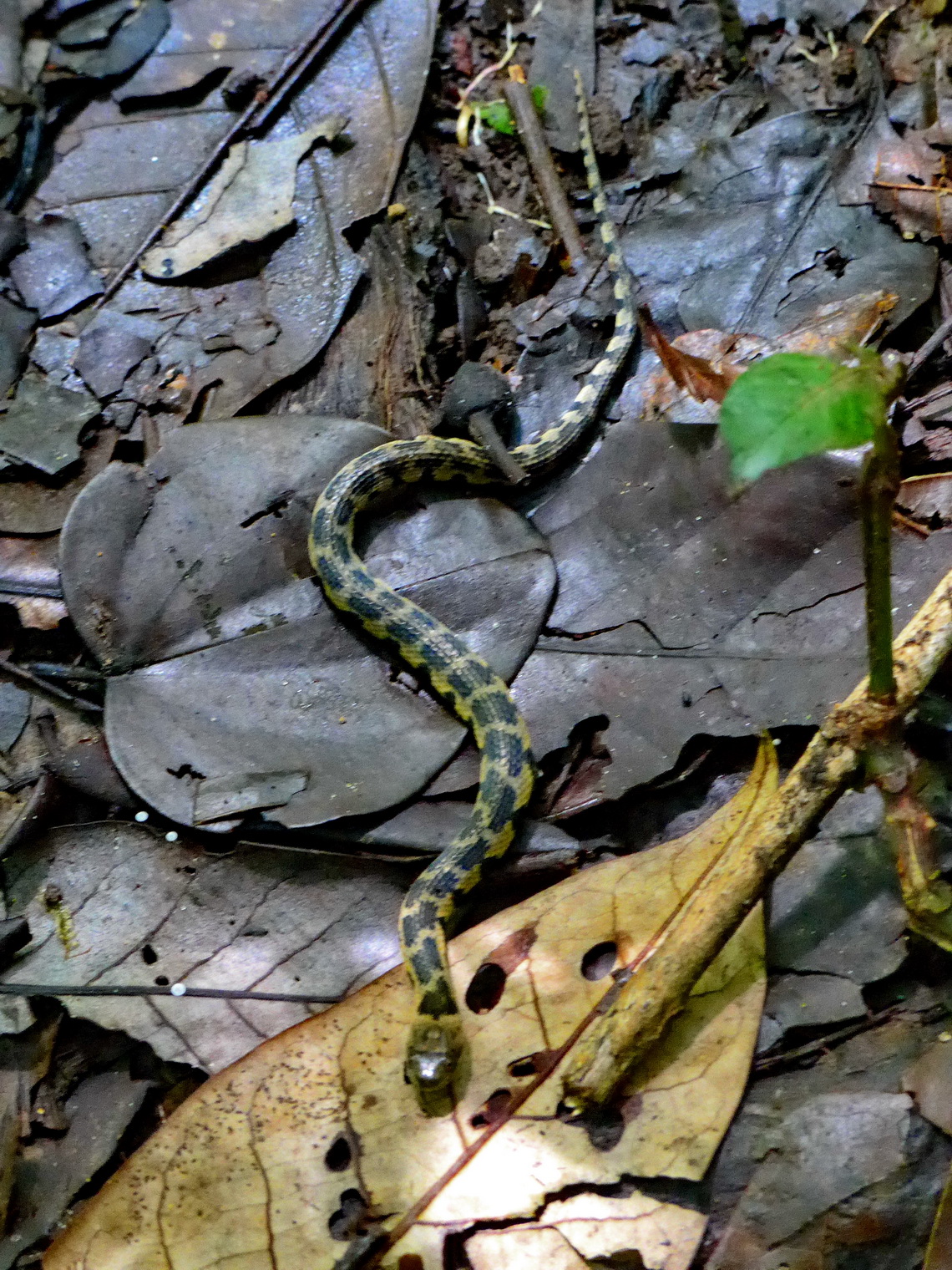 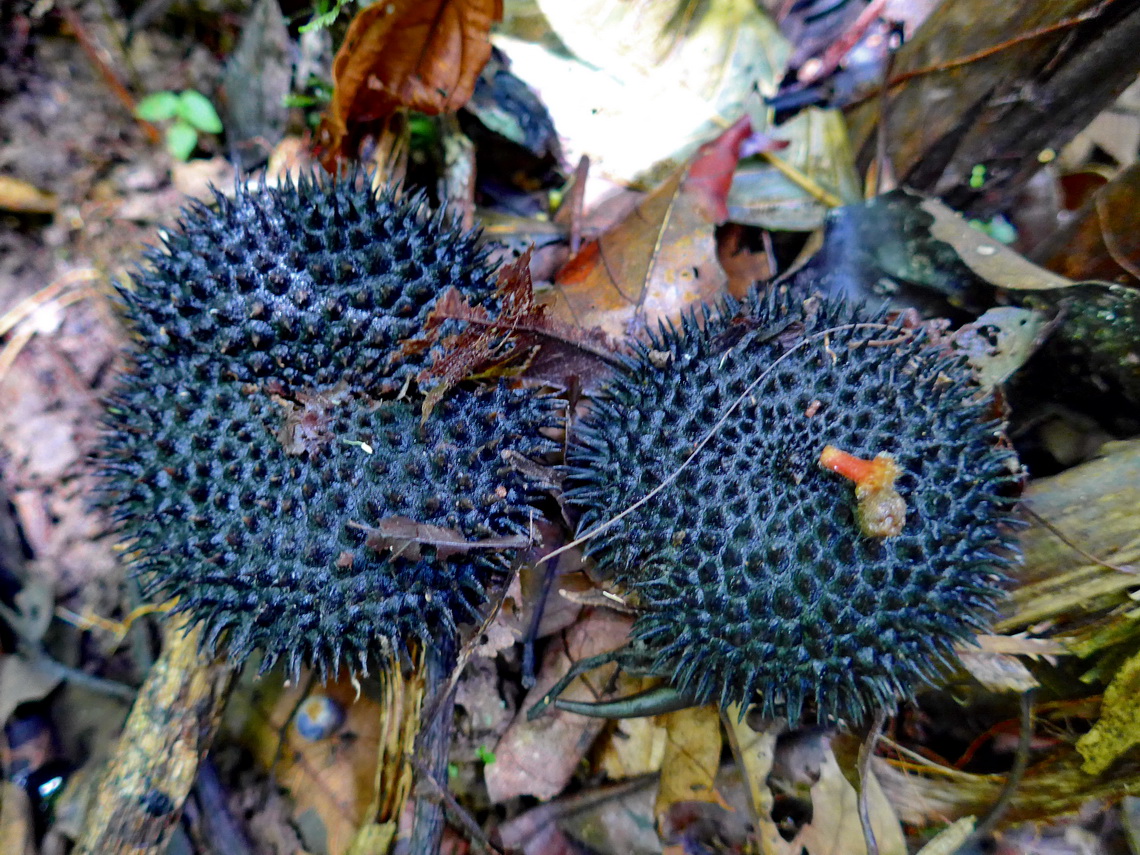 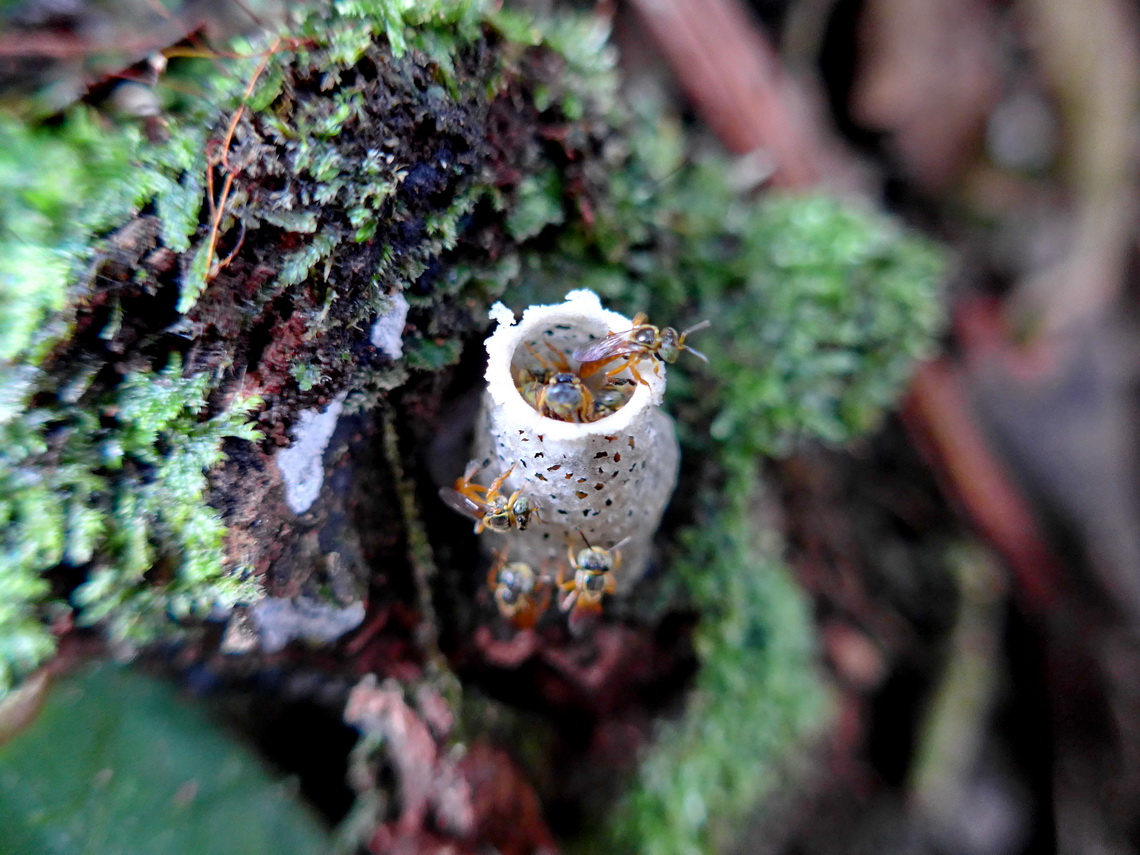 At 2:00PM we were hungry like wolves and we got an excellent lunch on shore of a little stream. When we started hiking again thunder arose and the sky became nearly black. Soon we were totally soaked by heavy rain of the Amazon. After one hour it stopped as fast as it had begun and we arrived at a little settlement. 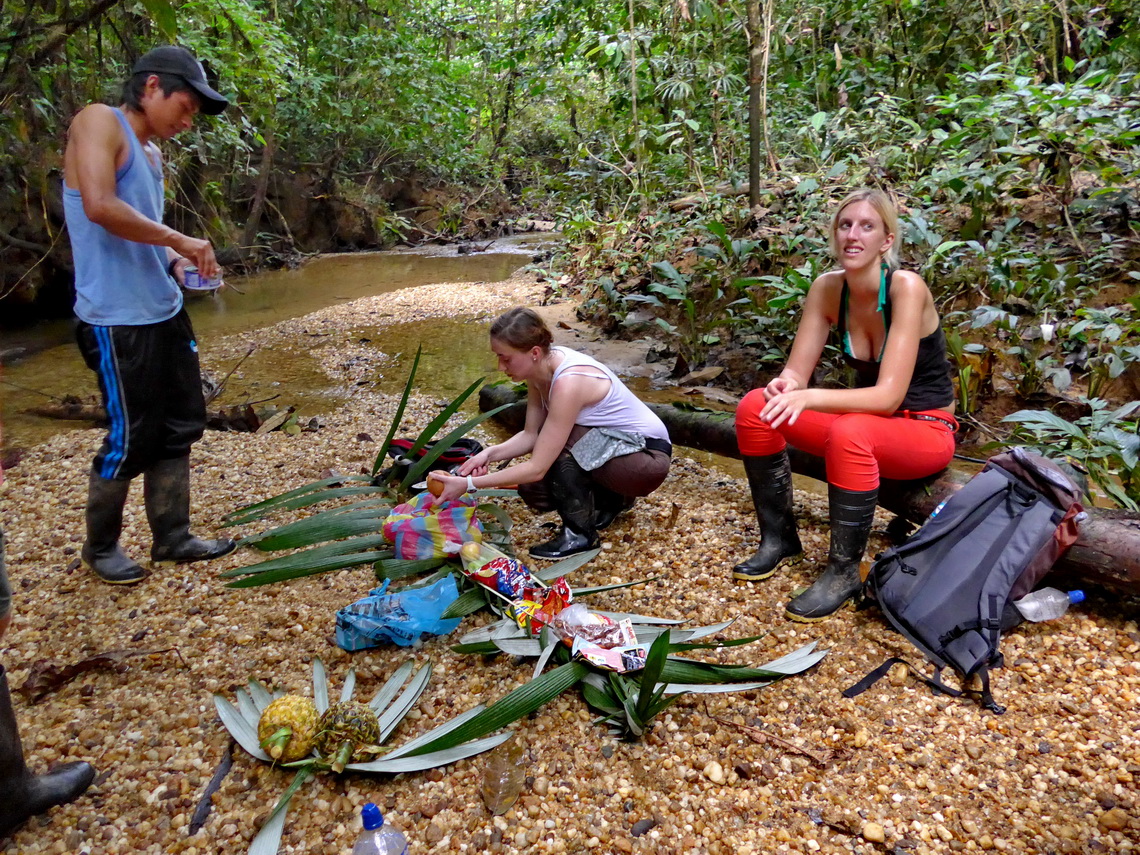 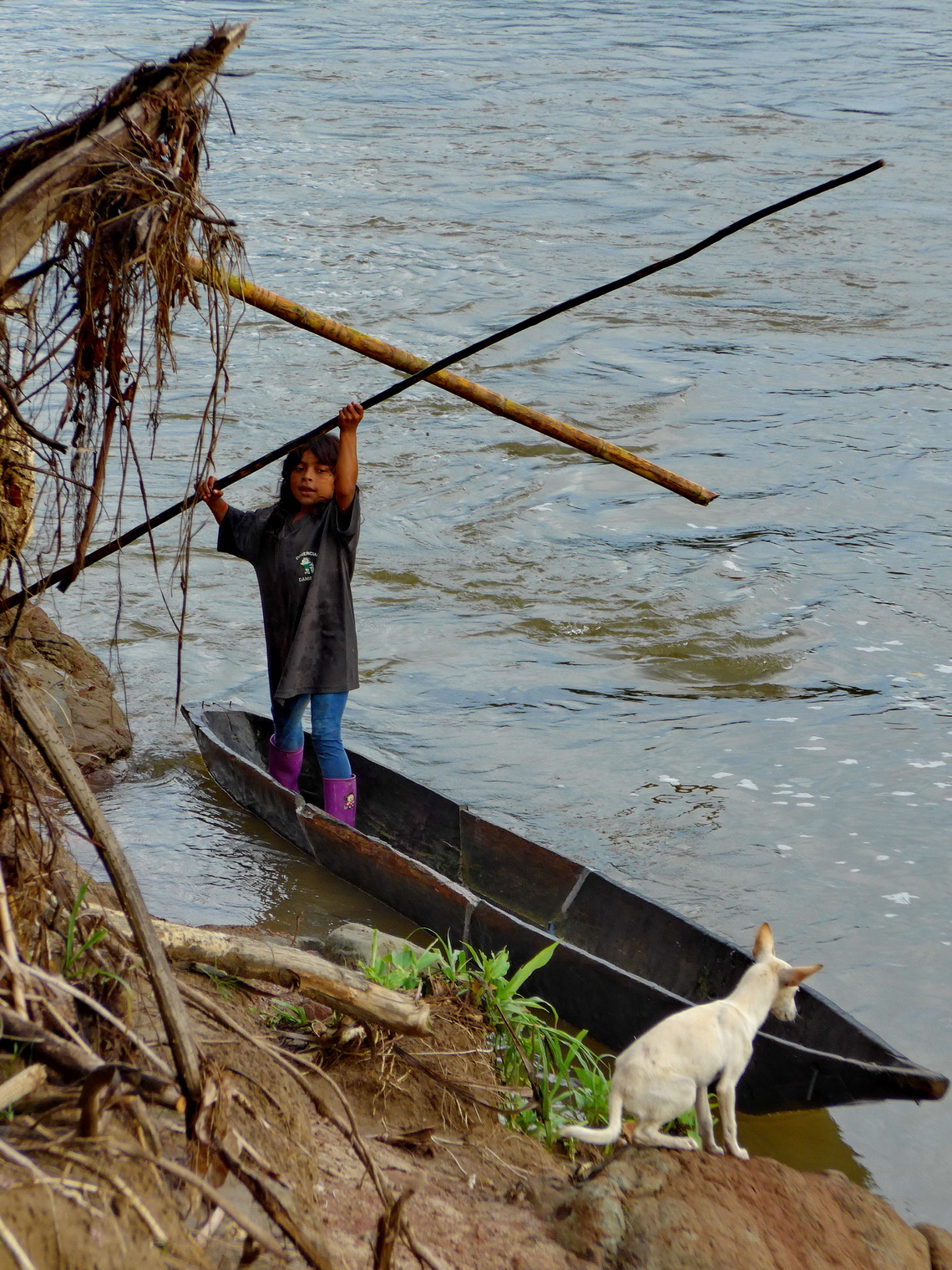 Back to Misahualli we took a boat again. It was busy on the river at the late afternoon. 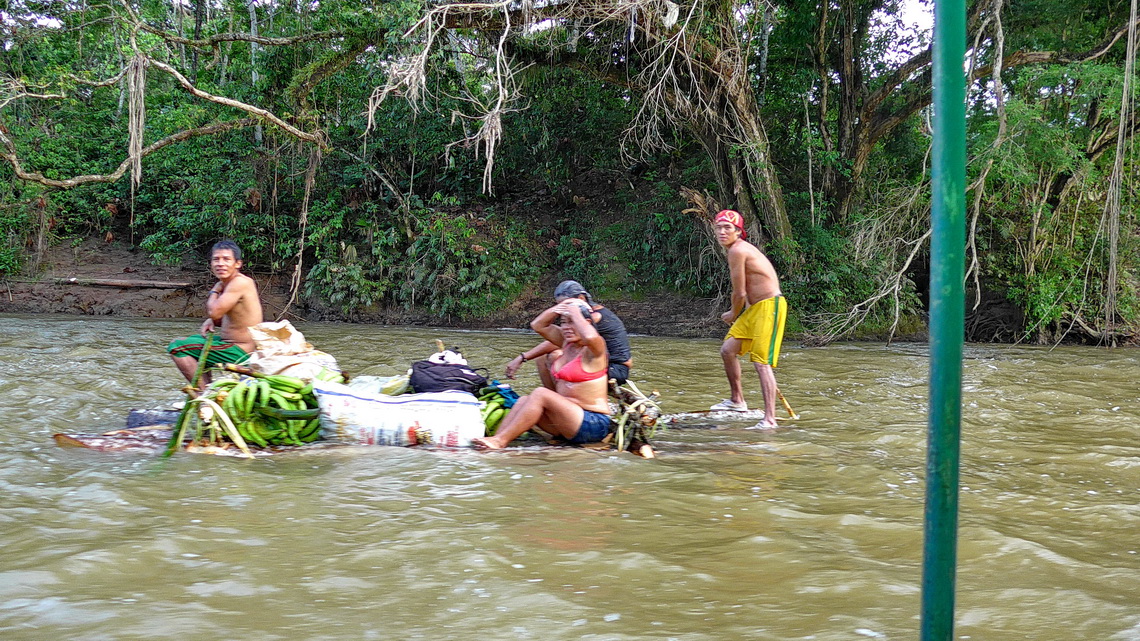 Naturally we had a lot of dirty garments when we returned to our hostel. Alfred brought it to a shop which includes laundry. Two hours later he remembered that he had hidden a lot of money in dirty socks for safety reasons. Our plan was to continue after Misahualli directly to the airport and to the Galapagos island,s which are everything but cheap. Alfred run immediately to the shop and found it in the processing washing machine. The girls of the shop were laughing deeply and we had to dry many clean bills of 10 and 20U$. Indeed we were very lucky!

On the next day we took the bus few kilometers back to Tena and we hiked to the waterfall Cascada de Latas. What a surprise we met the three girls again and we welcomed us warmly - Thank you we had so much fun together. But we met also a snake on the path. In contradiction to the previous day we just had our sandals because the German Rother guidebook for Ecuador states that sandals are sufficient. Definitely rubber boots are better! 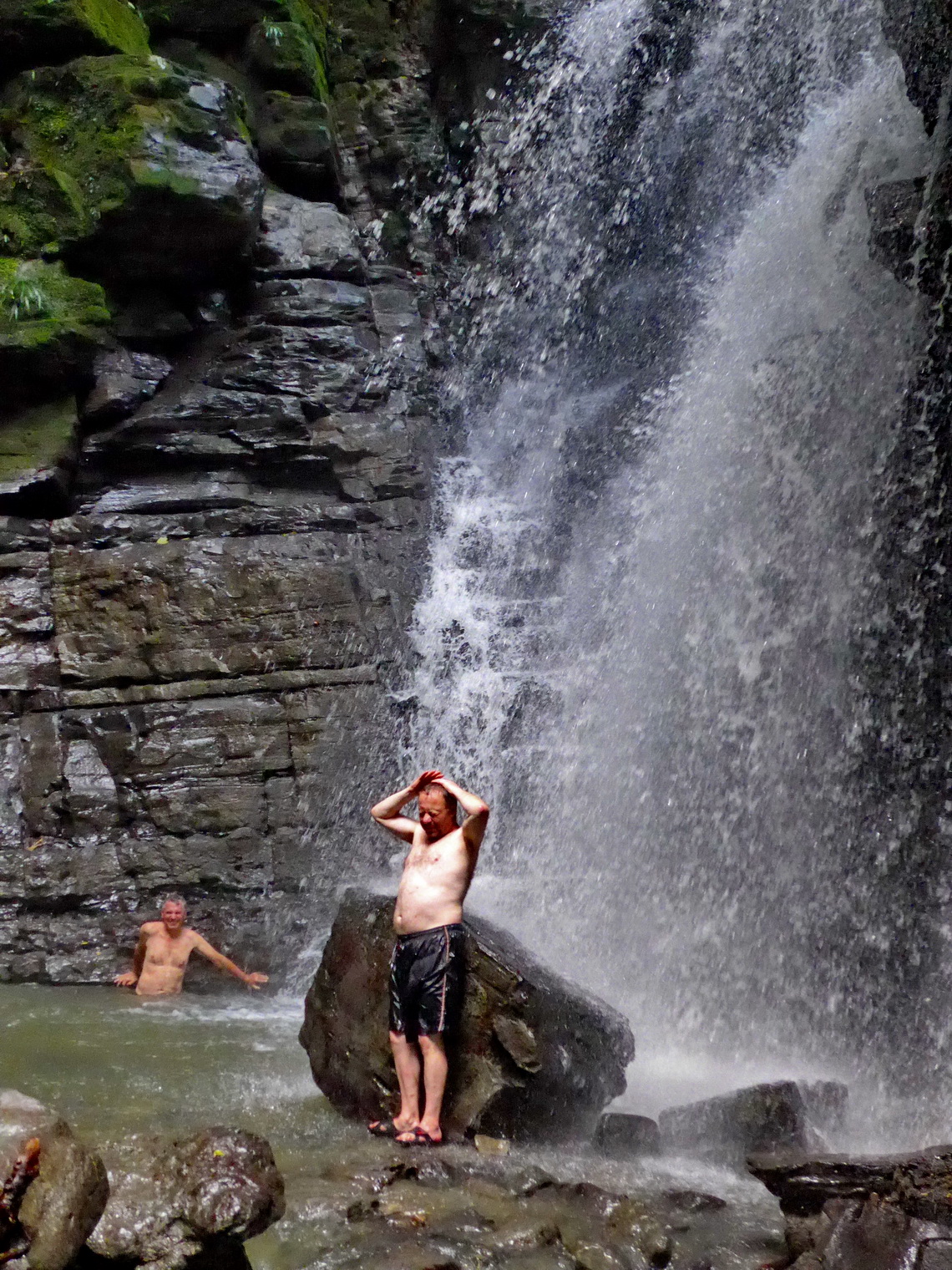 We returned to the street along the river and found another unbelievable scary animal - The biggest spider we have ever seen with a diameter of approximately 15 centimeters including its hairy legs. 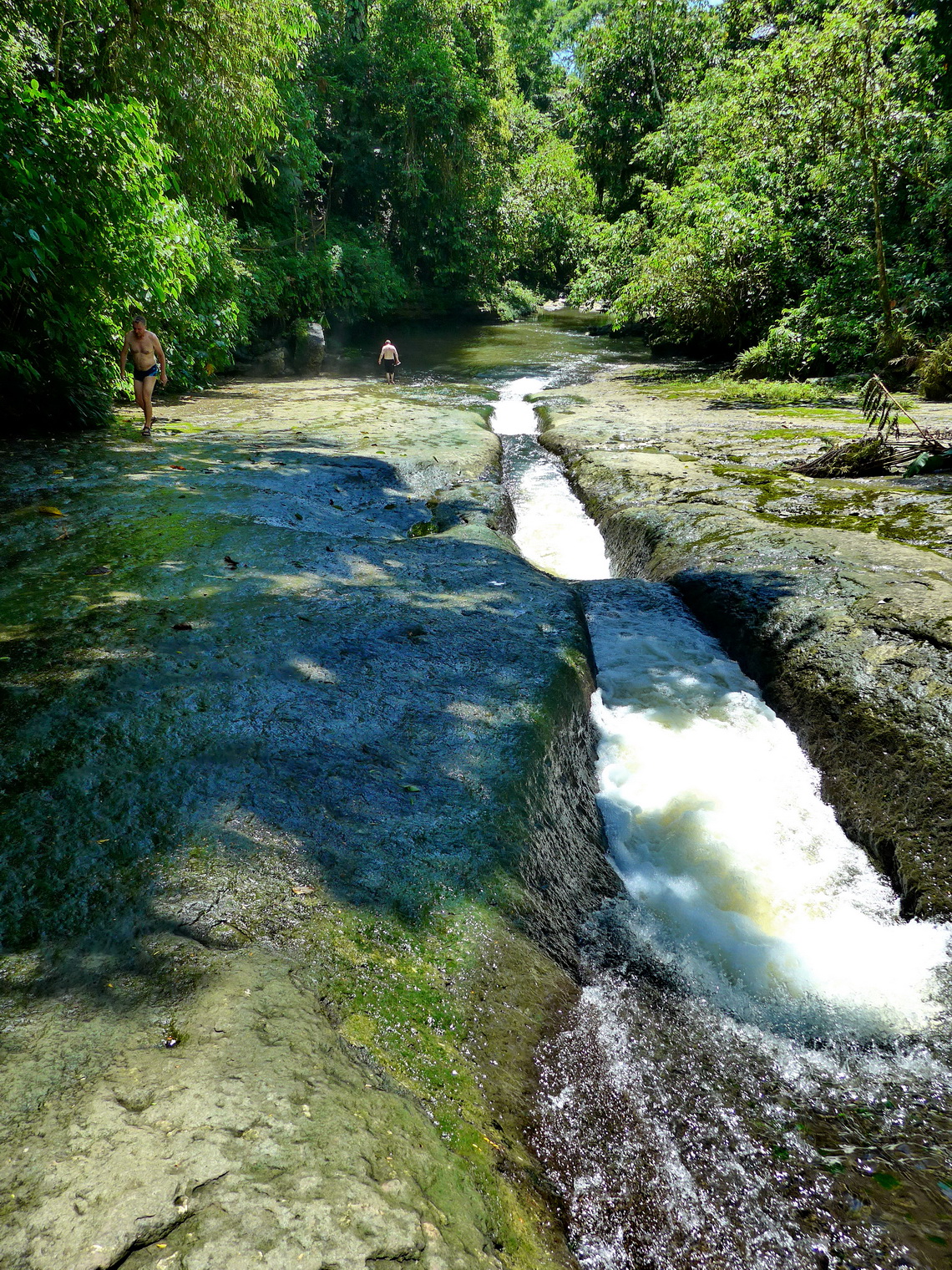 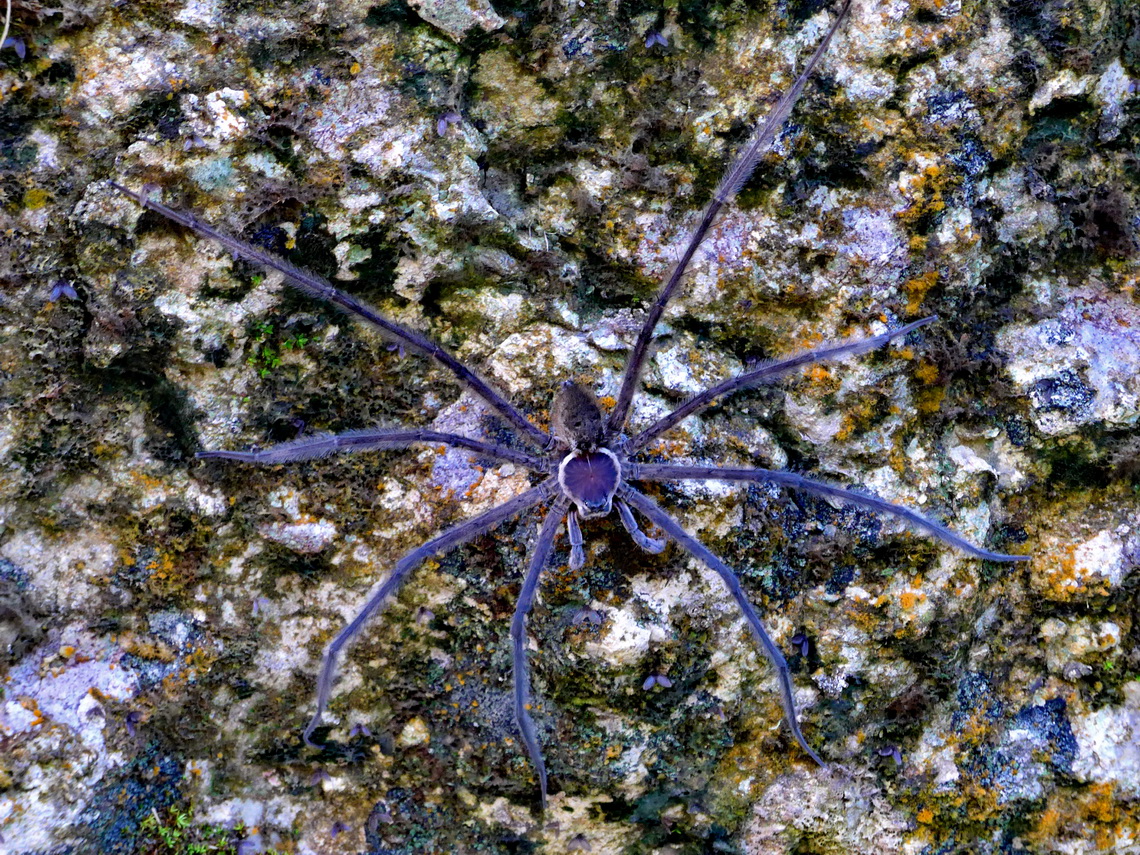 In the late afternoon we walked few kilometers to the indigenous settlement Sinchi Warmi, which is located about two south of Misahualli. On the way back we did a short canoe trip on the lake Laguna Isla Paicawe at dawn, where we saw many beautiful birds and some shrieking monkeys. 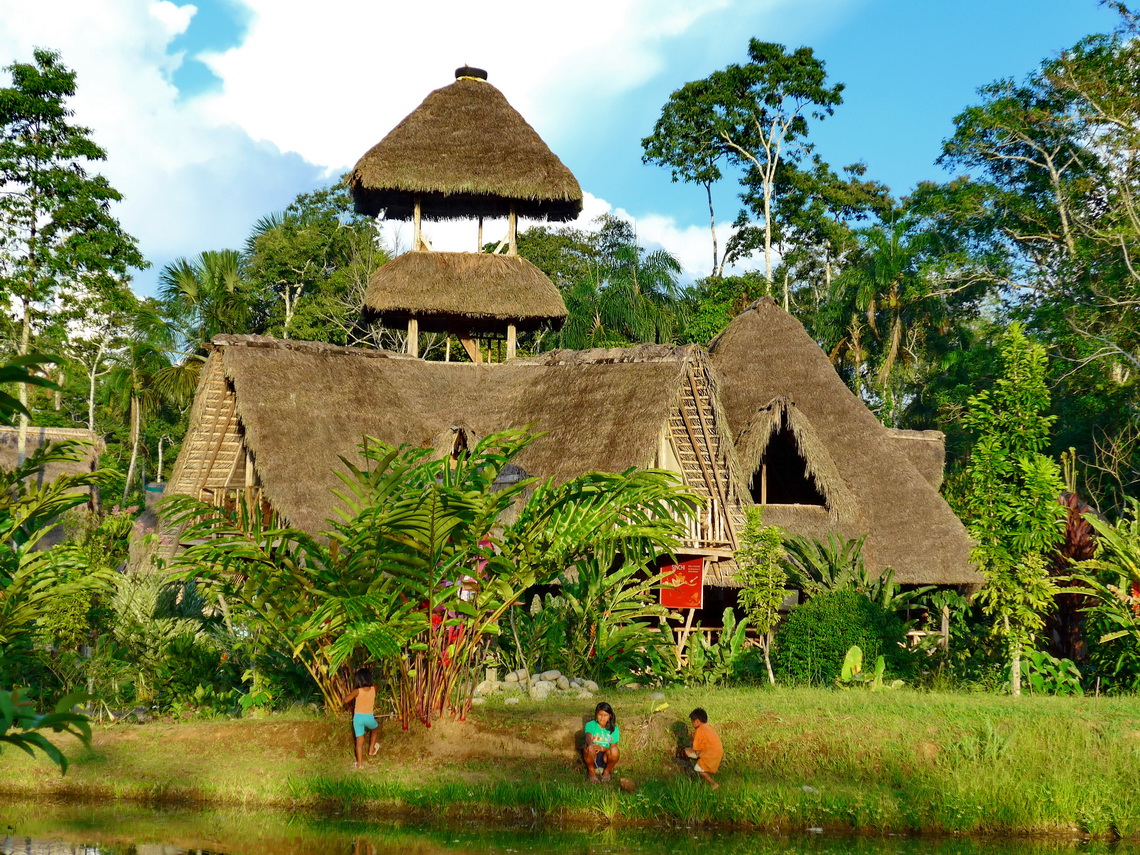 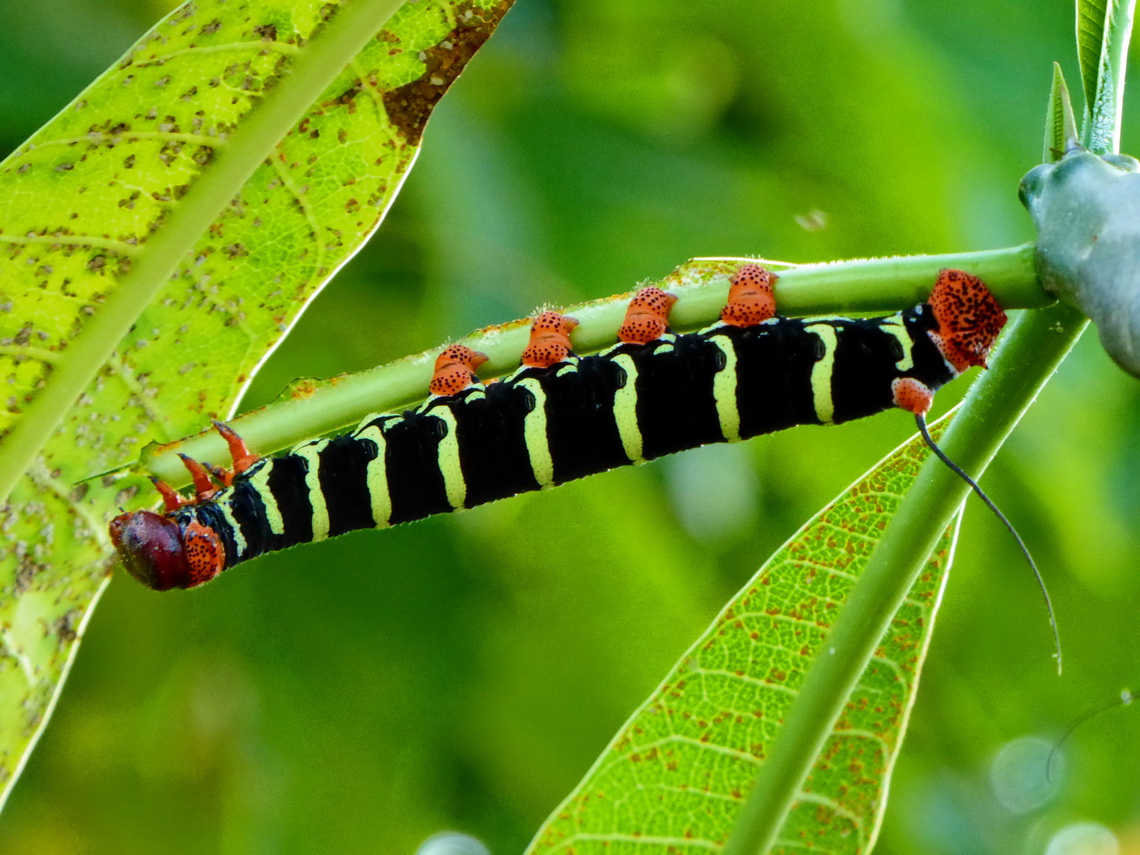 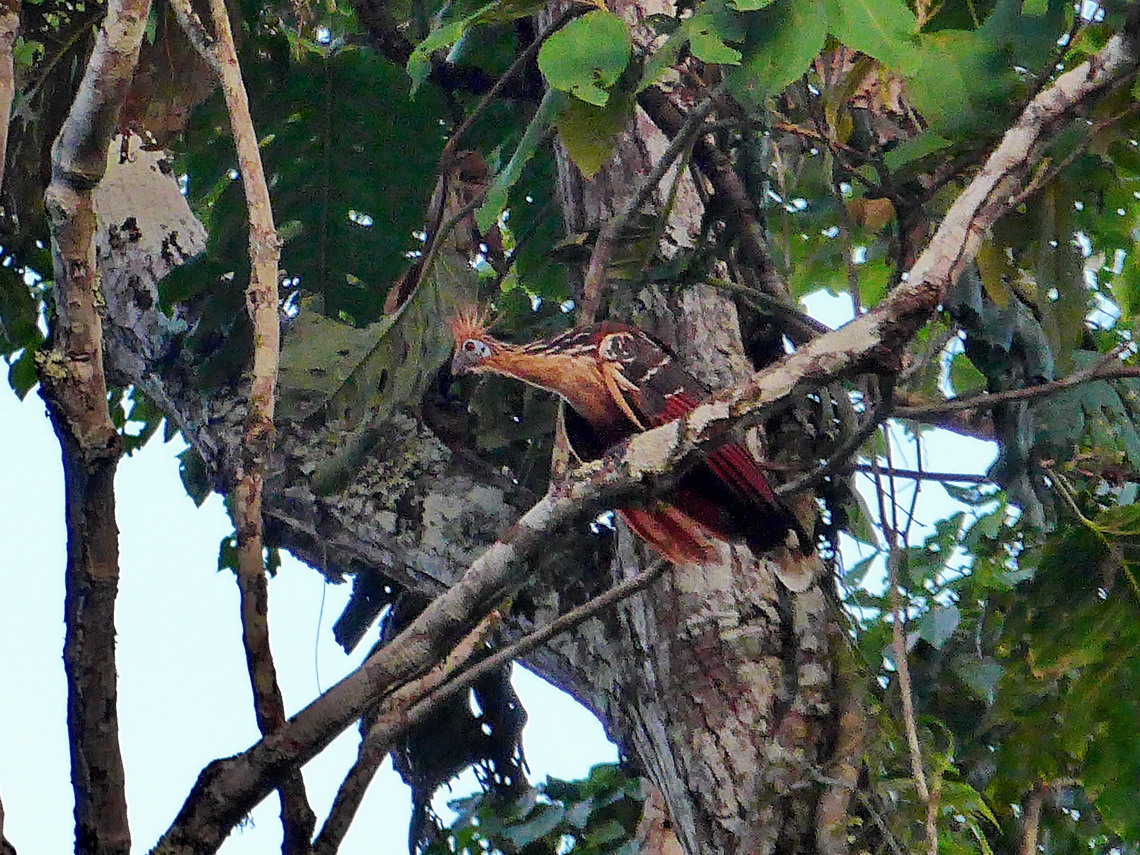