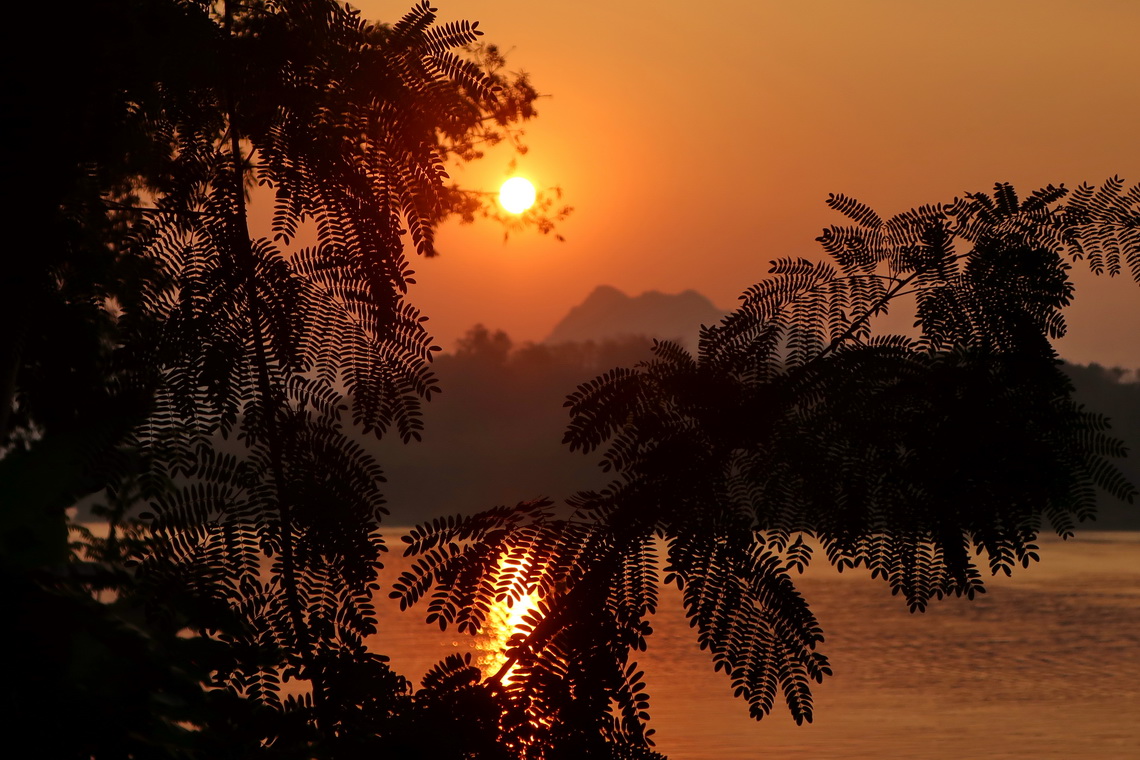 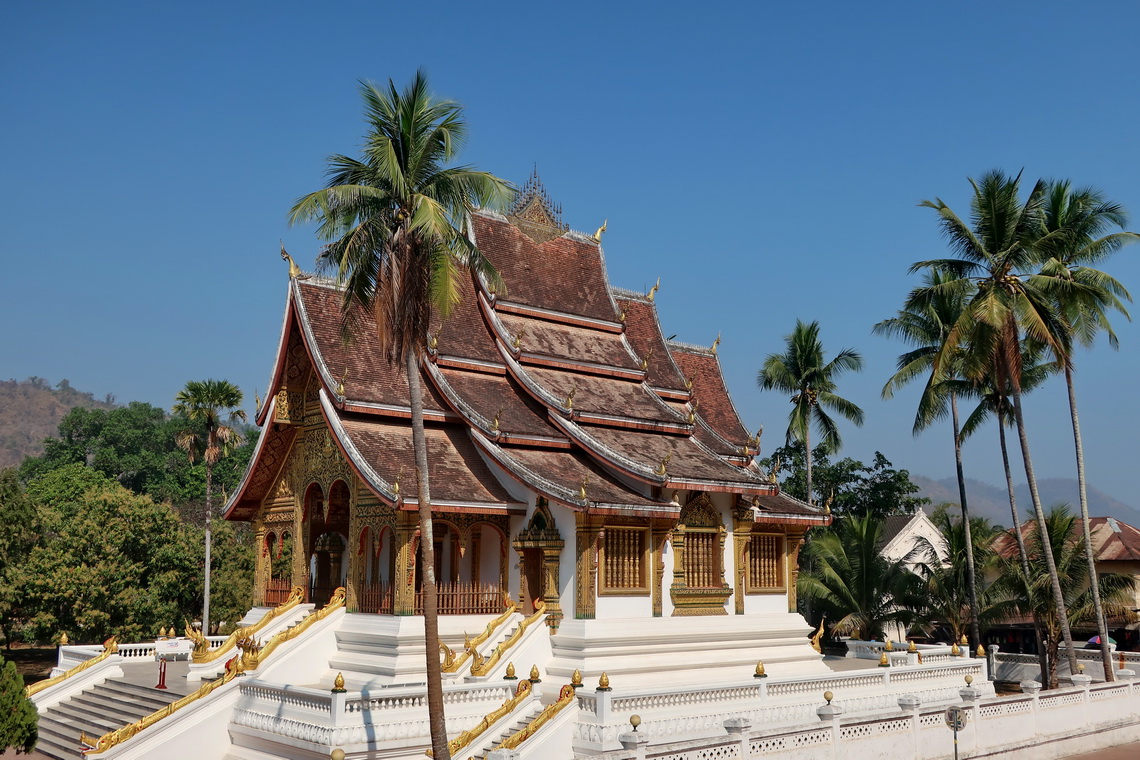 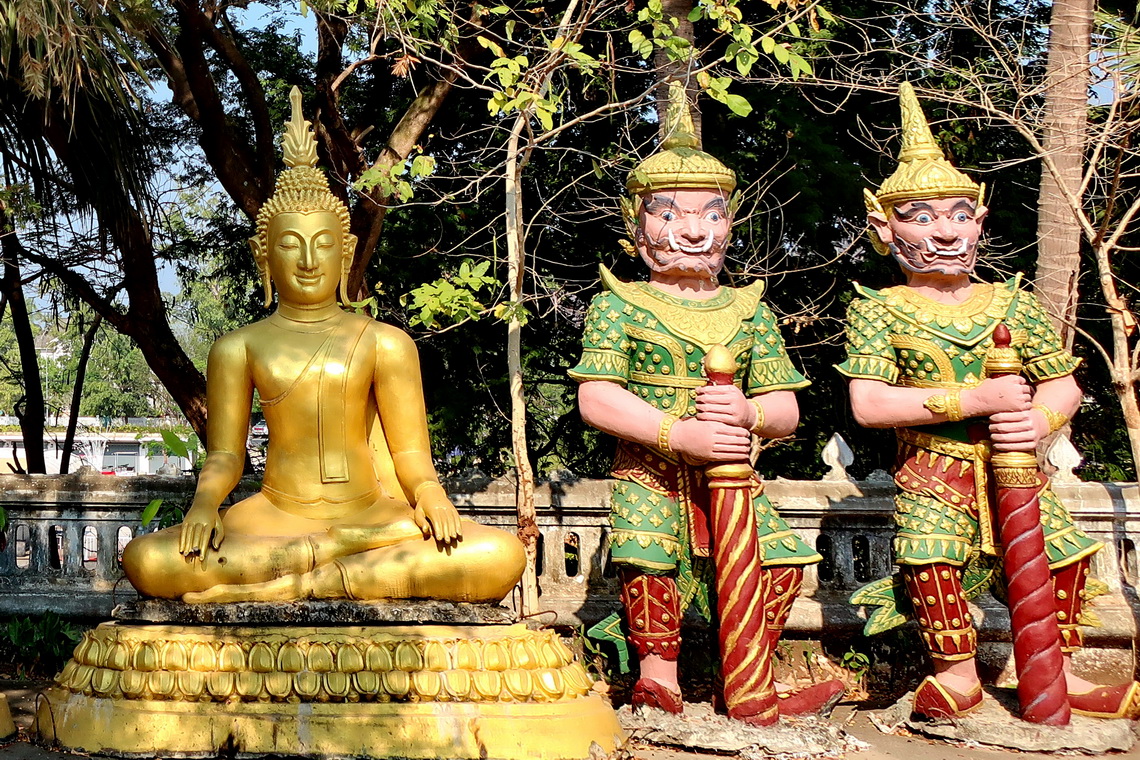 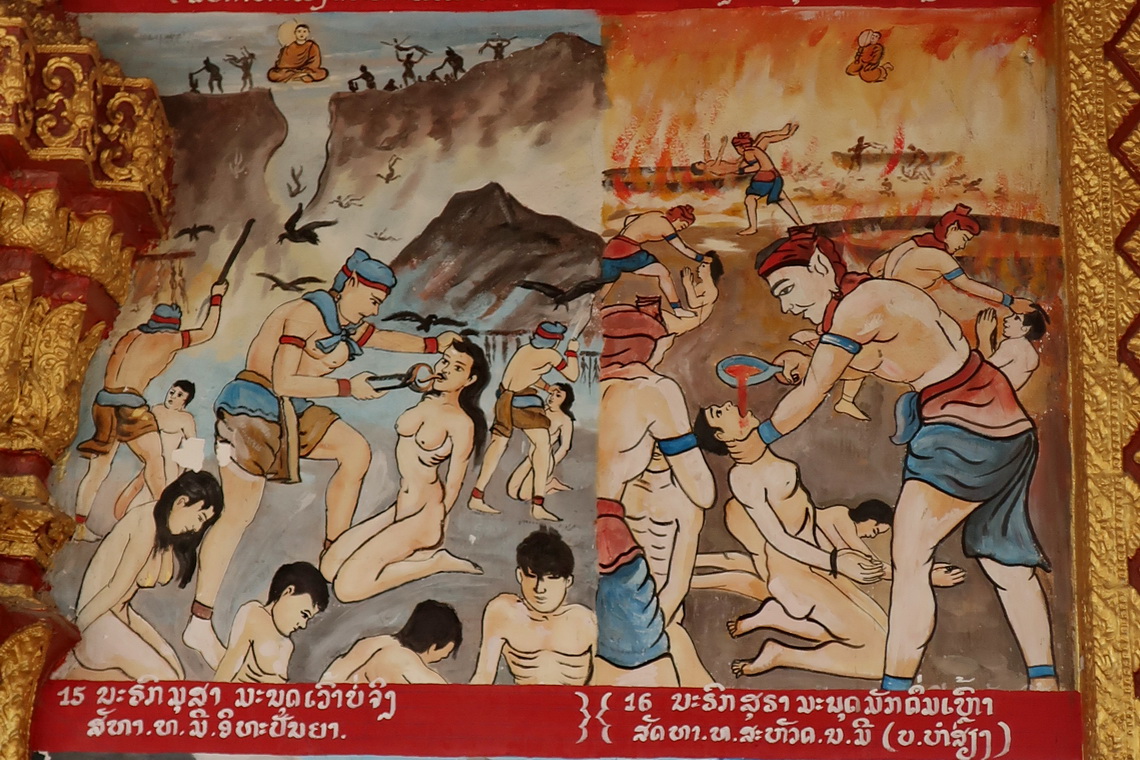 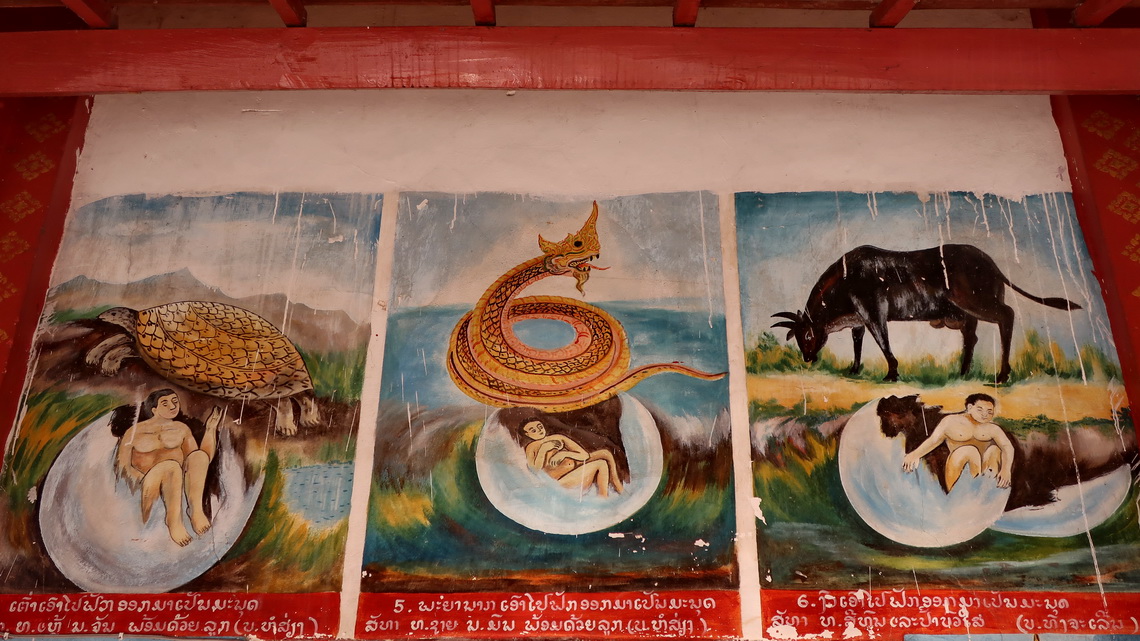 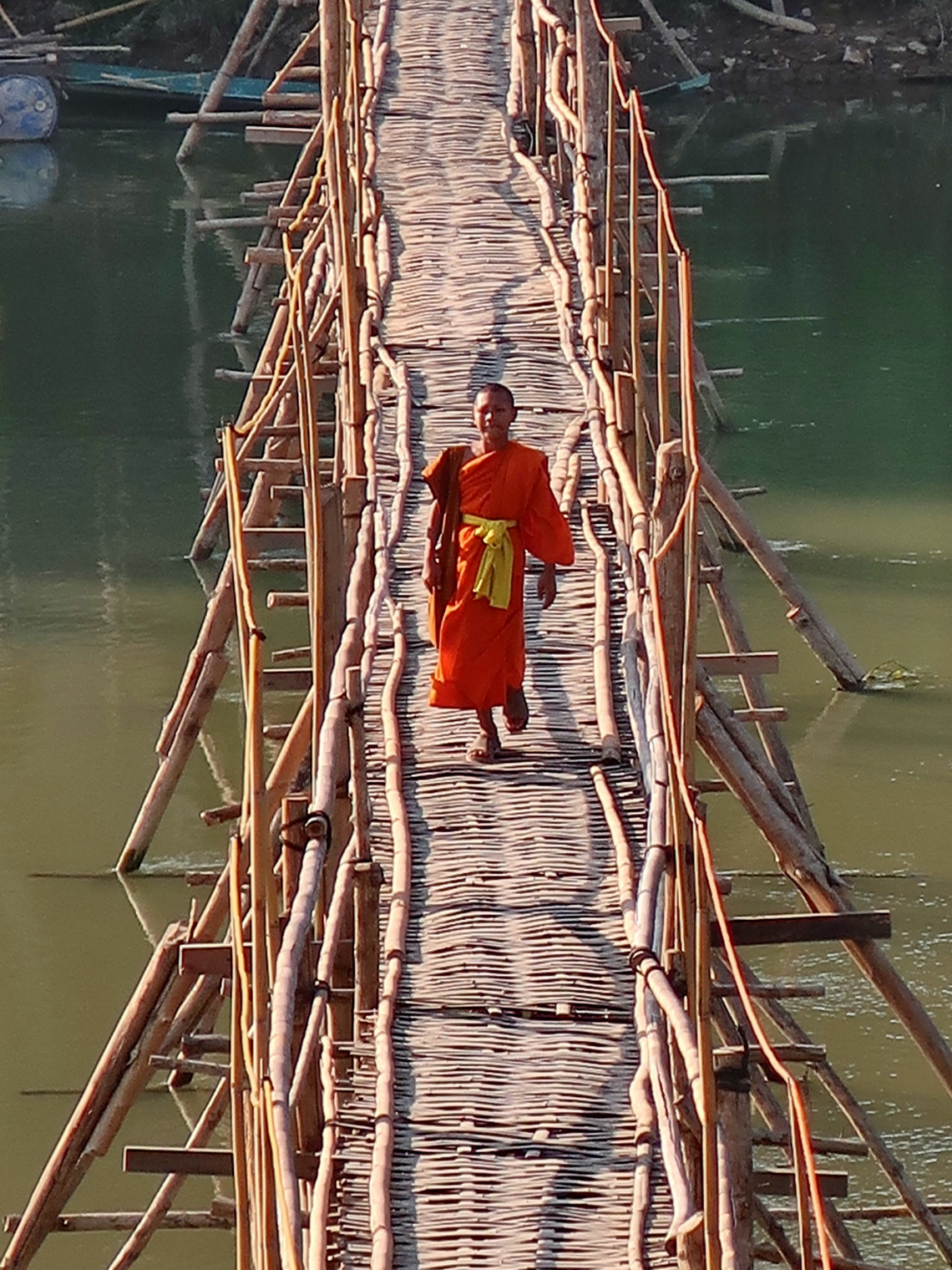 We took a private boat down the Mekong and a short taxi ride to the wonderful Kuang Si Waterfalls. A short trail leads to the top of the falls where we visited the water cave with a bamboo boat. Swimming in the refreshing water was excellent on foot of the lower waterfalls. 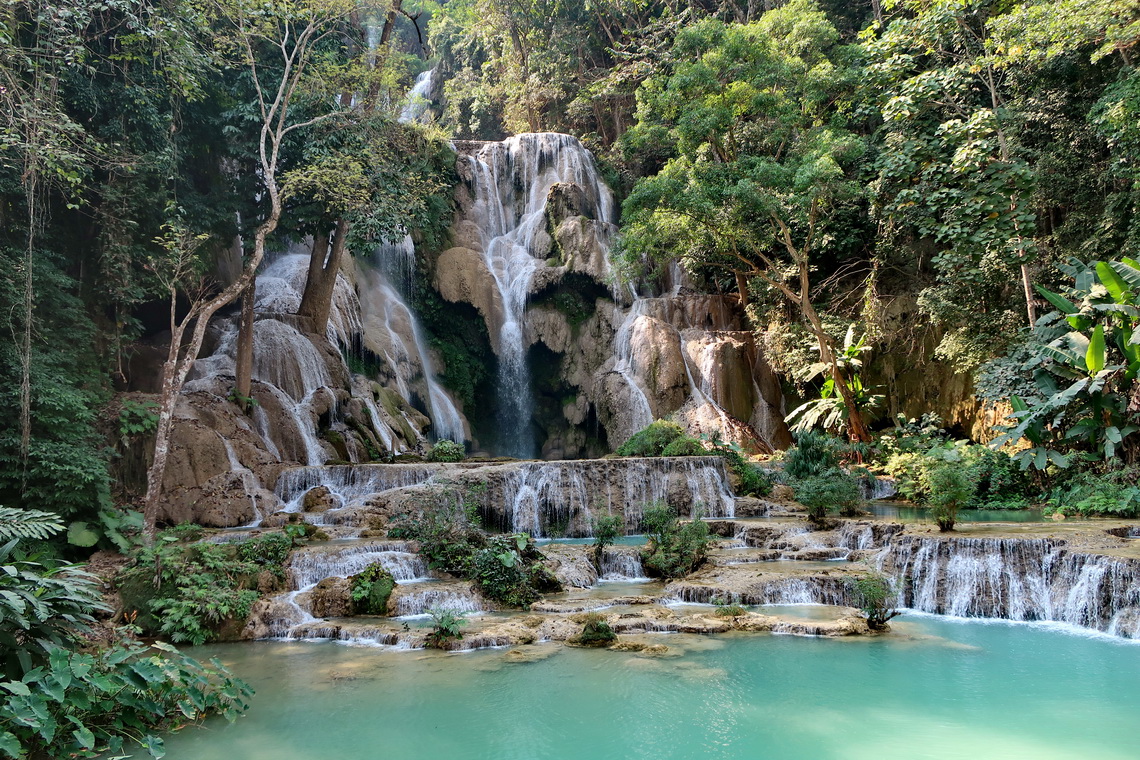 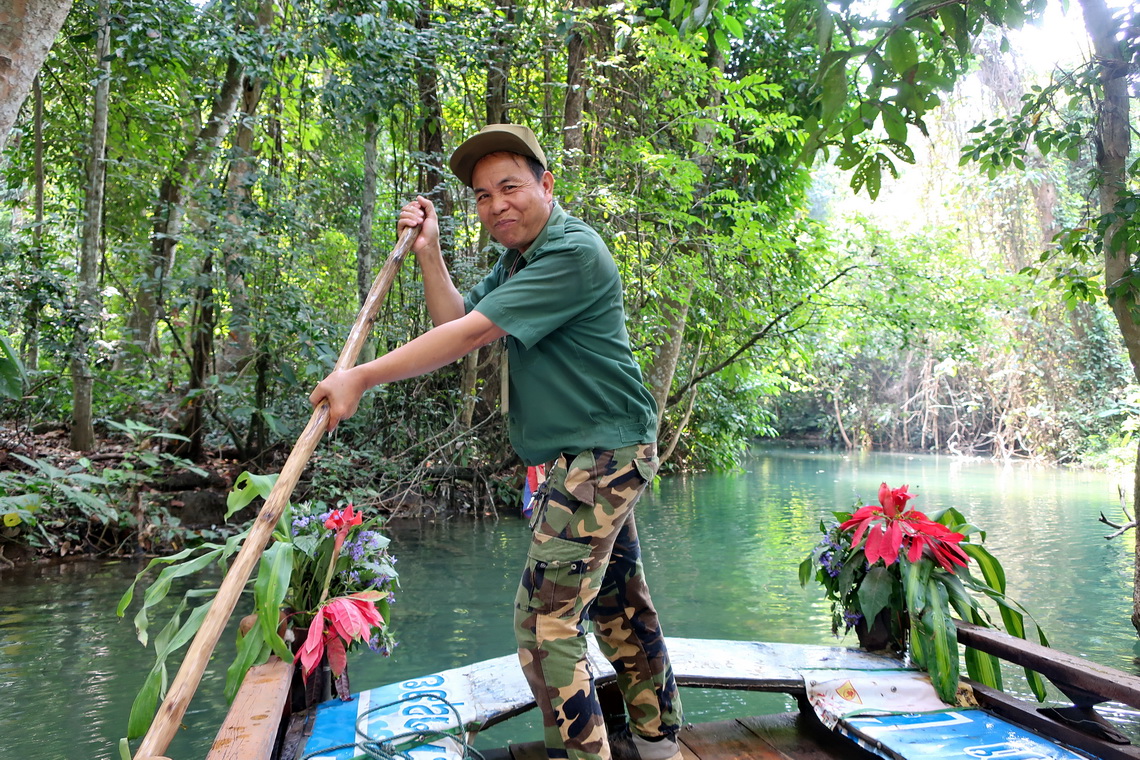 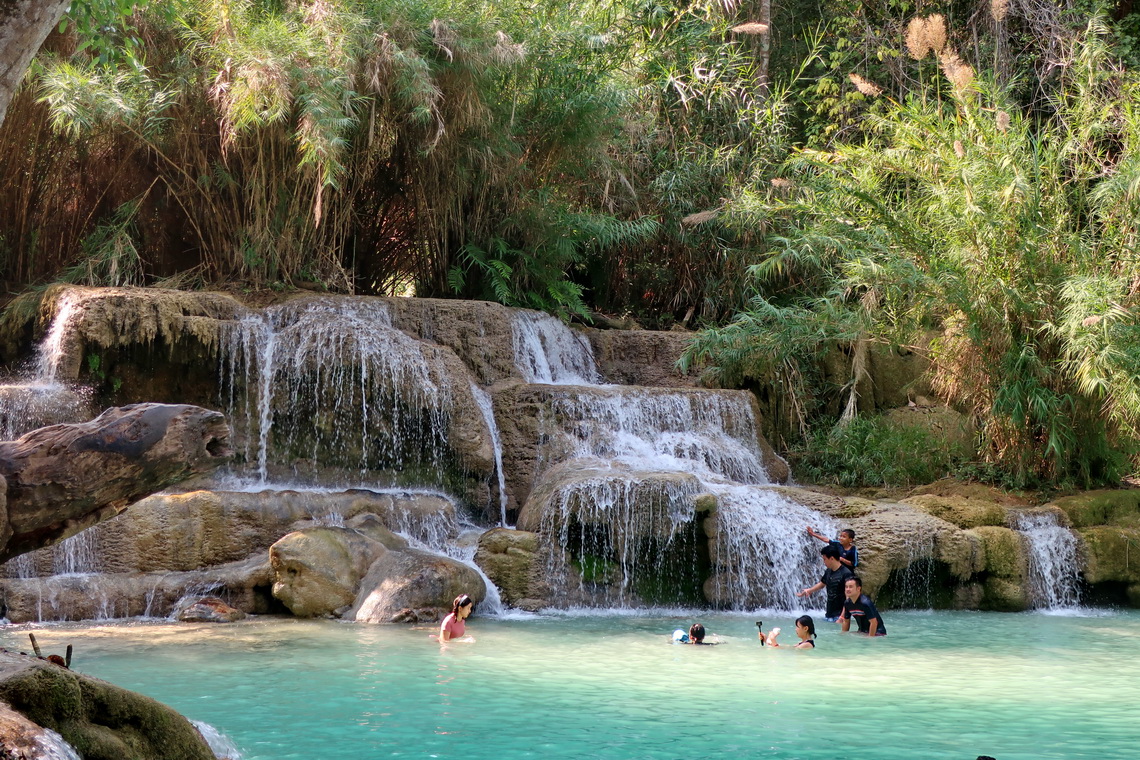 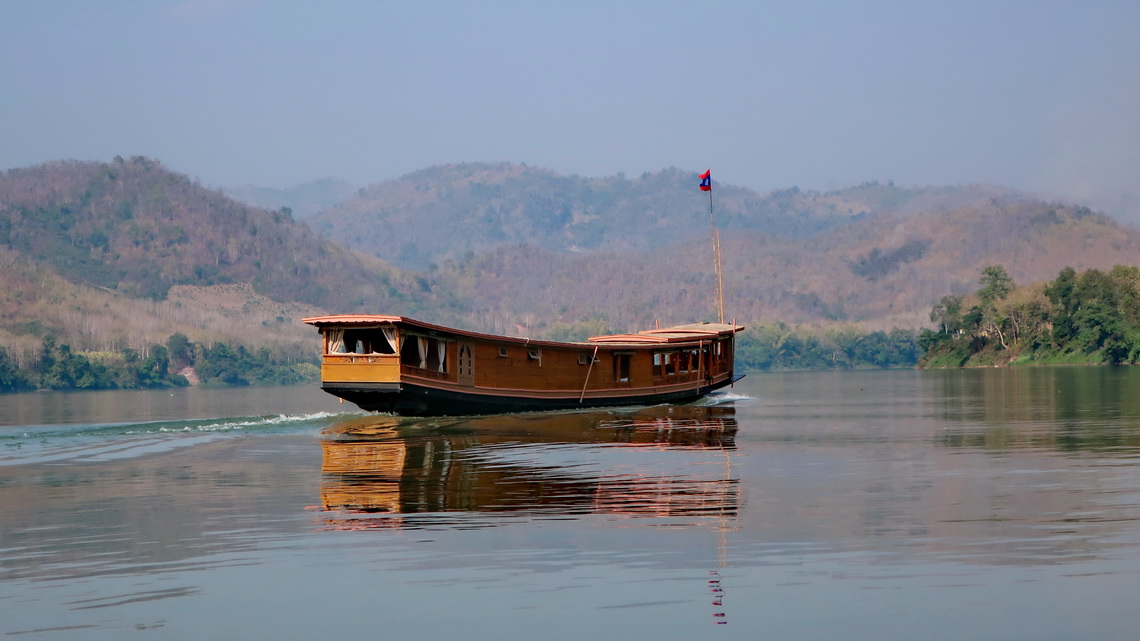 On our last day in Luang Prabang we hiked on the other side of Mekong along pagodas and temples in a more rural environment. There is a public ferry from the town to the northern shore for little money. 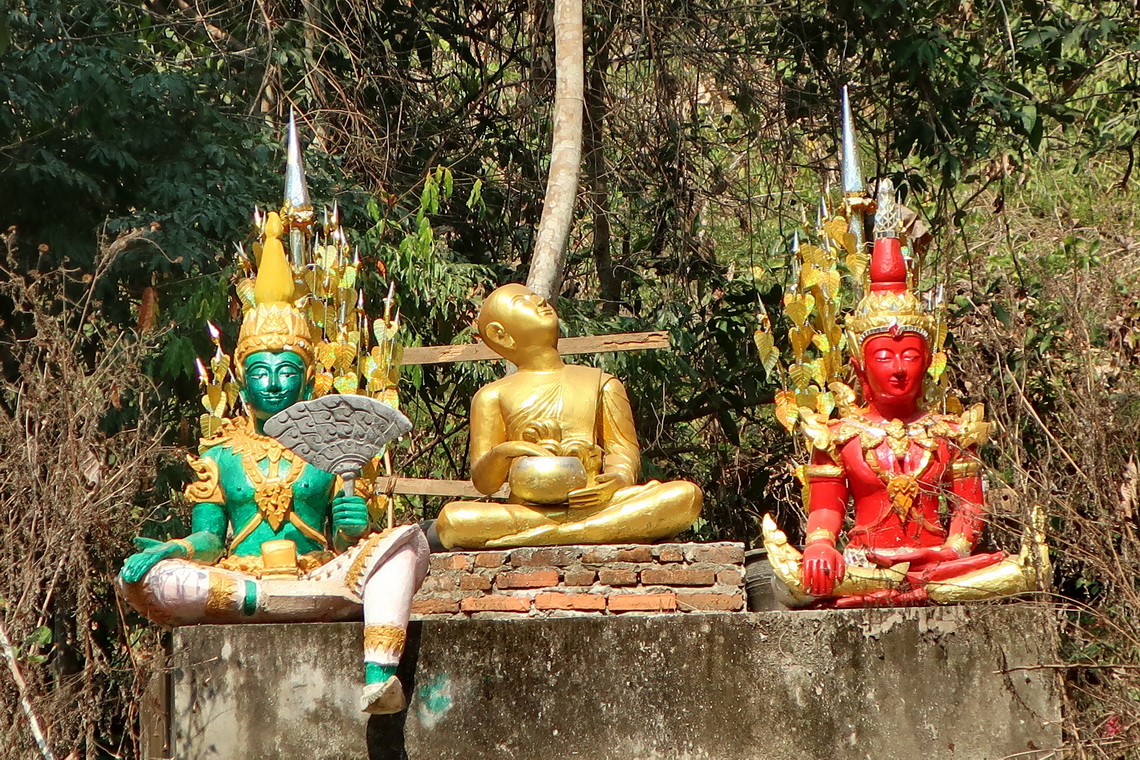 Our next destination was Vang Vieng, also a major tourist hub specially for younger folks. This town is surrounded by beautiful limestone pinnacles with a lot of caves. A full day hike from our hotel were the Pha Ngern Viewpoints (585 meters sea-level) if you do it totally on foot. The views were stunning but more impressive was the water cave below the famous Tham Chang Cave where we could swim approximately 50 meters into the mountain. 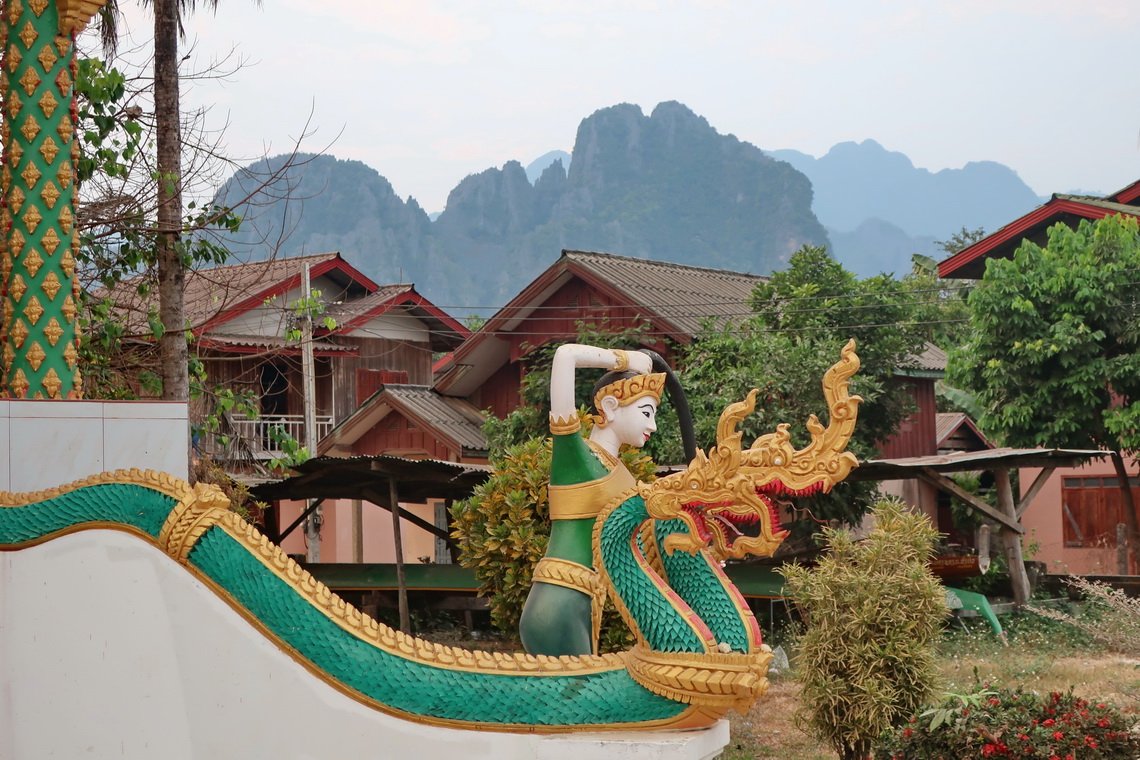 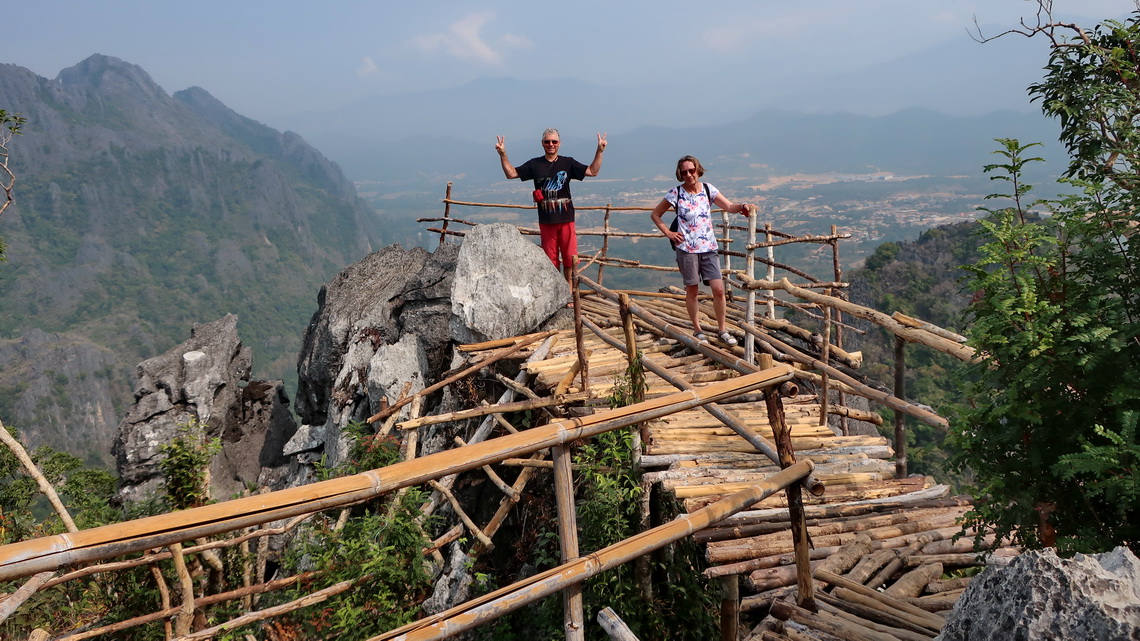 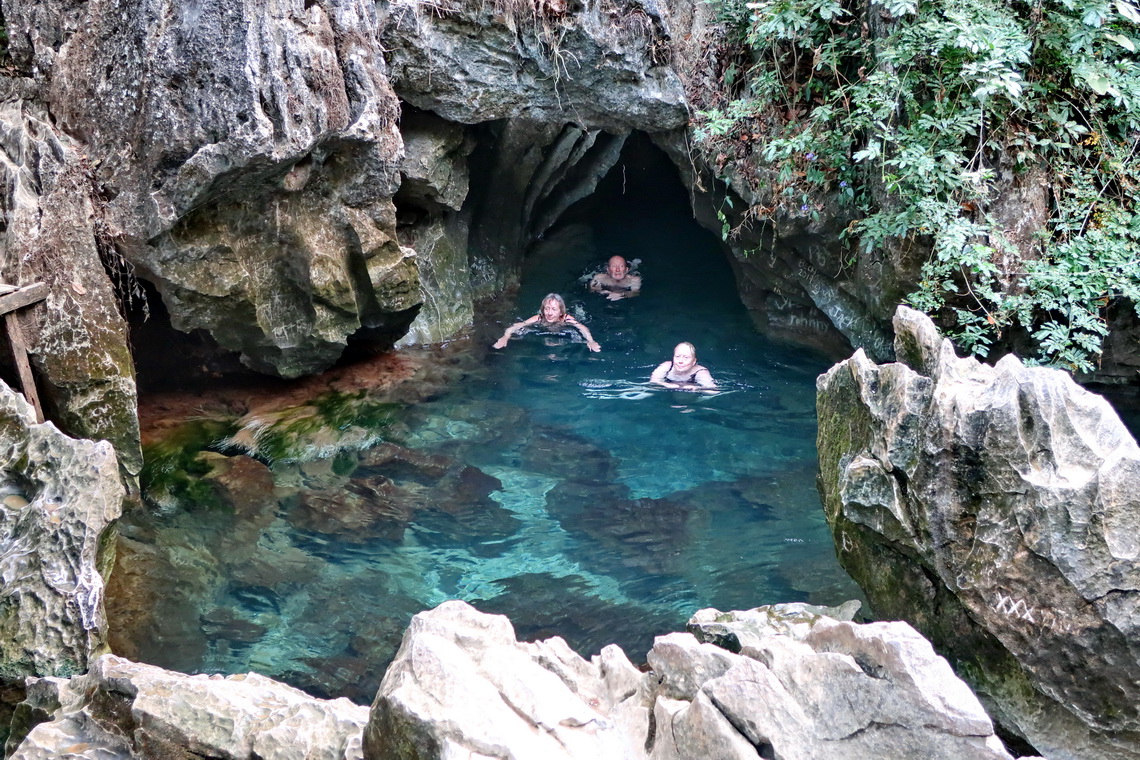 Our hiking trail to the Pha Ngern Viewpoints and water cave is included in the GPS coordinates file of Laos.

We decided to skip the capital of Laos Vientiane because there are no major attractions. Instead we headed directly from Vang Vieng to hot Pakse which is the largest city in the very south of Laos: First 6 hours from Vang Vieng to Vientiane with a little minivan and at night in a cozy sleeper bus to Pakse where we arrived at 6:00AM in the morning. 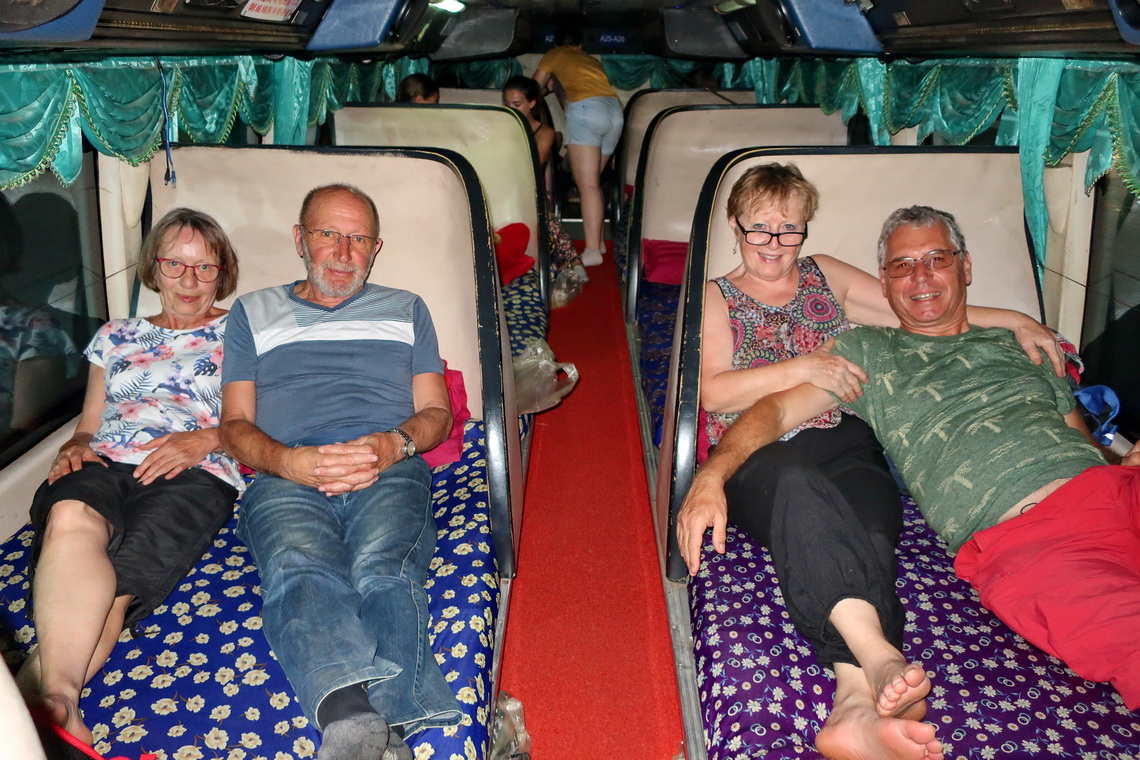 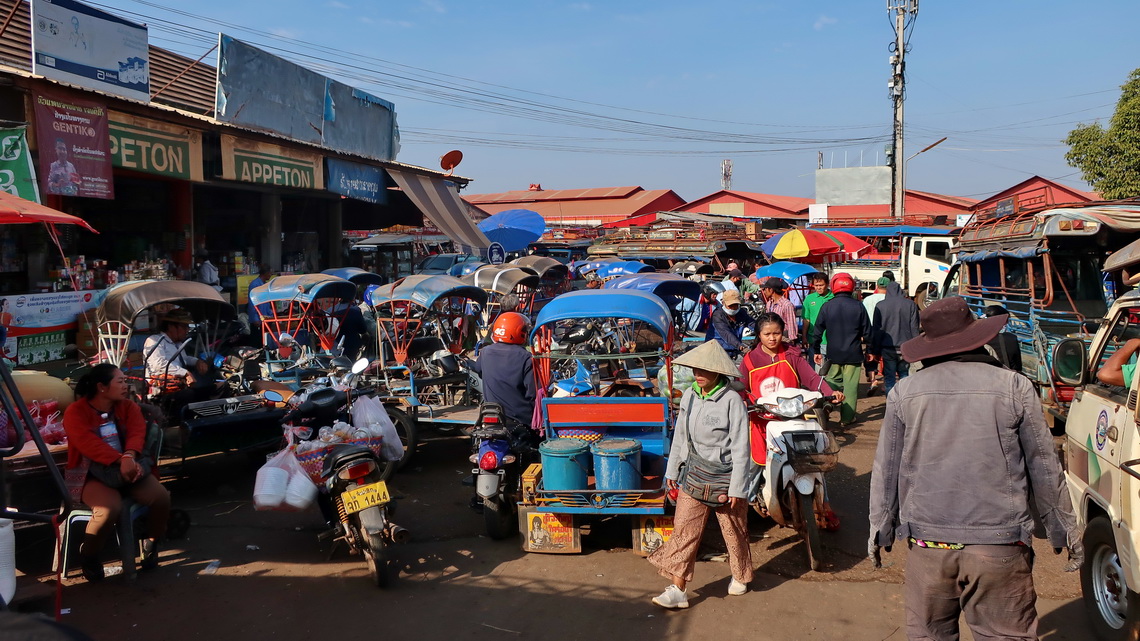 30 kilometers south of Pakse is the marvelous UNESCO World Heritage site Wat Phou, built by the Khmer between the 11th and 13th centuries. We took a boat to the pleasant Sala Anouxa Guesthouse where we rented bicycles and pedaled 12 kilometers to the ruins an the next day. They are comparable to the ruins of Wat Angkor in Cambodia but the area is much smaller. 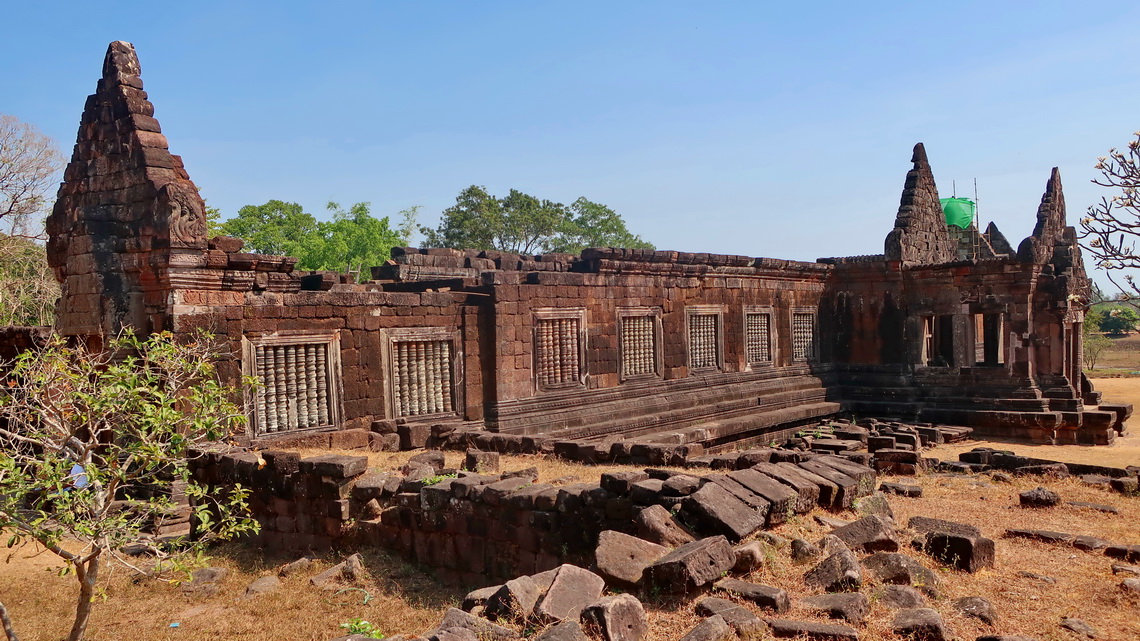 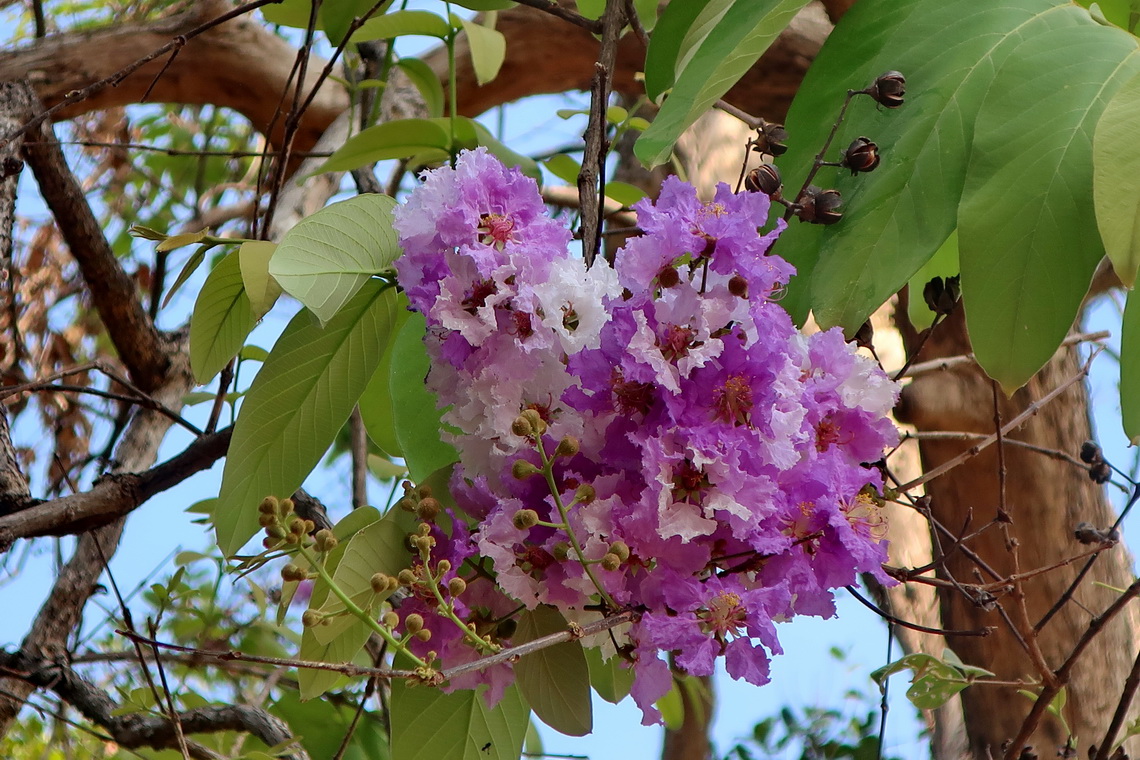 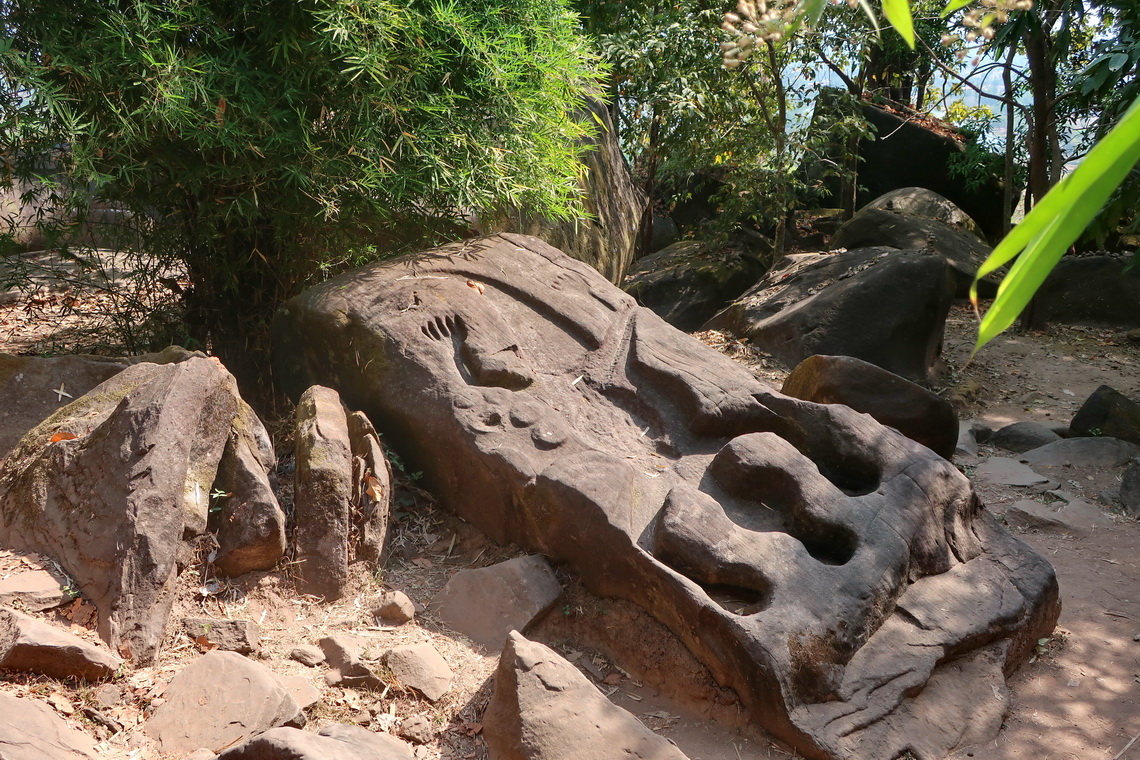 Our last destination in Laos was little Don Det, one of the 4000 islands - Si Phan Don on the southern end of Laos near the border with Cambodia. Alfred dared to swim in mighty Mekong which splits up here in many channels. Cruising down the river on a bigger tube was a relaxing and peaceful experience. 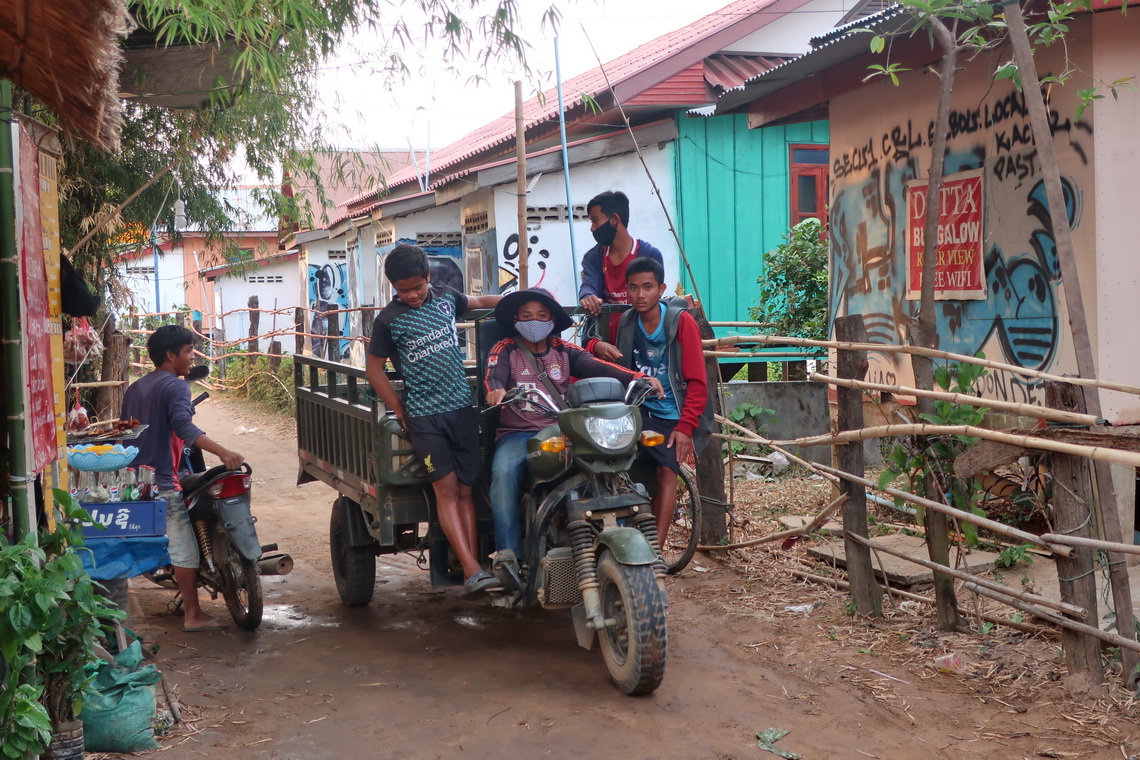 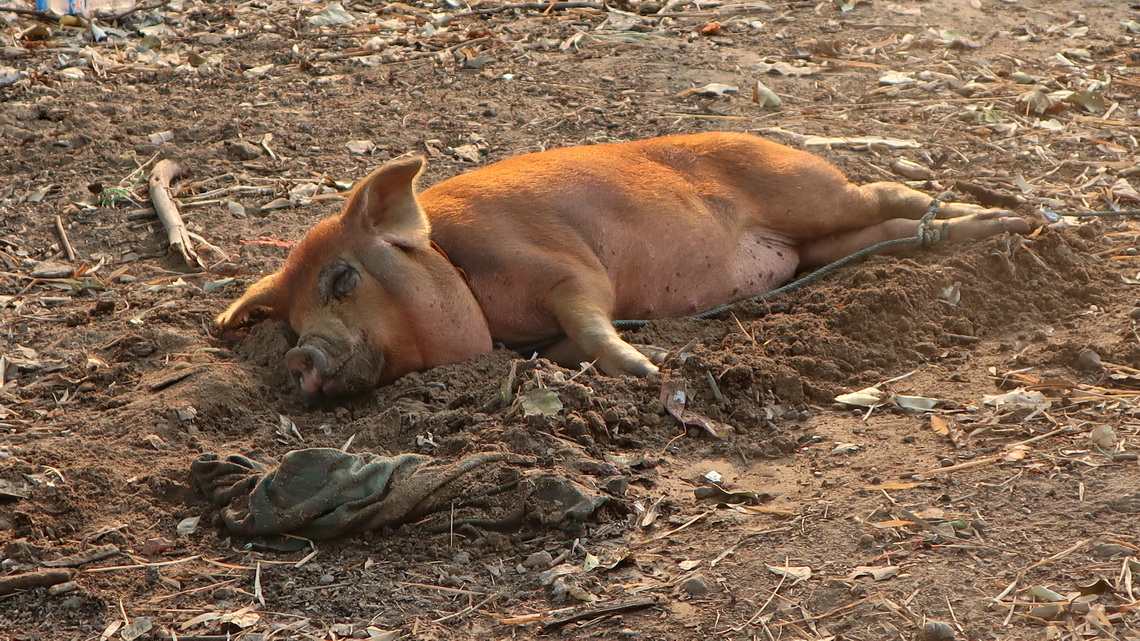 Close to Don Det are the Mekong Waterfalls which are with more than 10 kilometers width the broadest falls on earth and the largest ones in Asia. It is series of falls where the water downs foamily in cascades approximately 21 meters. They are spectacular also in the dry season end of January. We pedaled to the two falls Tad Somphamit and Tad Khone Pa Soi which are accessible in Don Khon which is connected with Don Det with a bridge. 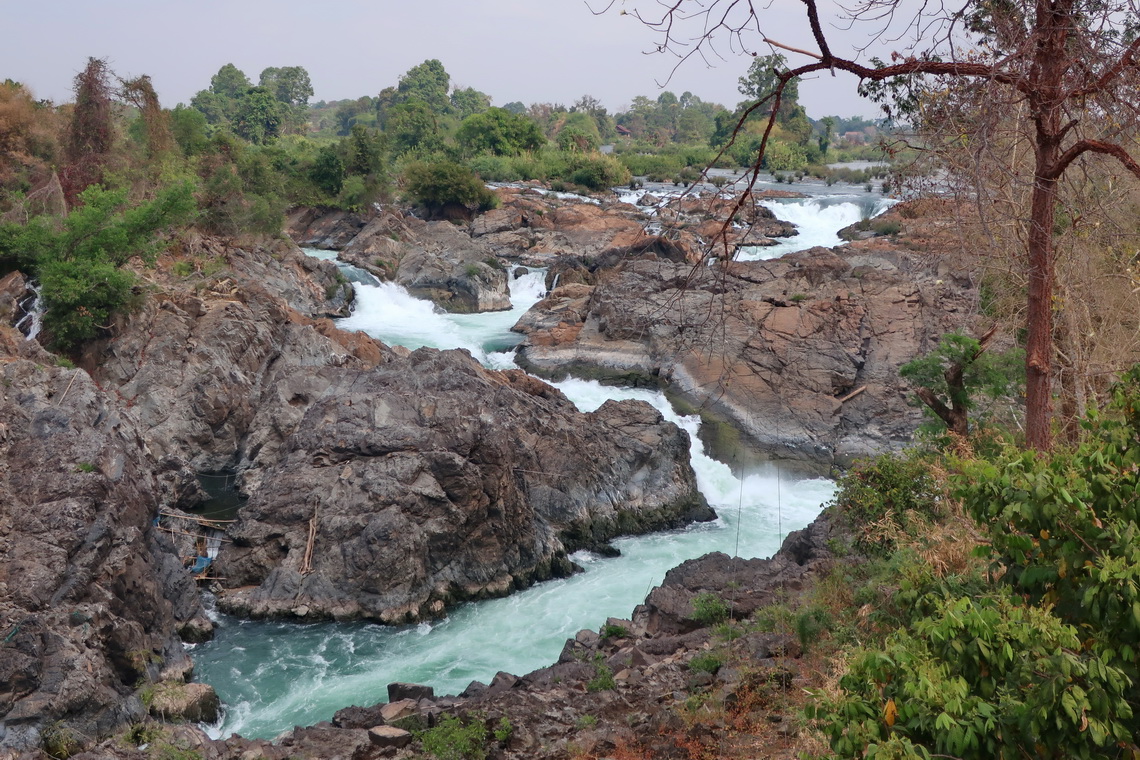 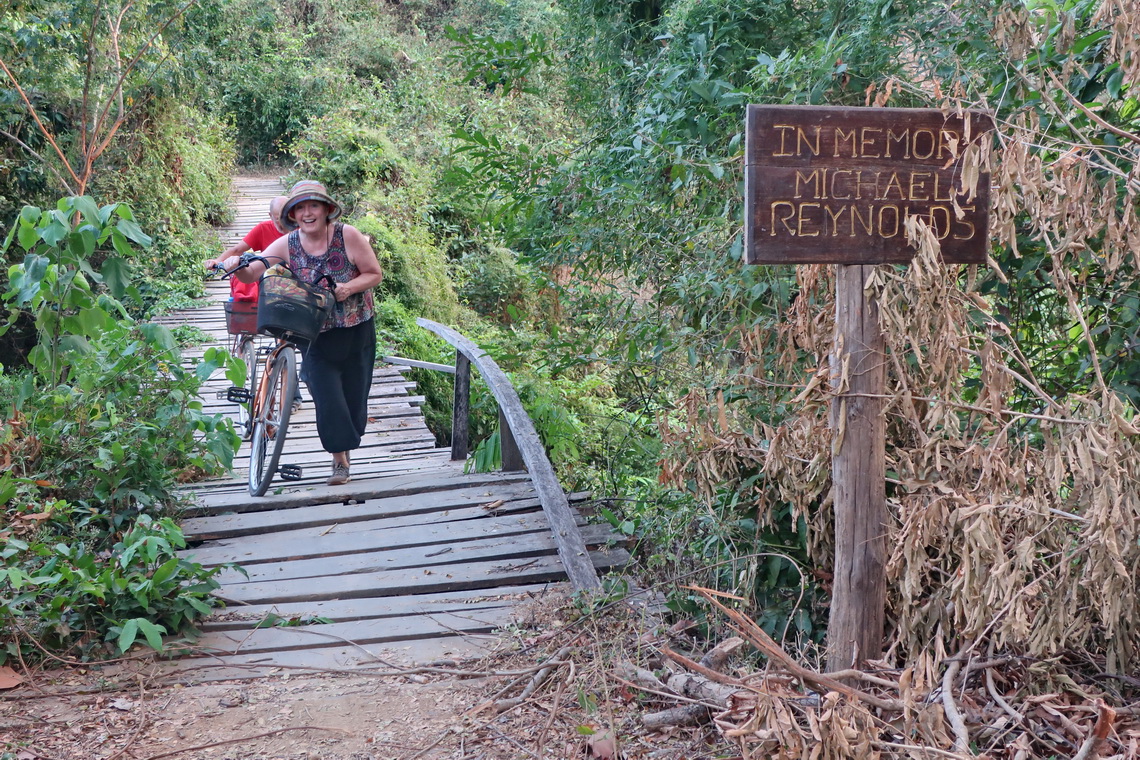 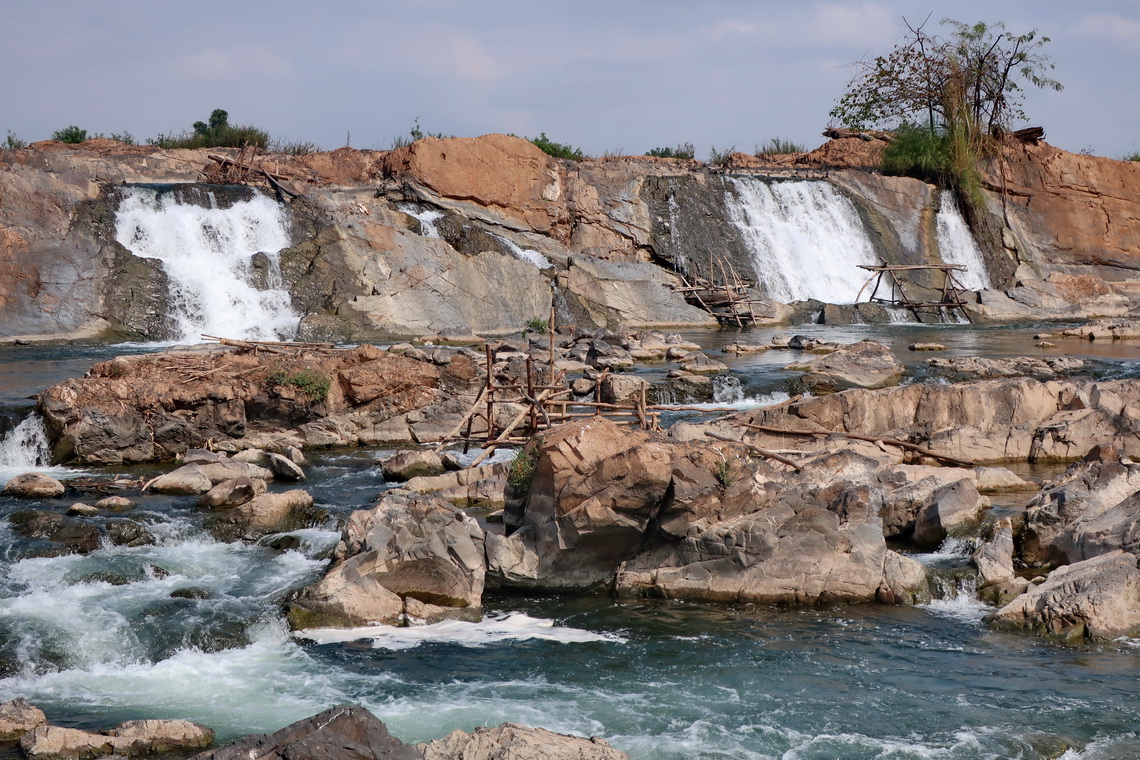 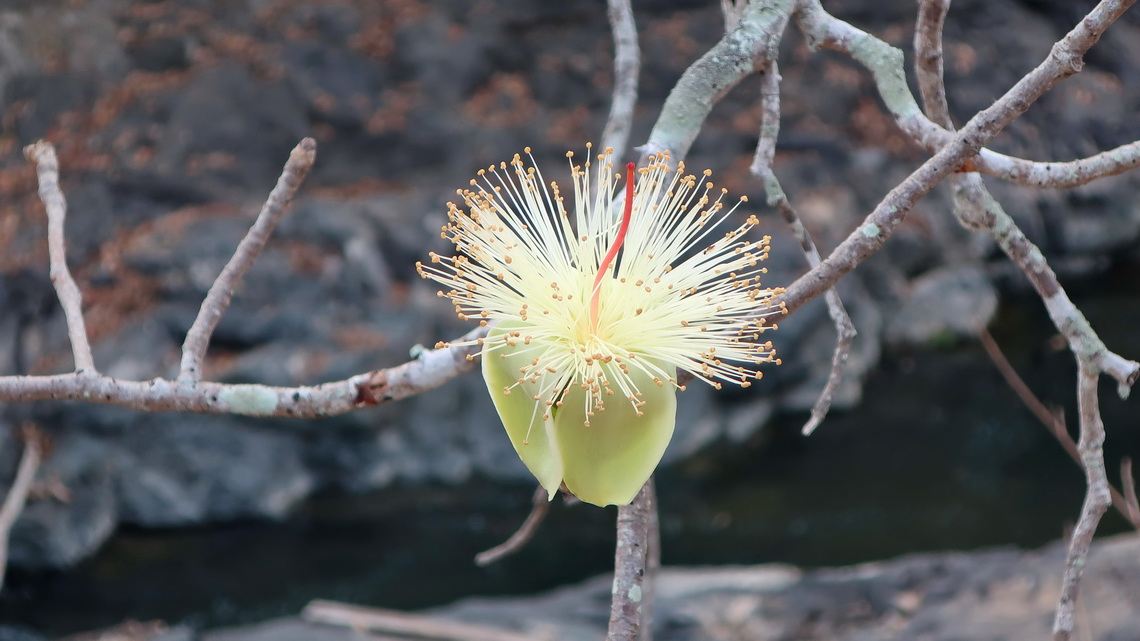 Our two bicycle trail are included in the GPS coordinates file of Laos.

Our top highlight in Laos was a rough boat trip below the waterfalls to see Irrawaddy Dolphins which are extremely endangered. It was amazing to see the majestic mammals strolling in the water around us. Unfortunately it was very difficult to take pictures. 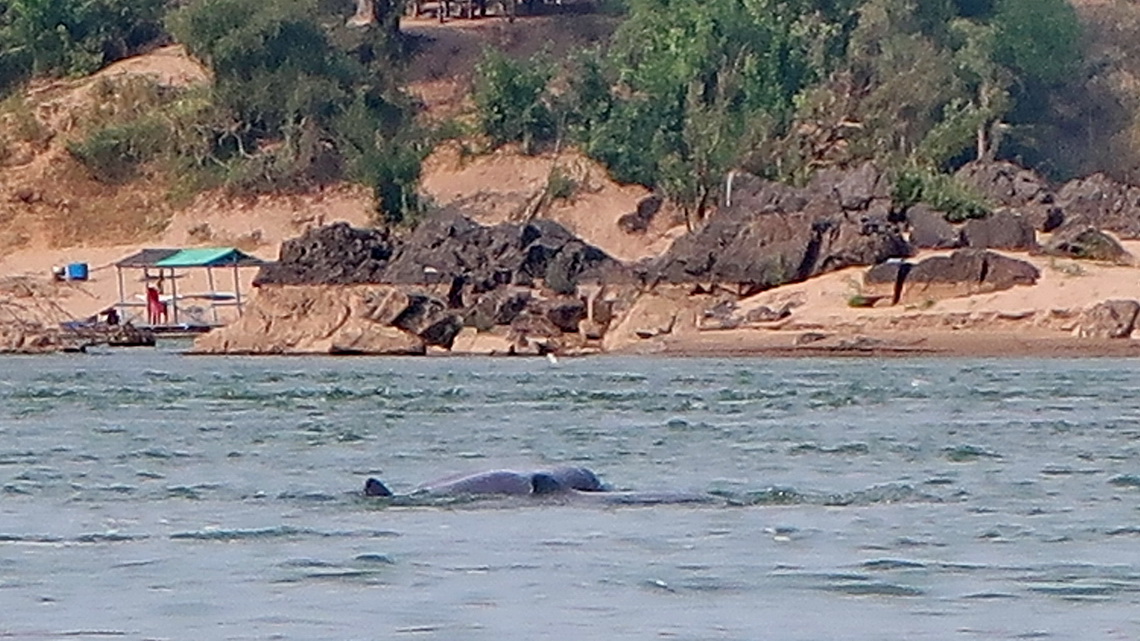