The Northeast of Argentina is a little bit different to the other parts: Lush and dense vegetation with some forests thanks to lots of water due to huge rivers and swamps. The absolute highlight is the Cascades of Iguacu in the very North of the province Misiones. The Southern part belongs to Argentina, the Northern to Brazil. Enormous amount of water is falling 70 meters down in more than 250 hundred cascades from a flat Basalt plateau. These waterfalls are ones of the top destinations in South America; thus many tourists visit them and there is a good infrastructure.

Interesting are the ancient Jesuit villages like San Ignacio Mini in Misiones, some other National Parks like Rio Pilcomayo in the province Formosa on the border to Paraguay and hot springs in the county Entre Rios.

After returning to Argentina and fixing our starter problems with the car (see article Samaipata and its environment) we visited the beautiful lake Laguna Blanca in the National Park Rio Pilcomayo. There was a lot of water because it had rained the last two days, but now the sun was shining on a clear sky and it was pleasant warm during the day. It was the first time this year we used our rubber boots and we were happy about them. 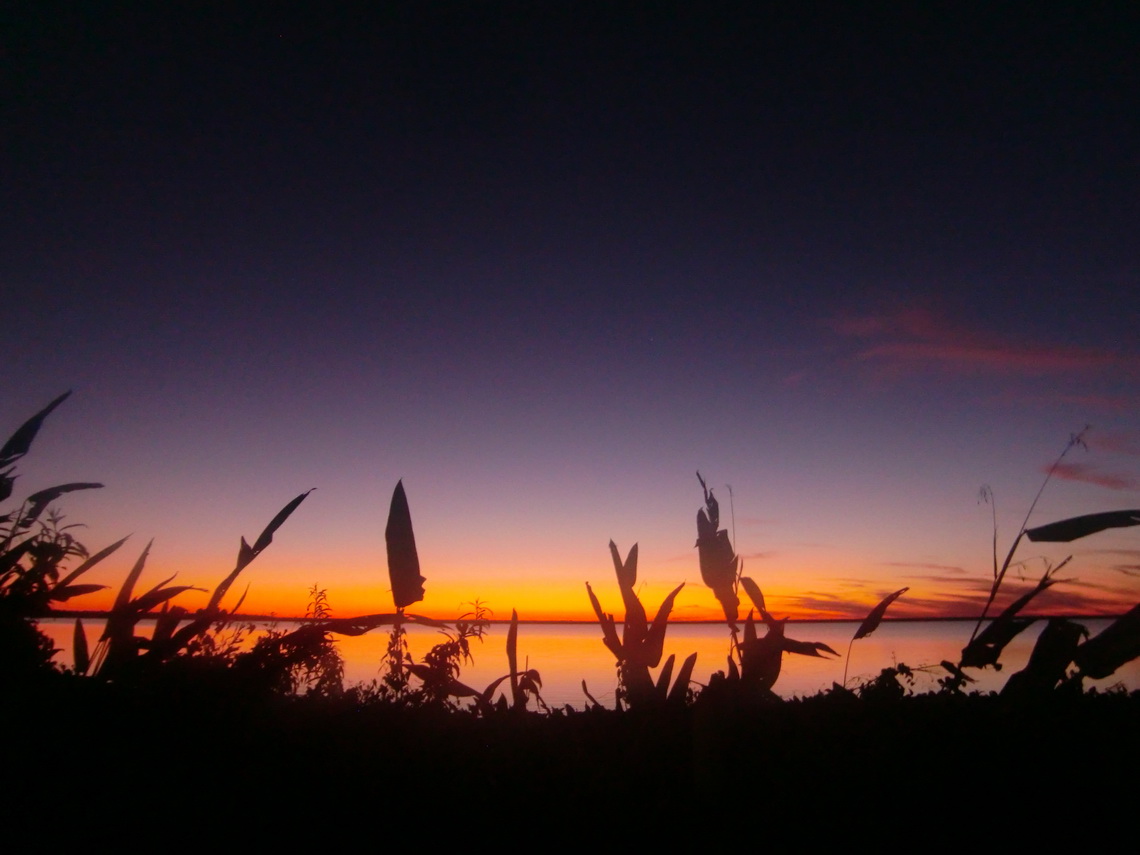 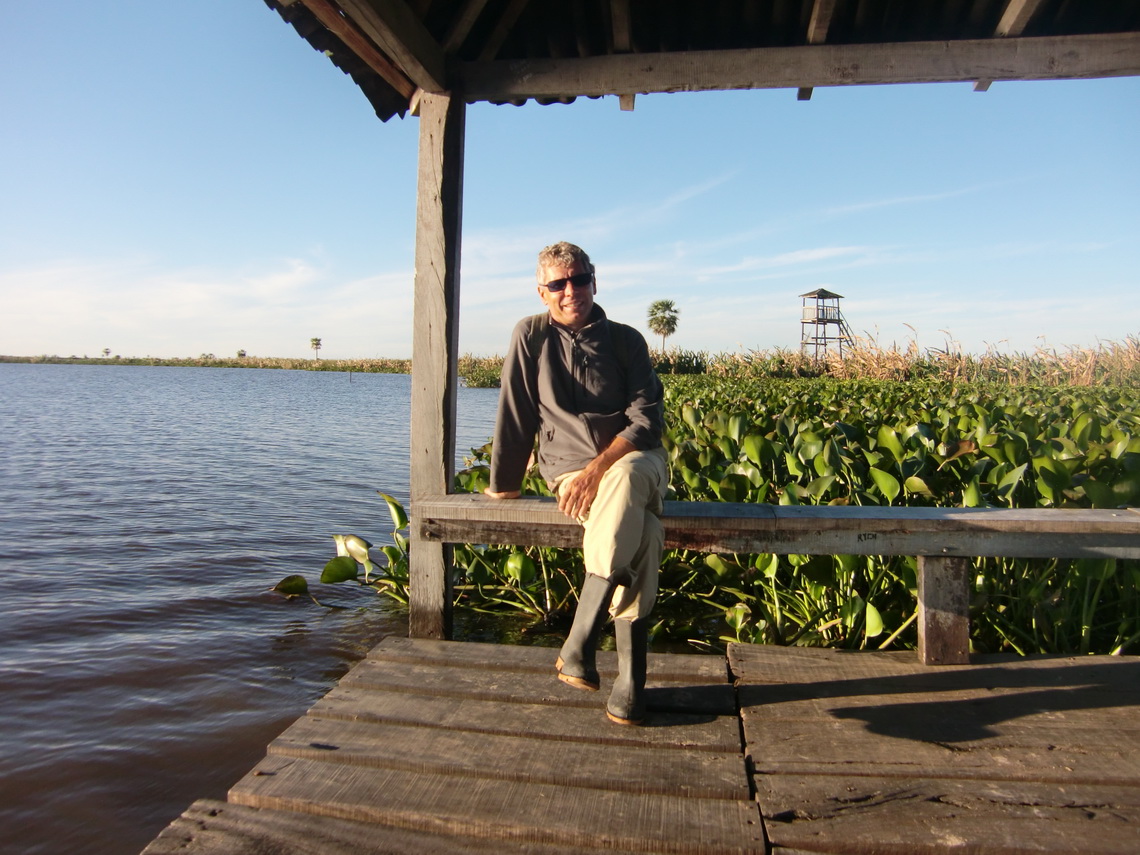 Laguna Blanca is famous for watching birds and other animals like small crocodiles or capybaras. 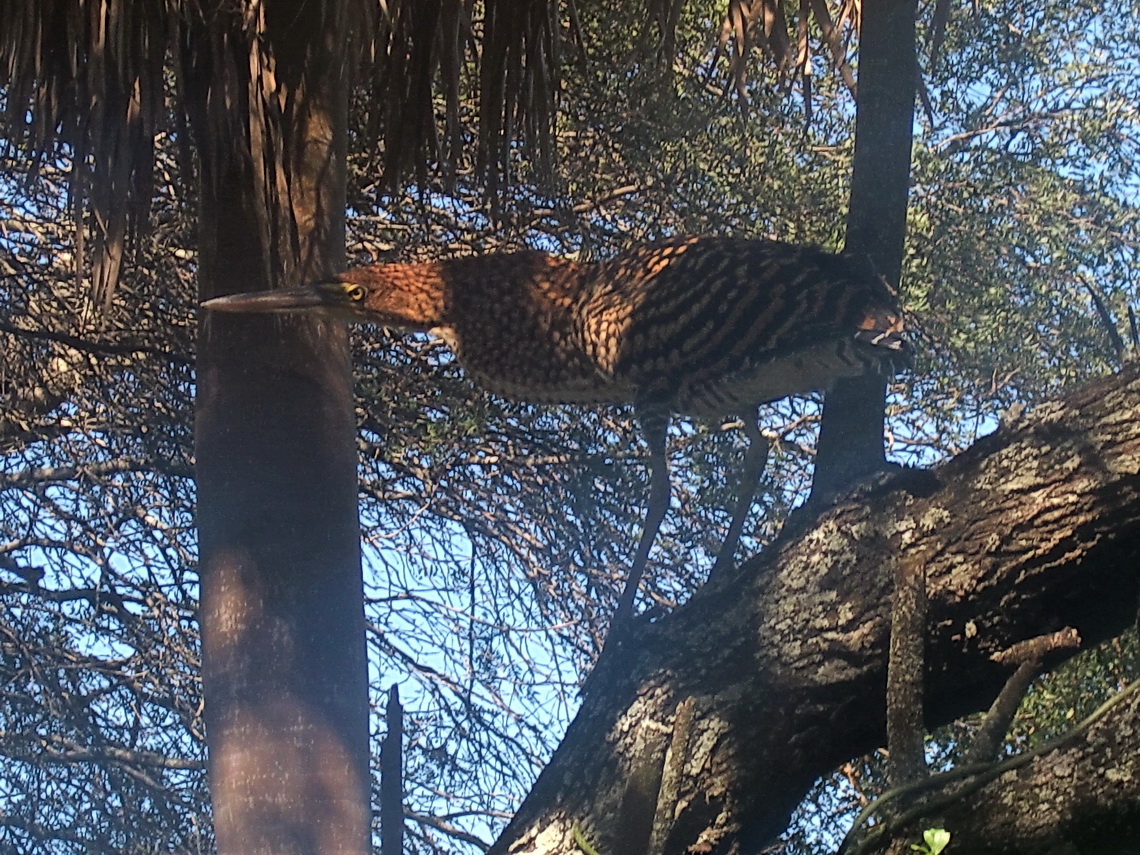 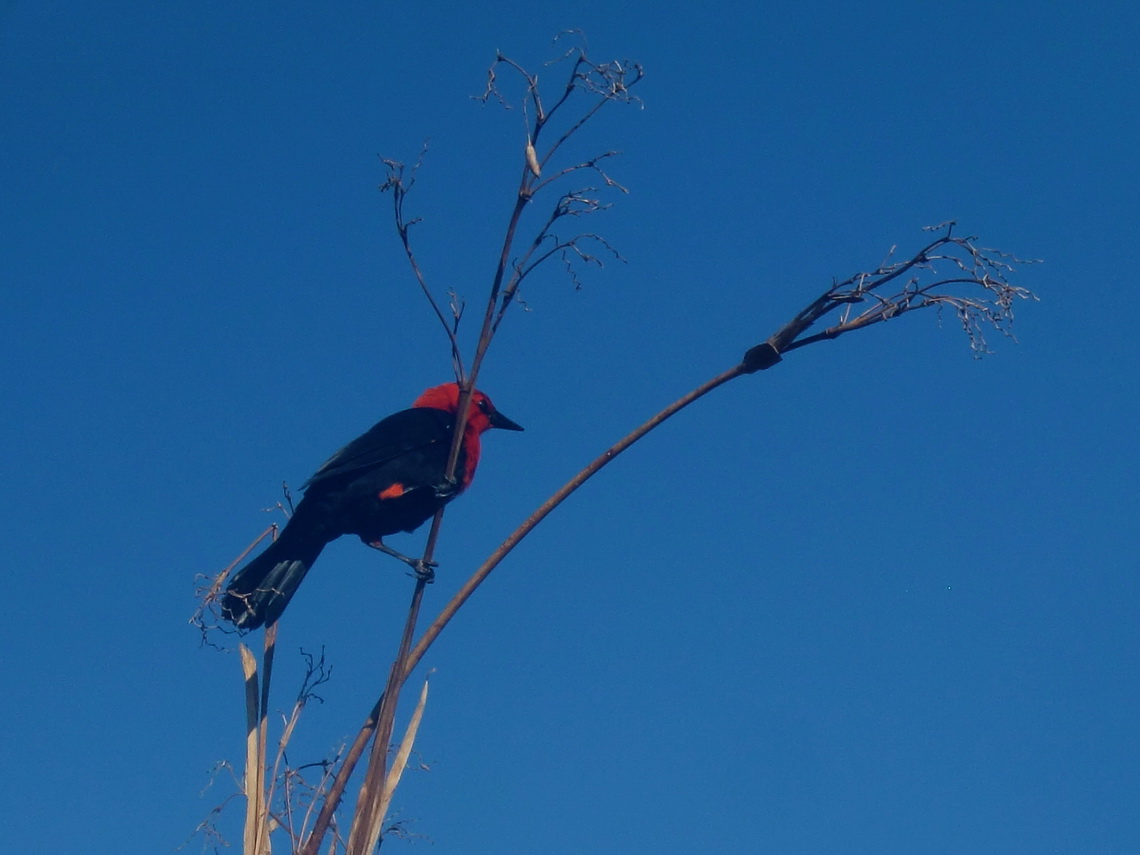 In the free of charge campground of the park (GPS coordinates: S25° 10.491' W58° 07.719') we met Victor, a original Guarani / Paraguayan / Argentine who speaks perfectly German because he had lived in Saarbruecken the last years. He told and explained us a lot about the Guarani culture and he cooked us one of their traditional food. It tasted wonderful - Thanks a lot Victor. 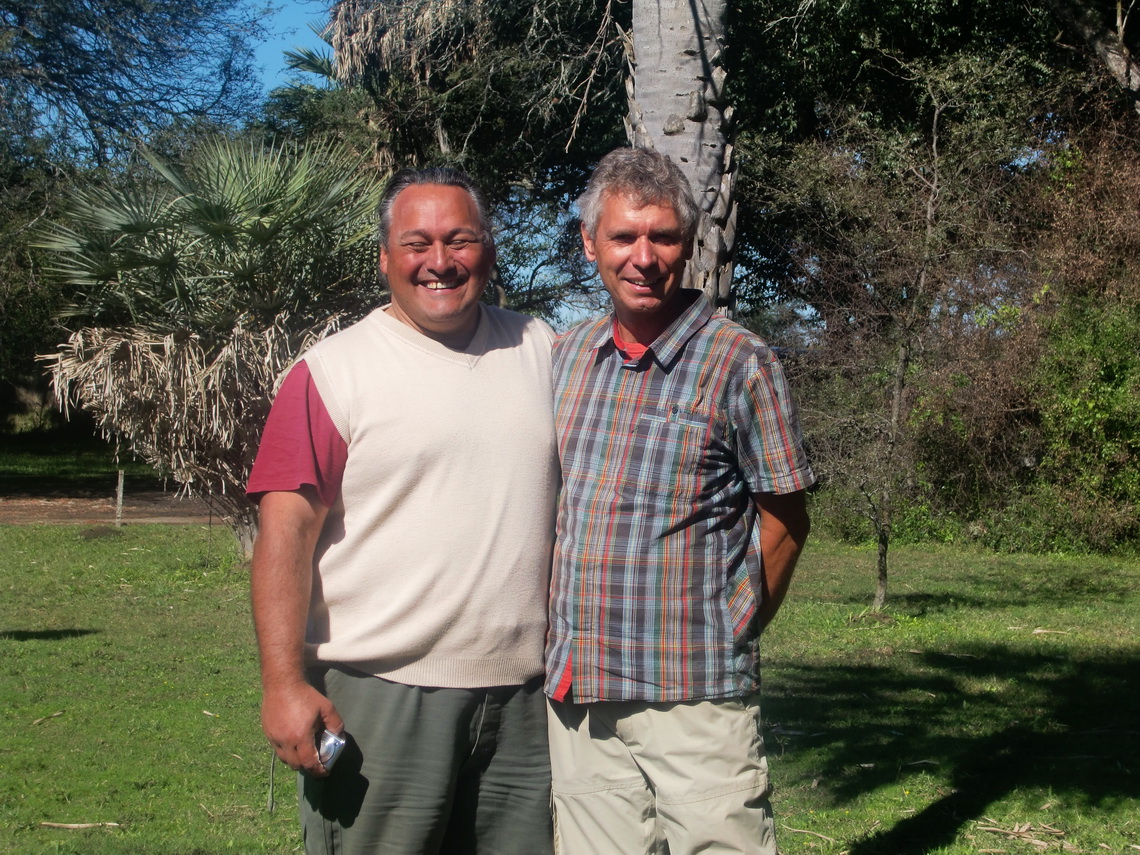 We crossed Paraguay between July 23rd and 29th, see article From Asuncion to Ciudad del Este. There is no direct street between Ciudad del Este and Puerto Iguazu; thus we had to drive via Foz do Iguazu in Brazil to Argentina. We got four stamps in our passport in one day!

On a cloudy but warm day we took our bicycles and drove the 15km from our campground Complejo Americano in Puerto Iguazu to the cascades Cataratas del Iguazu. They were incredible overwhelming, wonderful, outstanding and marvelous - one of the highlights of our itinerary so far. 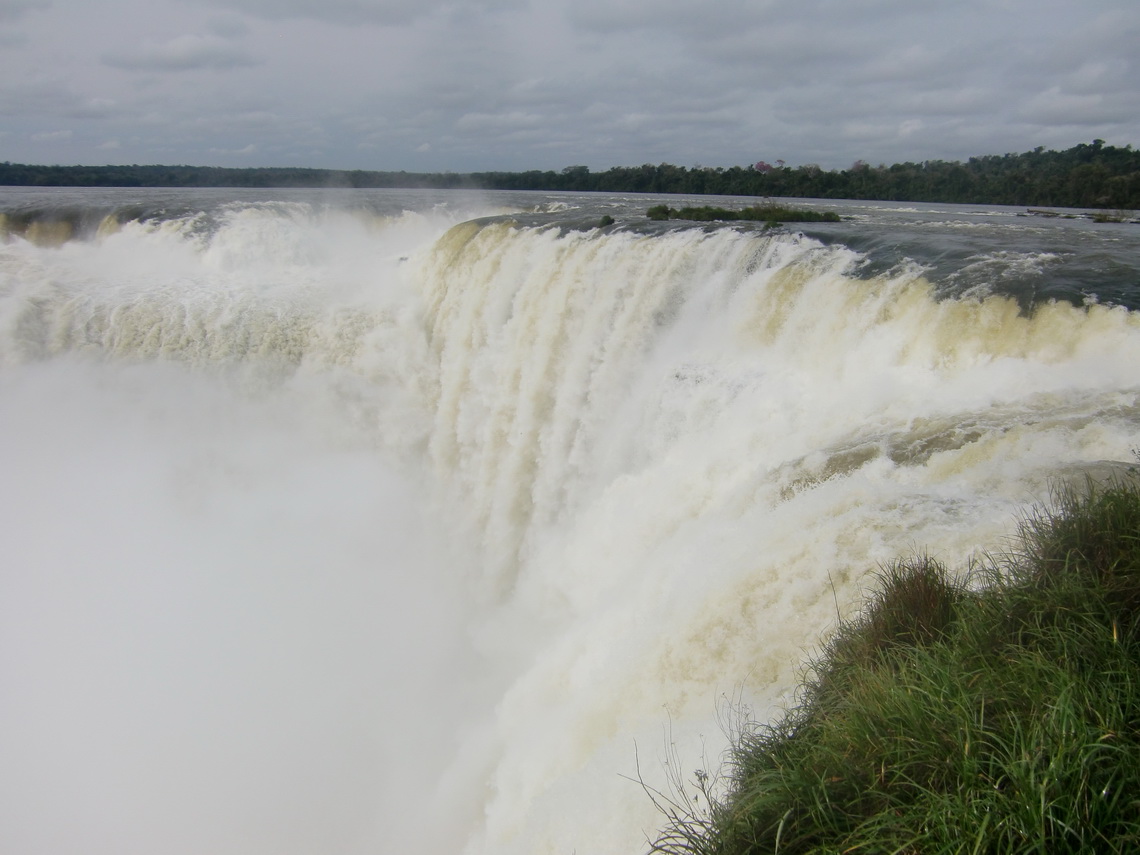 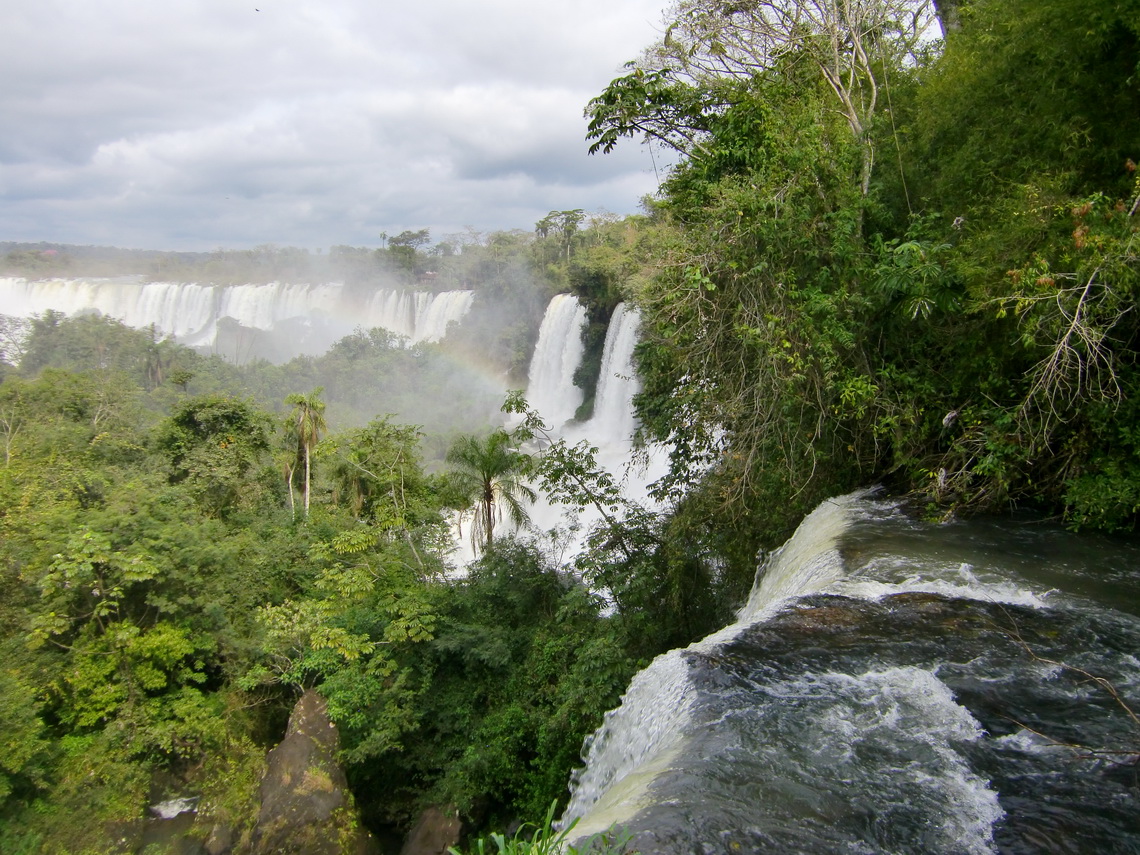 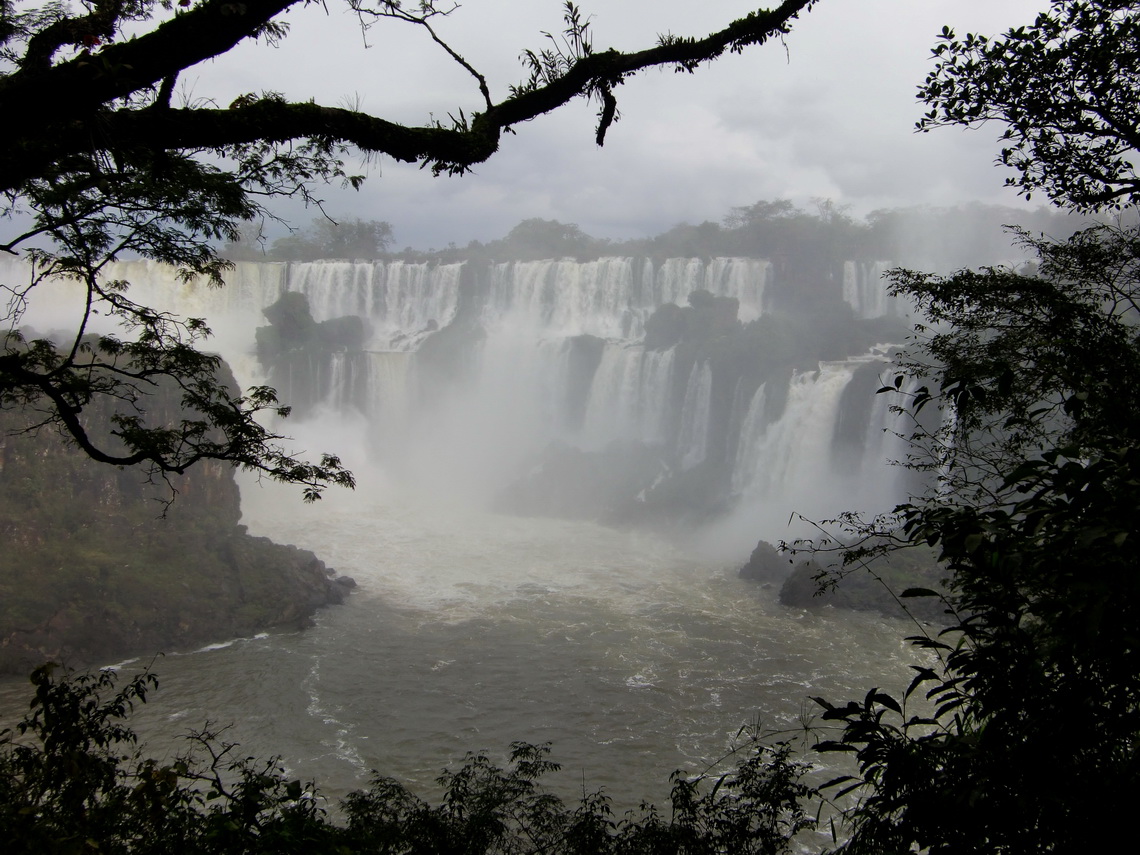 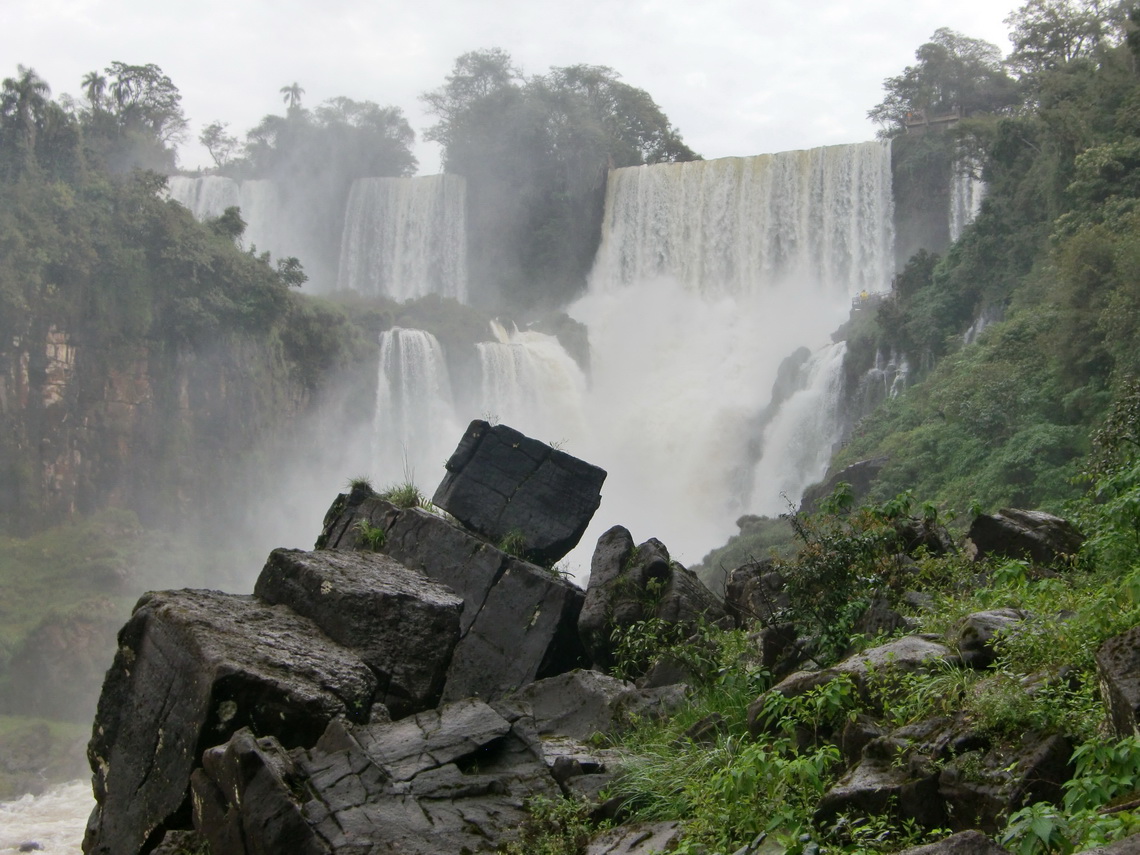 The cascades are in the National Park Iguazu with a lot of animals. 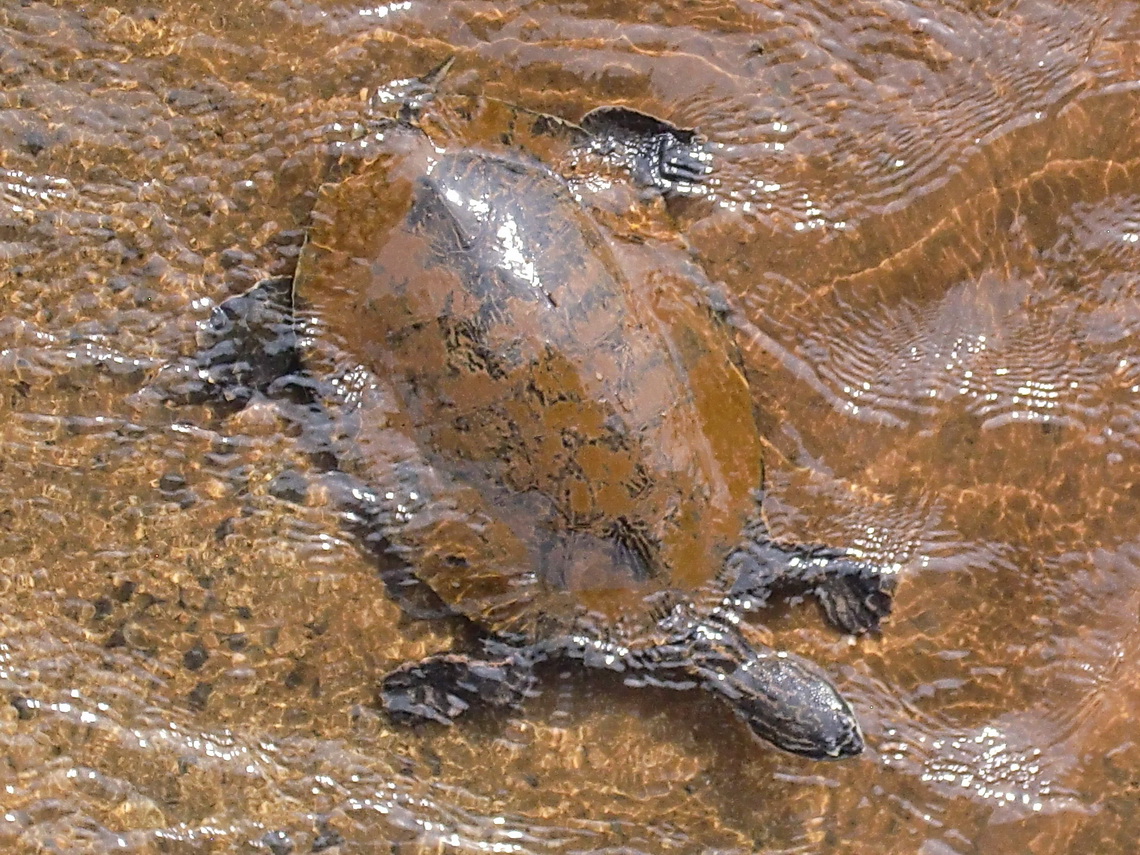 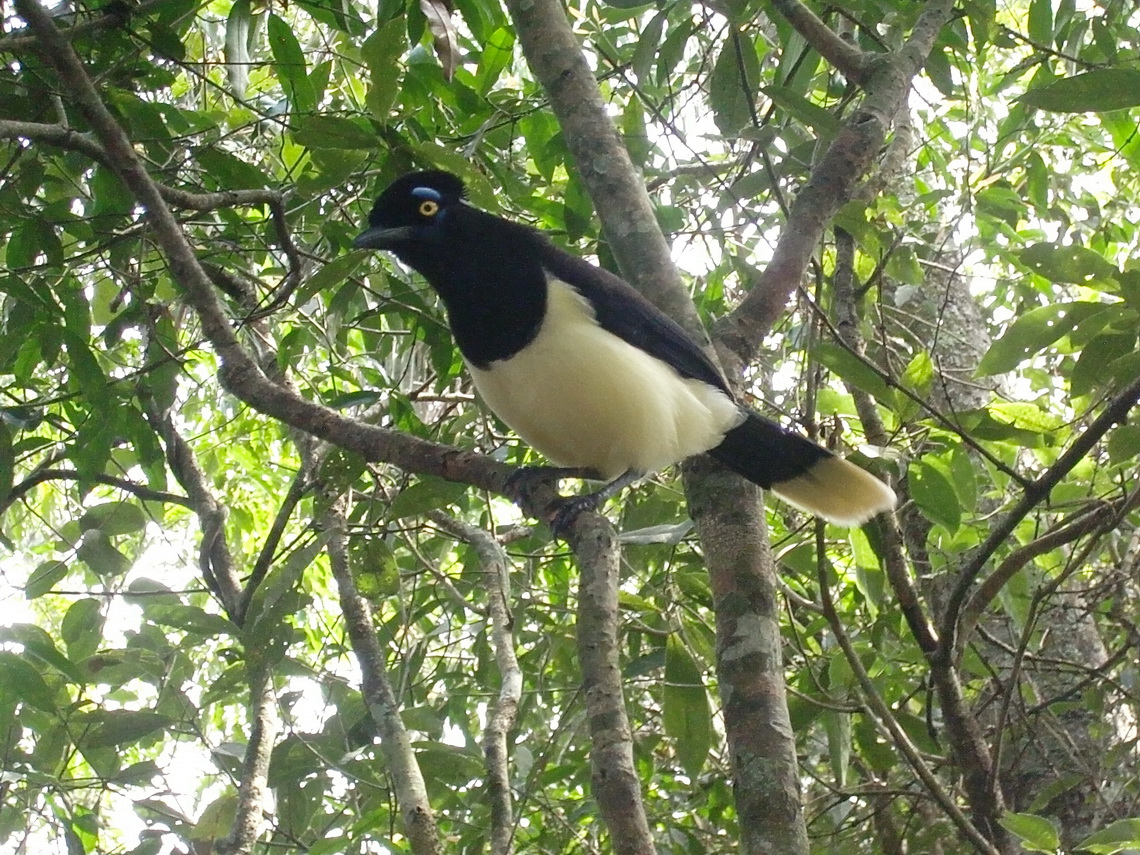 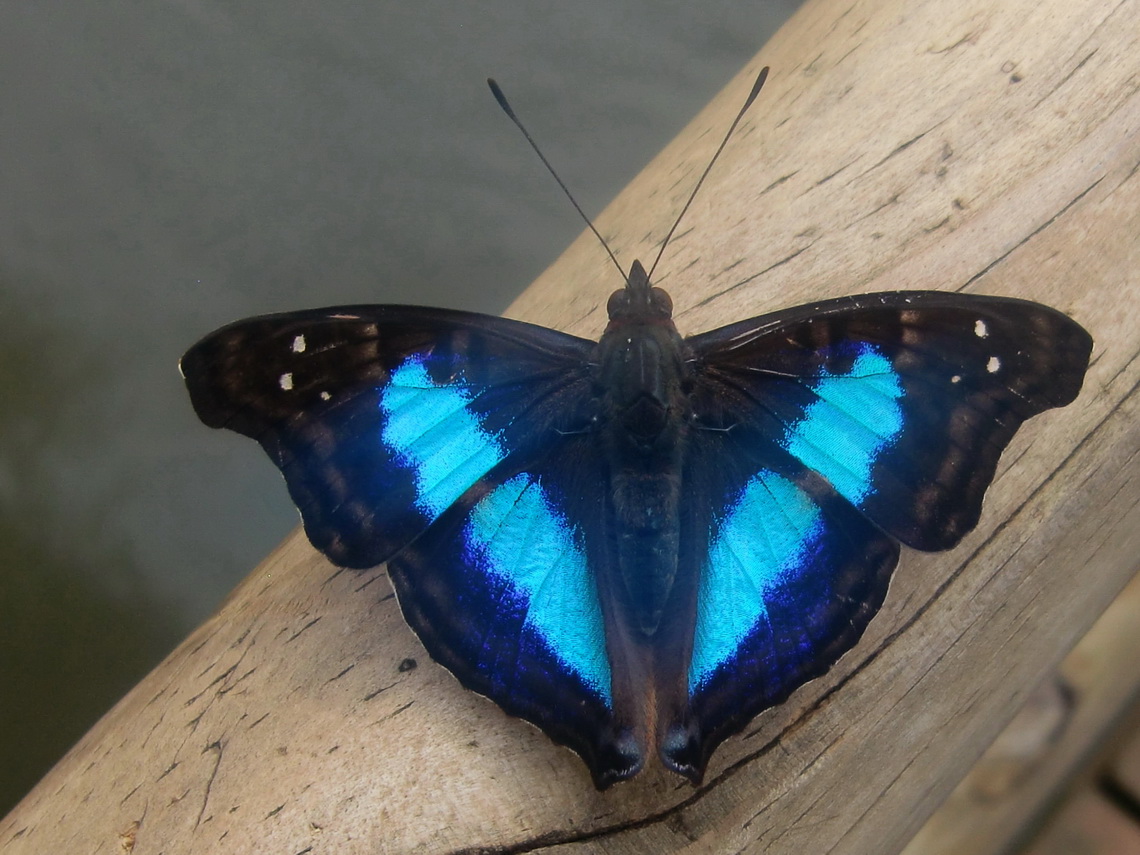 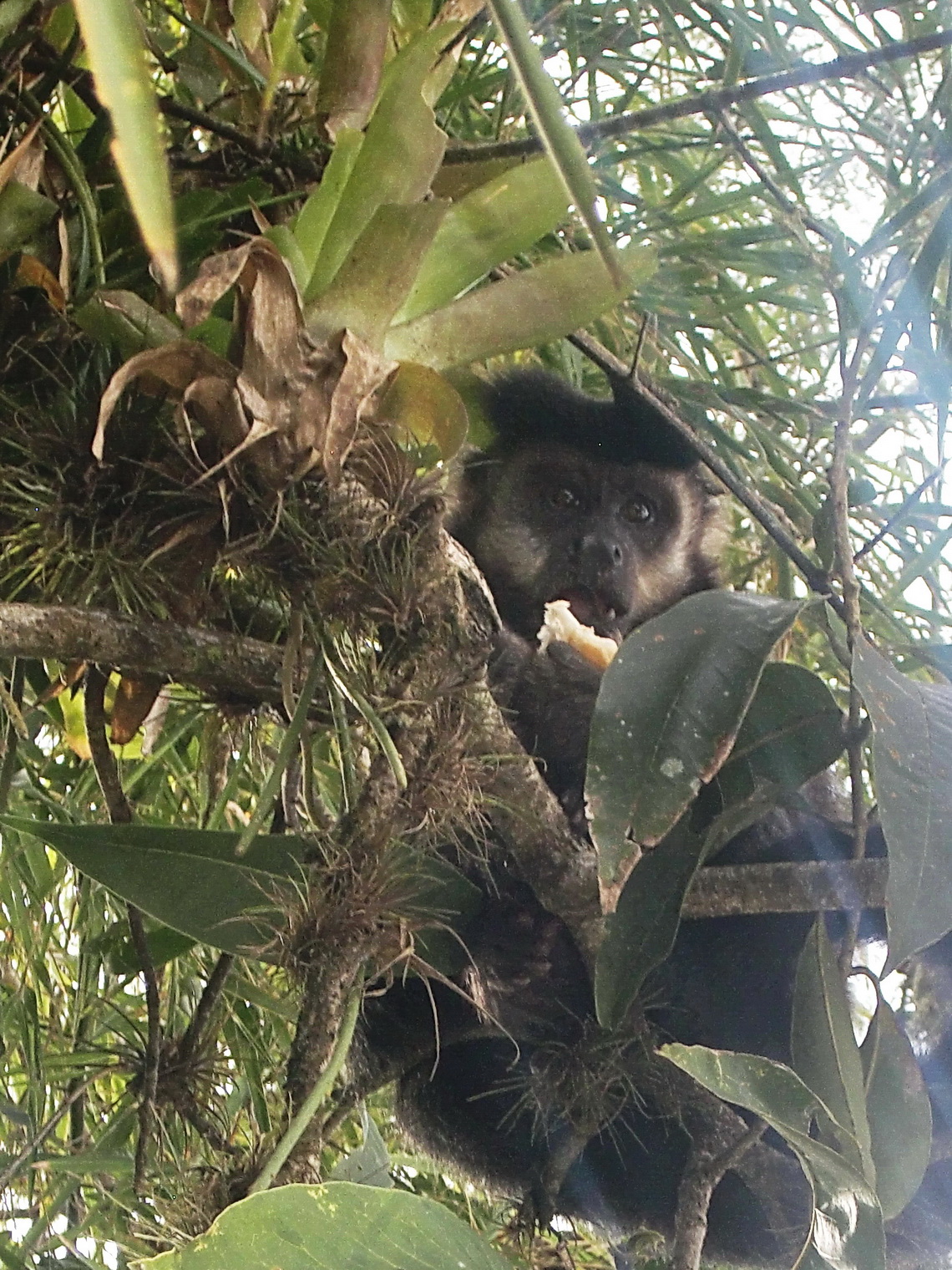 The park is a huge area. We did not manage to see everything on one day besides the fact that some areas were closed due to too much water. The next day we planned to return to Brazil and to see the other side of the cascades. It rained cats and dogs, also on the following day. Some cars had trouble to leave because they were stuck in the mud. A four wheel bus truck of a very high sophisticated travel company needed a caterpillar to pull it out of the shit. All cars had the same brown dirty color.

We were lucky because we had a good pitch and no trouble to leave. But we skipped our visit to Brazil and went to the ancient Jesuit village of San Igancio Mini. The Jesuits established 30 villages in Northeast Argentina, South Brazil and Paraguay in 17th and 18th century. They had established communities with the local Guarani people to crusade and civilize them but they had not exploit them like the Spaniards. The influence of the Guarani had been relatively big; thus a Christian / Guarani culture had been developed. The Jesuit had been banned 1767 by the Spanish crown; all of their villages had been destroyed. San Ignacio Mini had been restored and it is now a World Heritage Site. 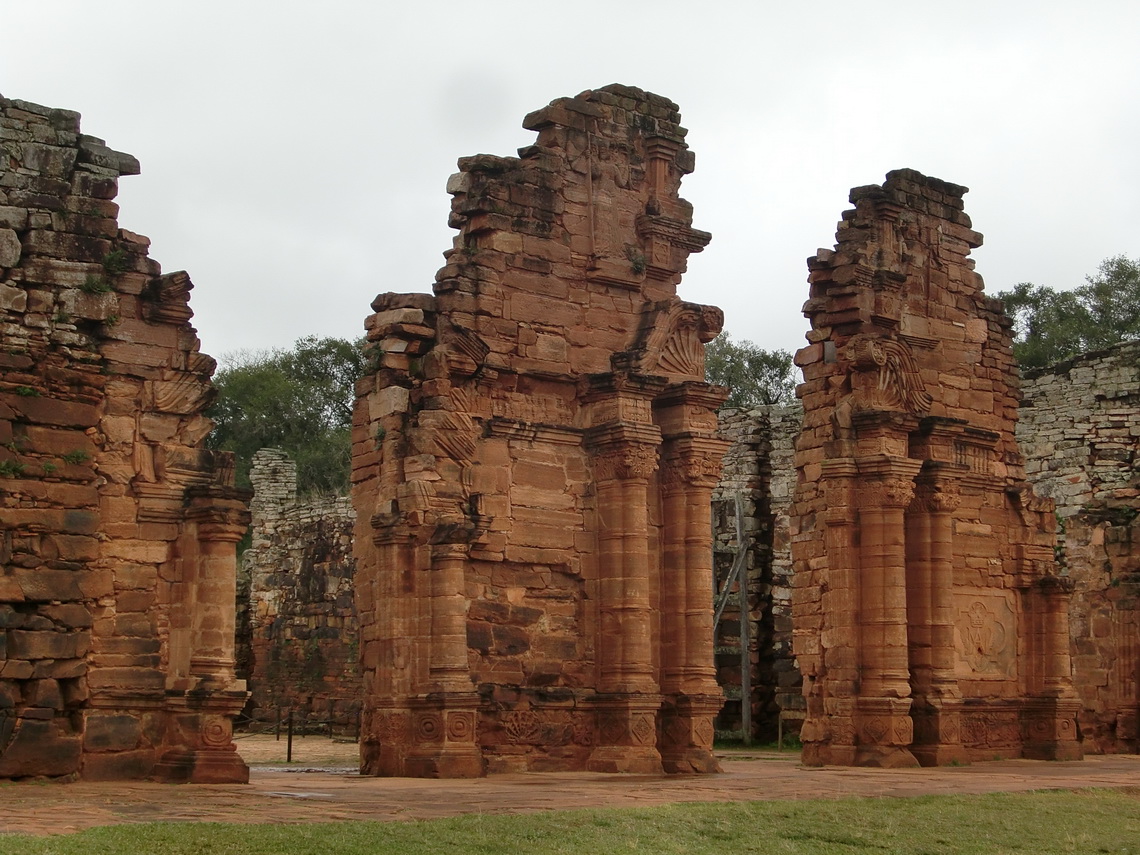 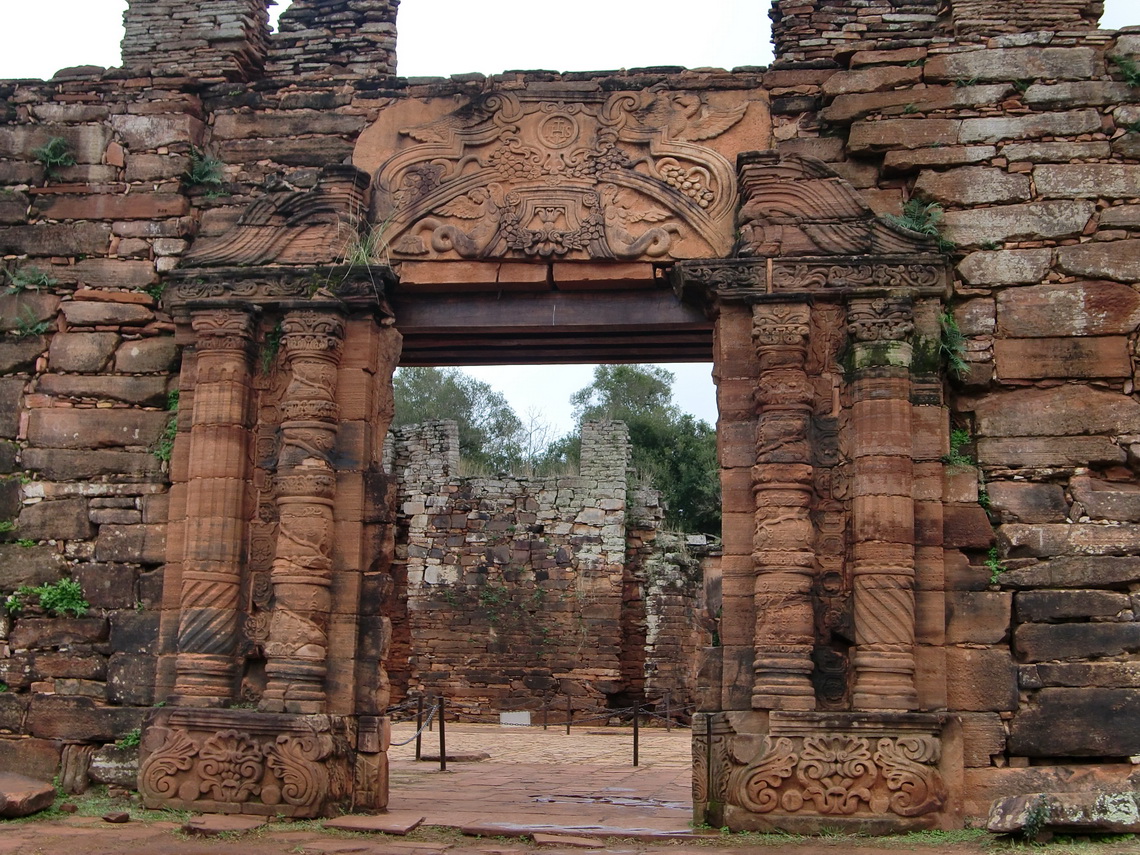 The owner of the restaurant near the entrance told us that the Iguacu waterfalls were closed due to flooding. We were happy again that we had had such a lovely trip to them three days ago.

But we were very angry when we came to Posadas, the capital of the province Misiones: A police car stopped us, took away Alfred's driver and car licenses and fined us with 900 Pesos (approximately 250 bucks) because we did not stop on a red light. We have to go tomorrow to the central cash office of Posadas where we get back our documents after paying the fine. We tried to negotiate with them and explained that we have to continue to Buenos Aires today. Suddenly the fine was reduced to 300 Pesos if we pay immediately. Of course they did not give us a receipt, but we got our documents - Mafia! We both were sure that we never had crossed a red traffic light this day.

The weather became sunny and warm again. We stayed two days in the pretty campground El Mirador on the bank of the Rio Parana, between the dam of the Yacyreta hydroelectric power plant and the village Ituzaingo. 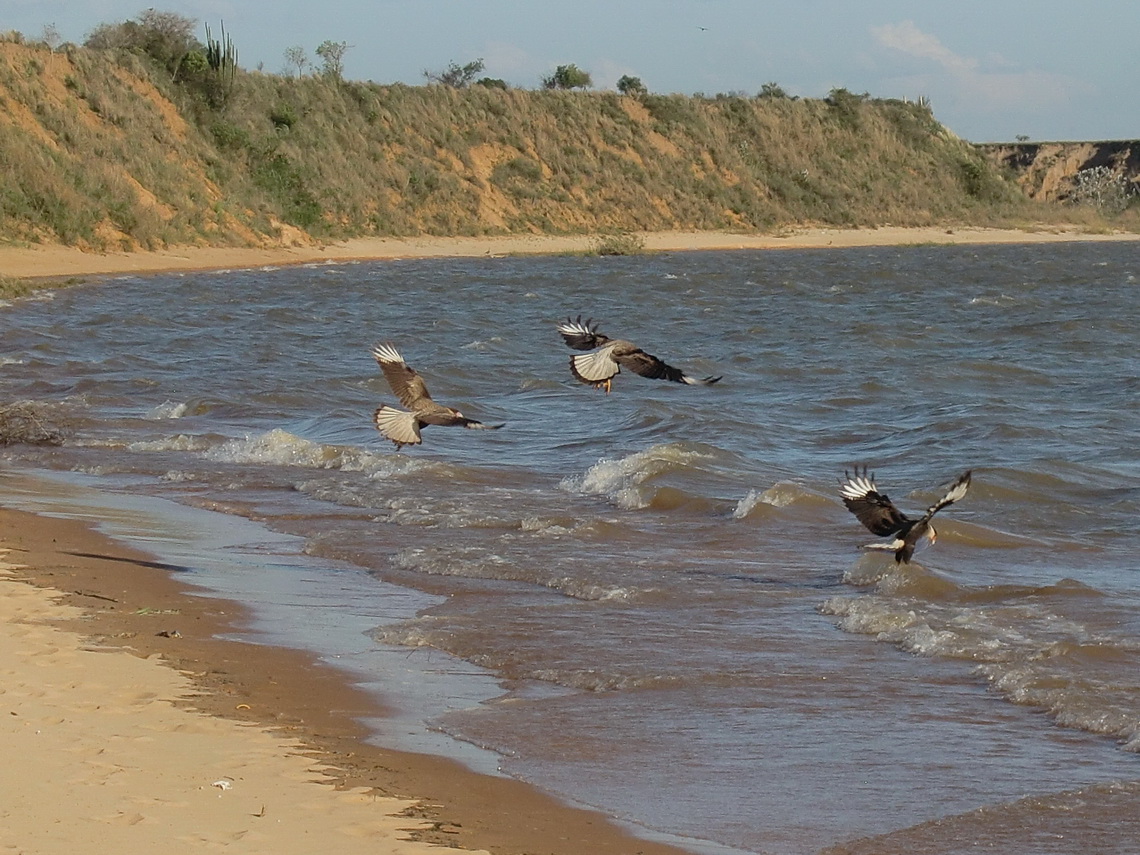 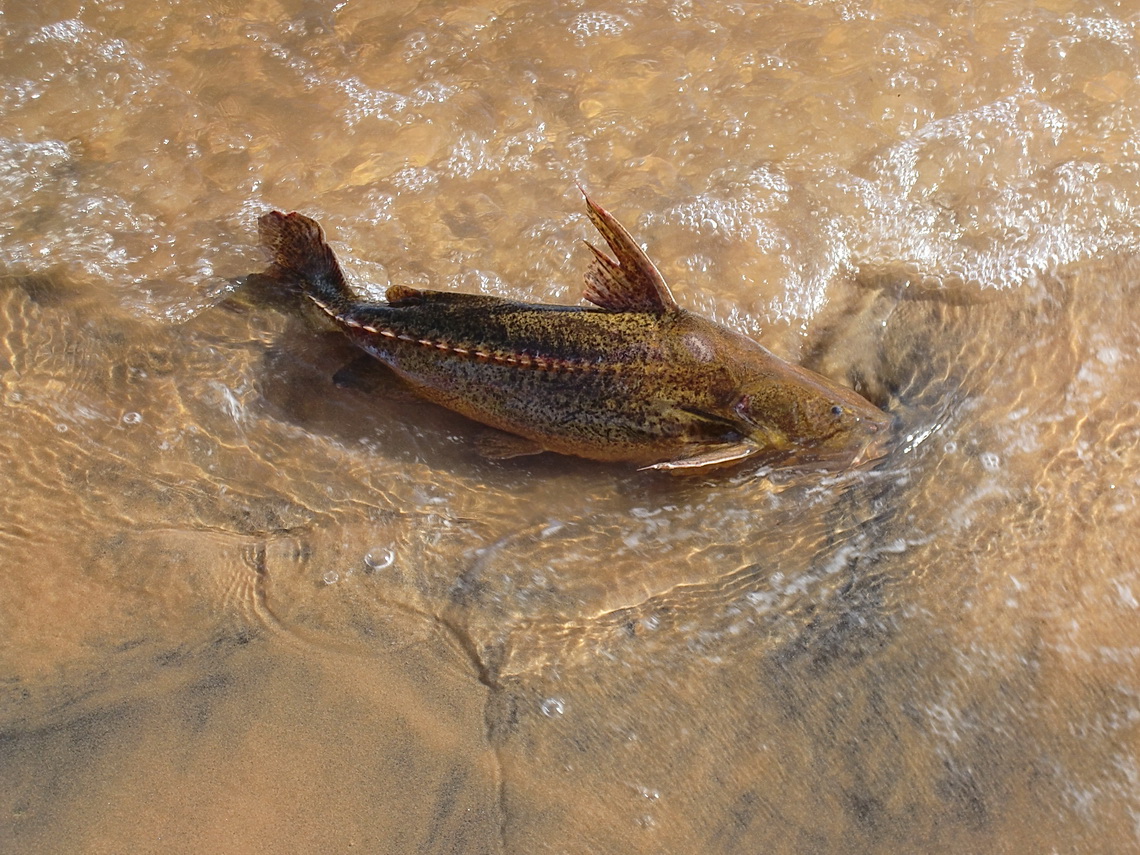 We crossed the beautiful swamps of Ibera on a good side road between Barranqueras and Saladas and we saw a lot of birds like storks. 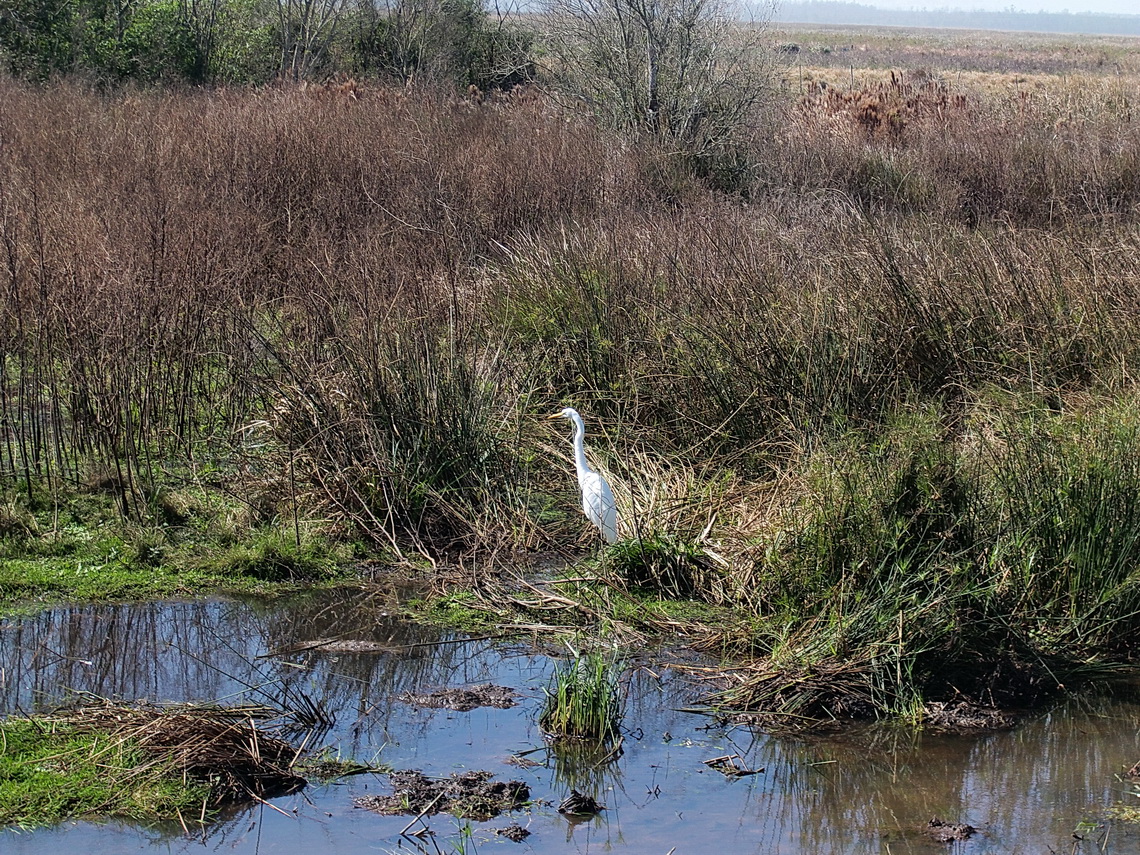 Close to the town of Mercedes is the main memorial of Gauchito Antonio Gil, the Robin Hood, inofficial saint and the male counterpart Difunta Correa in Argentina (see article from San Juan to La Rioja). One of his responsibilities is the protection of the car; thus we purchased a silver sticker "Gauchito Gil protege mi auto" and placed it into our car. 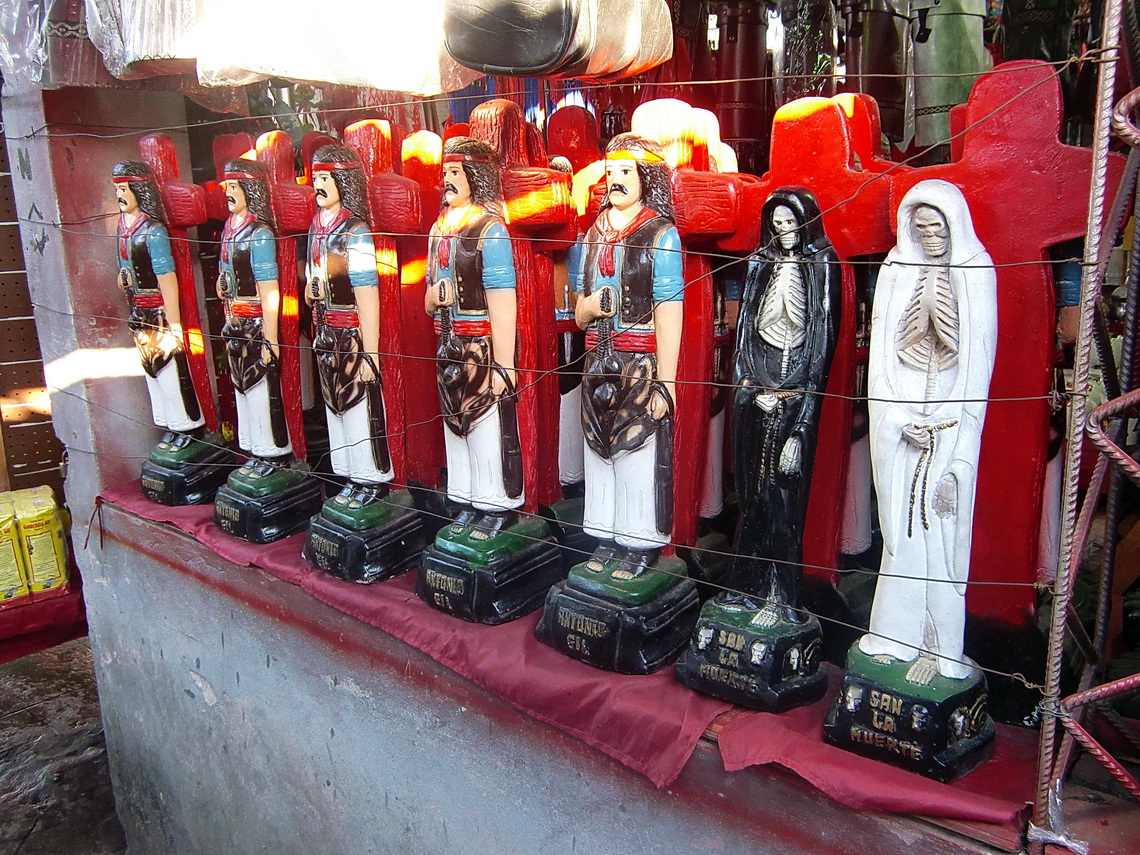 200 km south of Mercedes are the hot springs of Chajari, a perfect recreation area with jacuzzis, pools and campground. 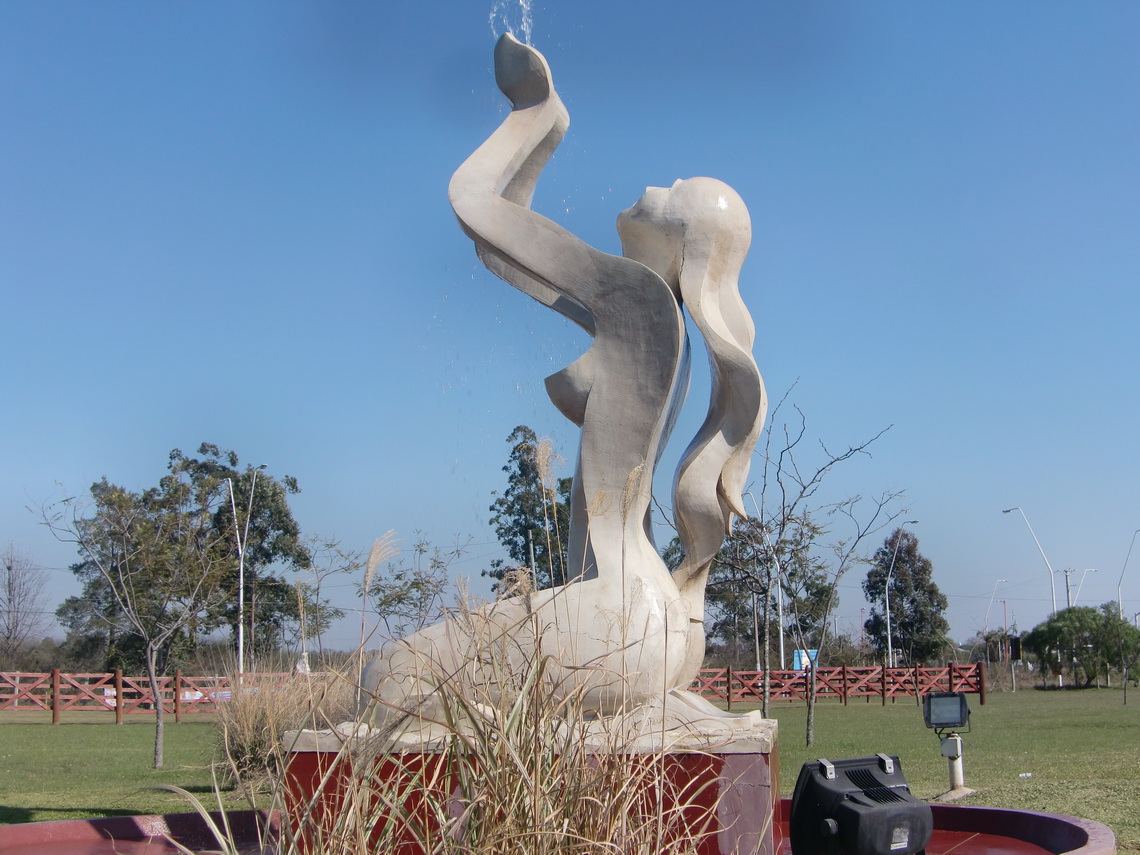 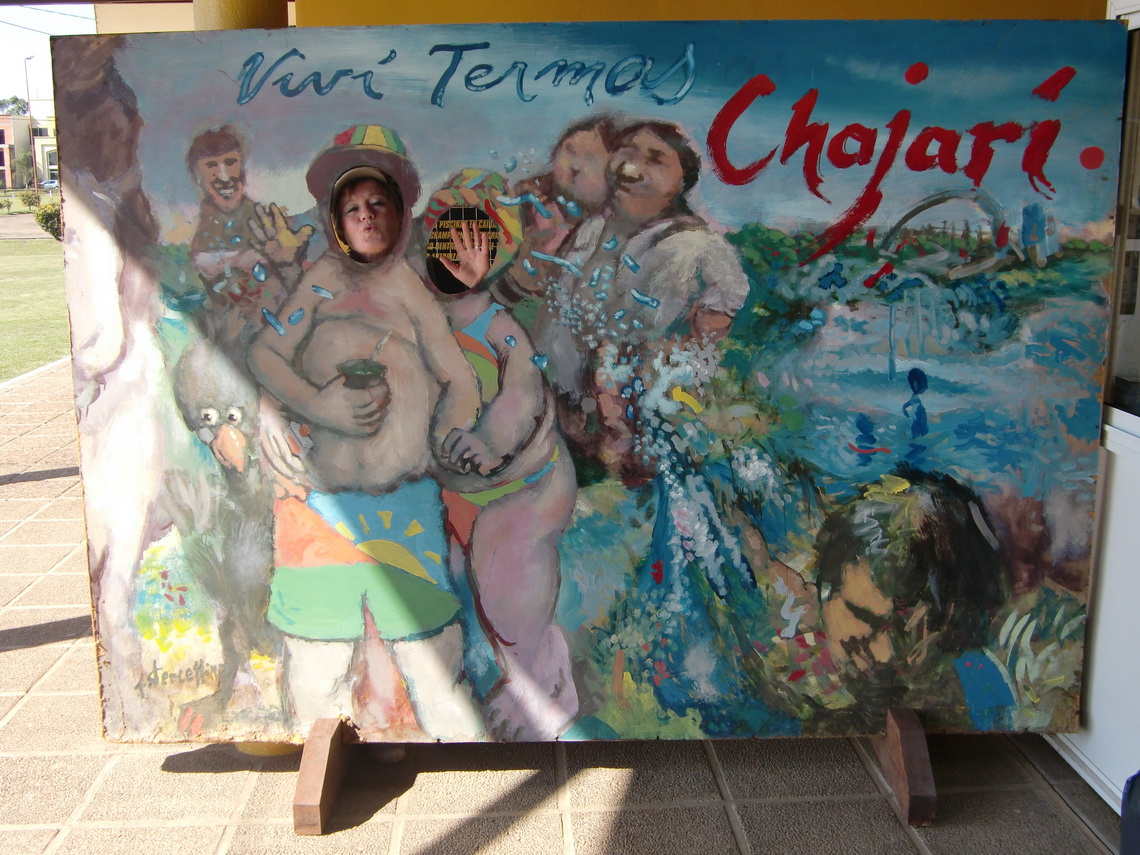 Concordia is a bustling city with a big pedestrian area and the nice park Castillo San Carlos on the shore of the Rio Uruguay. We stayed the night in the entrance parking lot there. 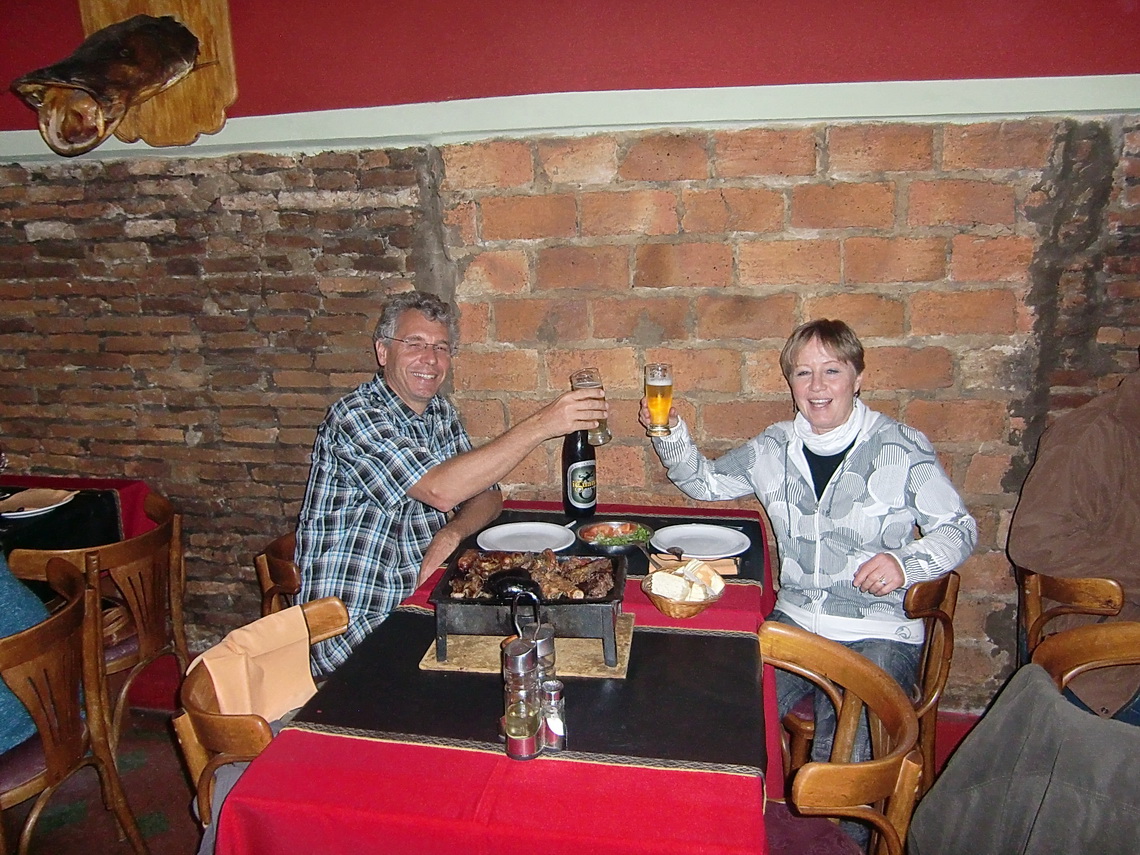 Hi there Marion and Alfred!
Today I remembered about you so I decided to visit your page. It looks wonderful. Beautiful pictures of the Waterfalls. I just wanted to know where were you and how you are doing. It's seems you had a great time in Misiones. You were near my province (corrientes-capital)such a pity I didn't know you were near :(.
How is your Spanish? Have you improved? I remember you had your dictionary.
Tomorrow I am travelling to Buenos Aires I'm getting a LASIK surgery in my eyes so I won't have to use glasses anymore.
:) Well that's all around here.
Hope to know about you, although I already know you are having a blast :)
HUGHS!
Quote
Refresh comments list
Add comment
JComments